Virgin Galactic has given a sneak peek at the inside of its spaceplane, VSS Unity, in a live-streamed event on YouTube.

The space travel company, alongside London design agency, Seymourpowell, has debuted its designs for a cabin that promises “providing safety without distraction” and “quietly absorbing periods of sensory intensity” whatever that means.

It’s a thorough design that addresses everything you could want for a space journey, including custom seats, mood lighting and a huge mirror. 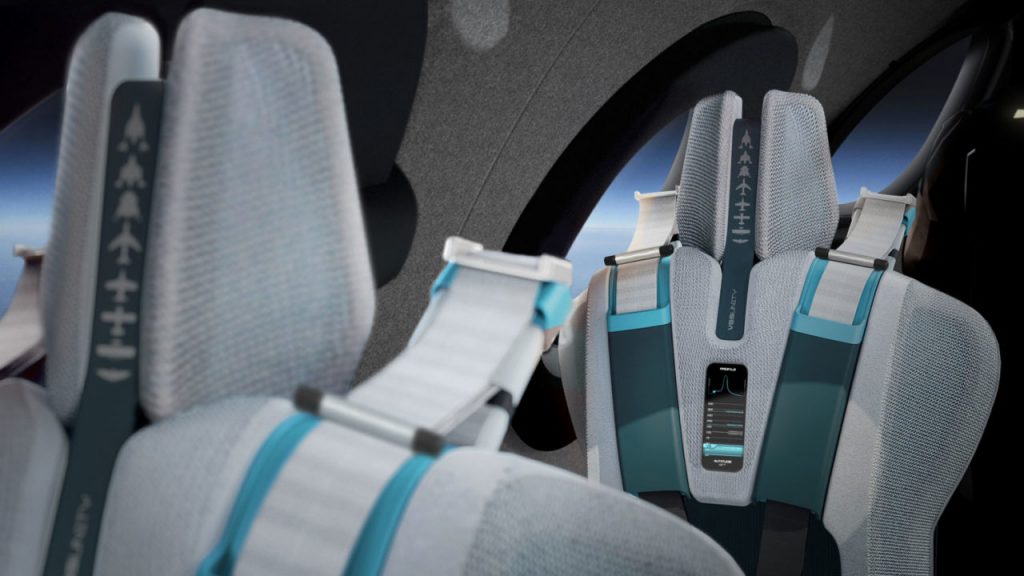 The seats are made from aluminium and carbon-fibre manufacturing techniques to give passengers – or, in this case – astronauts, maximum comfort. The recline is controlled by pilots to make sure everyone is properly positioned for G-force on boost and re-entry.

However, astronauts can also unbuckle at a certain time to experience zero gravity weightlessness. 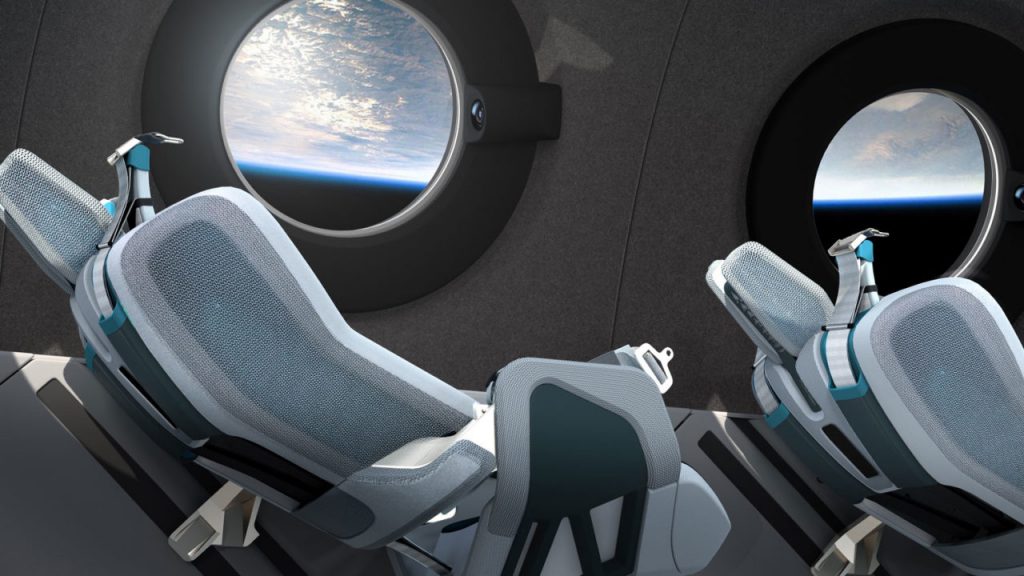 The cabin is kitted out with  12 large ‘halo’ windows to illuminate the spectacular views, and 16 cameras to ensure passengers get a good angle on their space selfies.

The back of the spaceplane features a huge mirror so astronauts can watch themselves as they float through zero gravity. 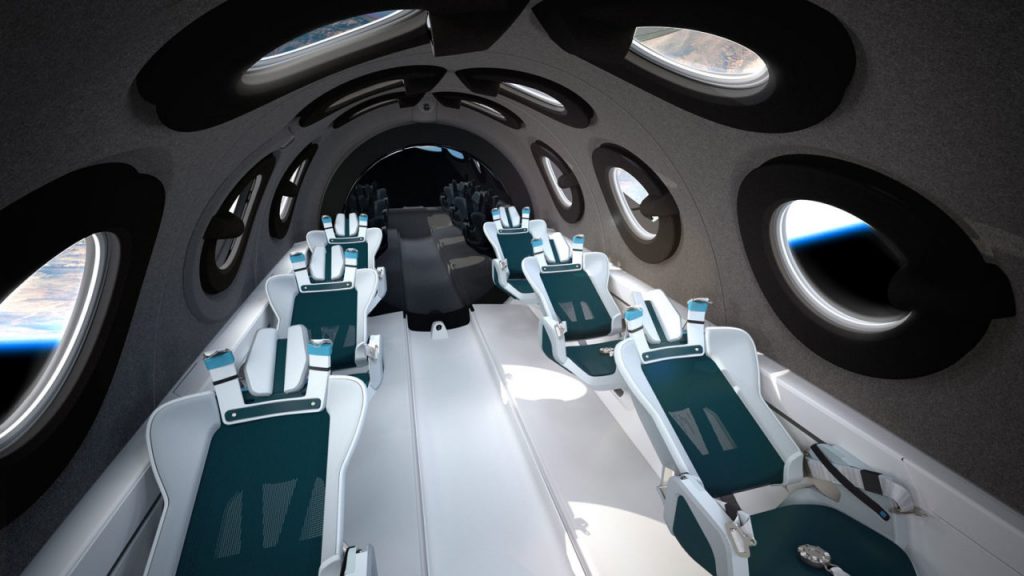 Michael Colglazier, who was named Virgin Galactic’s new CEO earlier this month, said the cabin interior is the centrepiece of the astronaut journey.

“The fascination with spaceflight is universal and Virgin Galactic is here to satisfy it,” he said.

“We are particularly proud to be able to share this latest milestone with millions around the world, particularly during these unusual times.”

Though there has been no set date for the ships first commercial flight, 600 people have reportedly signed up, with a further 400 more expressing interest.

Last year, Virgin Galactic’s founder Sir Richard Branson said he hoped the ships would be ready to coincide with the 50th anniversary of the lunar landing on 20 July 2019. However, the launch has been plagued by delays.

Much unlike passenger planes around the globe right now, this week’s Aviation Wrap is running at full capacity.