Flight VA781 to Cairns was the first aircraft to depart from Brisbane Airport’s second runway, baptised by a watercannon from Queensland’s Fire and Emergency Services.

An official ribbon-cutting took place on the $1.1 billion dollar strip of asphalt with VIP guests, 150 Brisbane Airport staff members and 10 local plane spotters, who won a place at the event, present to watch the departure.

The 737 was followed by an ariel acrobatics display including a series of linked manoeuvres, V-formation flying, and a tail chase performed by Brisbane based Fighter Pilot Adventure Flights. 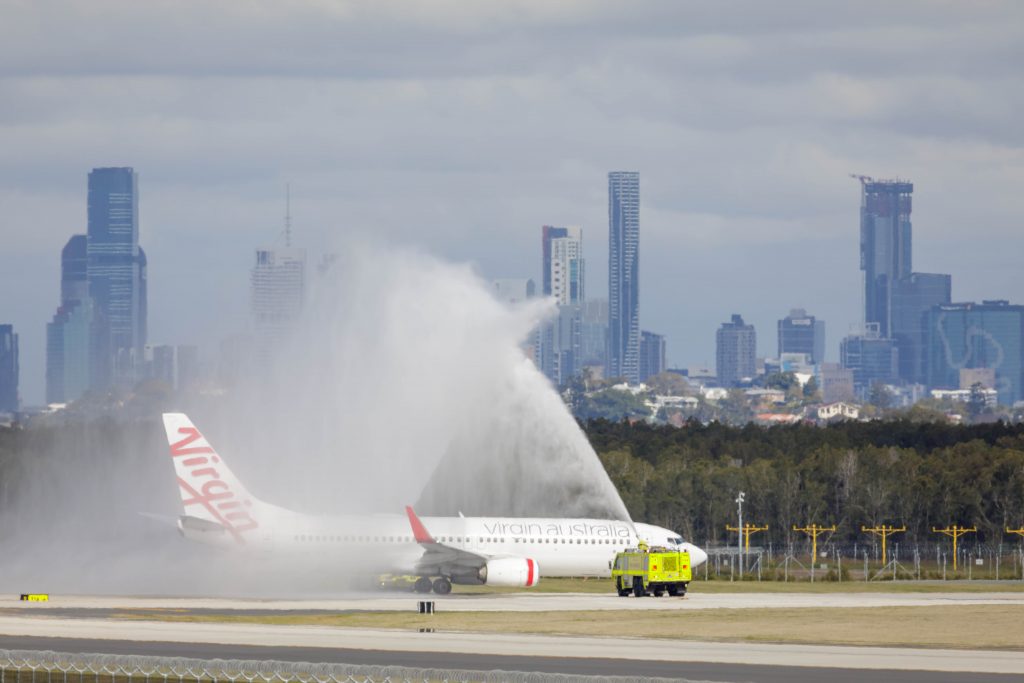 In a first for an Australian capital city airport, the space above BNE was closed to allow for the display.

The runway’s opening date coincided with the anniversary of the very first flight between Brisbane and Tropical North Queensland by Barrier Reef Airways, which took off 73 years to the day on 12 July 1947.

The opening also came just two days after Queensland reopened its borders to interstate travel from everywhere in Australia except for Victoria.

“This is more than just a formality and a slab of very expensive asphalt. When I look at that 3.3-kilometre stretch of runway, I see hope,” Brisbane Airport Corporation CEO Gert-Jan de Graaff said.

“While current world challenges mean less demand right now, the timing of this opening is fortuitous. Had we been any later, the project may have been delayed significantly creating more burden on the economy and dampening our spirits further.

“Instead, Brisbane is an ideal position to take advantage of all opportunities on the road to recovery from COVID.”