Virgin Australia is giving Aussie travellers and businesses more options to choose from, introducing a new range of economy airfares.

Travellers will continue to receive 23 kilograms of checked baggage and seat selection when they book an Economy Choice or Economy Flex fare.

Economy Choice will also offer bonus Velocity Frequent Flyer points and status credits, and booking flexibility for changes up to 14 days prior to departure without paying a fee.

Following a review of fares, pricing and bookings, which found that an average of 30 per cent of customers did not use their checked baggage allowance, Virgin is also introducing an Economy Lite seat-only fare.

The move positions Virgin as the only Australian airline to offer economy, Economy X, seat-only economy fares and business class. It will also bring Virgin in line with most major US and European carriers.

The new fares will reduce Virgin’s lowest lead-in economy fare to just $59, which is a 33 per cent reduction when compared to September 2019 prices.

A Virgin spokesperson said the new fares follow an extensive review of the airline’s fare pricing and structure.

“We discovered that nearly one in every three Virgin Australia customers don’t bring a checked bag when they travel, despite a bag allowance built in to their airfare. On flights between Melbourne, Sydney and Brisbane, that number is even higher,” the spokesperson said.

“Today, we’re putting the power back in the hands of our customers by leaving it up to them to choose what they want. If they don’t want a checked bag or seat selection, they won’t have to pay for it – it’s that simple. If they prefer to keep the extras, there are great value inclusive fare options available.

“Every customer is unique and has different needs and budgets, and we want to welcome all of them on board to experience our award-winning service, in the way that best suits them.”

Virgin customers, regardless of the fare type they purchase, will continue to receive complimentary tea, coffee and water on all flights, and earn Velocity points and status credits earn with every booking.

Also, Virgin Australia Club members, eligible Velocity members and lounge members will continue to have access to the airline’s premium and domestic lounges, irrespective of the ticket they buy.

The introduction of the new Economy fares follows the announcement earlier this week that Virgin will retain its premium loyalty program and premium lounges in Melbourne, Sydney and Brisbane. 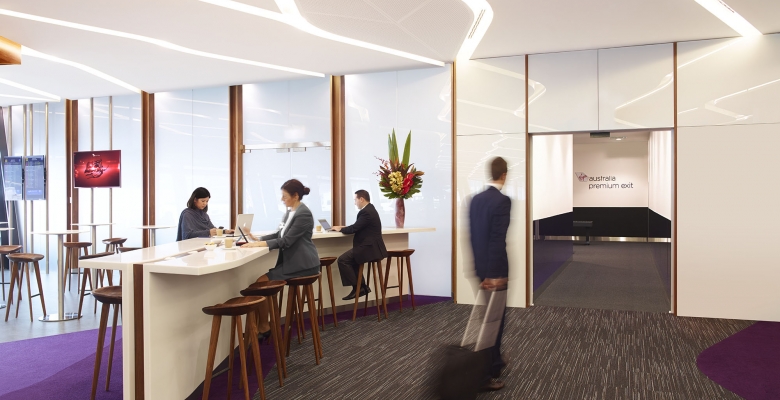 The airline expects to reopen the trio of premium Club lounges by the end of the first quarter of 2022, The Club lounges first closed on 23 March 2020 at the height of the COVID-19 pandemic.

However, Virgin said that due to high operating costs and low visitations, the Club lounges in Canberra and Perth will not re-open.

“Virgin Australia is currently investigating alternatives to provide a premium experience for Club members travelling through these cities,” it said in a statement.

As part of its Club loyalty program review, the airline will retire ‘The Club’ brand name for a new one that “reflects the airline’s future direction”.

Virgin said the new brand, along with updated loyalty benefits and eligibility criteria, and the future premium lounge offering, will be announced soon.

Since the relaunch of Virgin in November 2020, the airline has conducted a months-long review of its loyalty programs, and Velocity has entered into new partnerships with household names such as 7-Eleven, Youfoodz and Medibank.

“We have looked deeply to work out what we want to be”: Planeterra’s president on using COVID downtime wisely

You bloody beauty! Australia is the most popular country on Instagram