The year-round flights to Haneda will operate daily from 29 March 2020 (subject to government and regulatory approval) with an Airbus A330 aircraft, replacing the airline’s existing service between Melbourne and Tokyo’s Narita International Airport.

The flights are expected to save travellers more than an hour commuting into the city and complement Qantas’ existing daily flights from Sydney to Haneda, which the Australian national carrier has operated since 2015.

Qantas has also made some improvements for customers flying from Haneda Airport, with eligible passengers now able to access the Priority Lane at the airport’s security checkpoint, as well as Japan Airlines’ Sakura Lounge.

The new flights are on sale now, and customers already booked to travel from Melbourne to Narita will be automatically transferred onto these services or can make alternative arrangements. 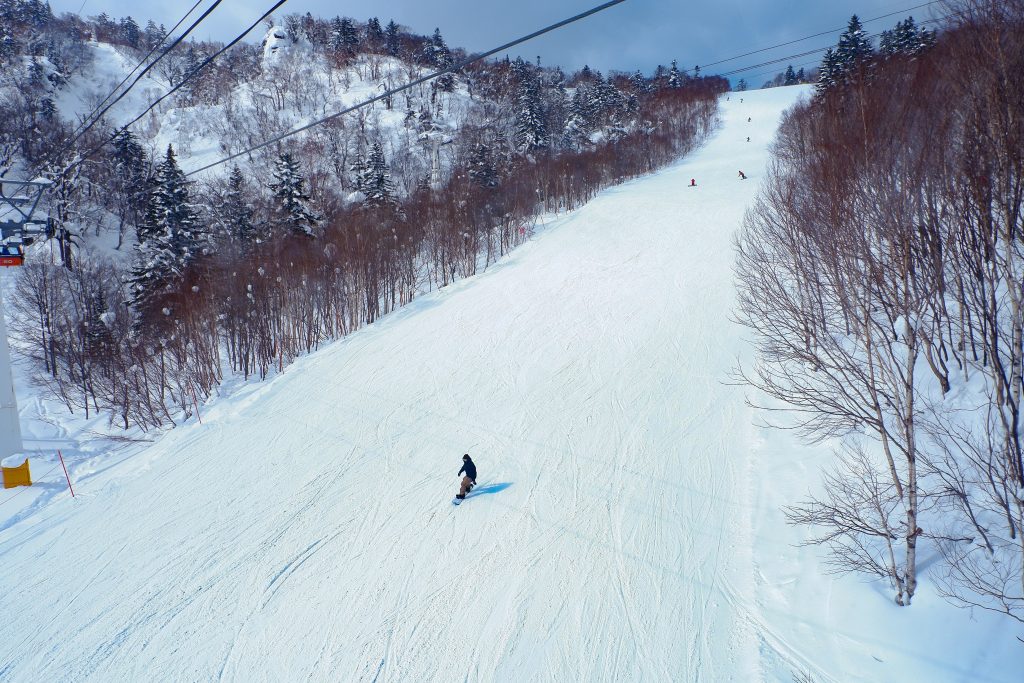 The announcement comes as the airline’s new seasonal flights from Sydney to Sapporo take off today, coinciding with the busy ski season in Japan.

Qantas is the only airline to connect Australia directly with the Hokkaido region, and the service is the national carrier’s fifth route between Australia and Japan.

The national carrier has also announced it will extend its seasonal service to Sapporo for another year.

The flights will operate three times per week during the 2020-21 ski season from 14 December 2020 to 27 February 2021 (subject to government and regulatory approval) with the airline’s upgraded A330.

The seasonal service will offer more than 10,000 seats on the route and is expected to drive tourism by creating a new option for travellers from the Hokkaido region to experience summer in Australia.

Qantas International CEO Tino La Spina (main picture, middle) said: “Japan is arguably the most in-demand place in the world to visit in 2020, and our new flights will make it even more convenient to travel there from Australia.

“The number of Australians travelling to Japan has more than doubled over the past five years, with more than 500,000 Australians visiting Japan in the last 12 months alone.

“Sapporo has been a very popular route with our leisure travellers. We’ve seen strong demand for the new service, particularly out of Australia, but have also doubled the industry demand from Sapporo since announcing in April this year.

“We expect the new Haneda service to be particularly popular with business travellers, who will save more than an hour of transit time in getting to the city and also starts ahead of the 2020 Tokyo Olympics,” he said.

“This comes as Qantas marks its 72nd anniversary of flying to Japan this week.”