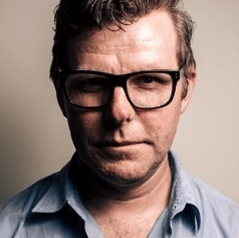 Qantas’ chief marketer says that while COVID-19 left the airline pretty close to the bottom of the pile in terms of winners and losers, the Australian travel industry is pretty well placed.

“Just to shed some more light on that: we have a border manual that we update on a regular basis in terms of where people can and can’t go,” Qantas’ CMO explained.

“We’re up to version 182 [of the] manual, to give you a sense of the complexity that creates for tourism.”

“You know, in Europe, we’ve operated 60 expeditions over the last summer in Europe, whilst the pandemic was quite aggressive,” she said.

“Yet, it’s still very difficult for us to get the AHPPC to sign off on a lot of those protocols.”

Longer term, Bratton said it was more about making sure that the cruise line is nimble and able to take advantage of the ongoing changes that are happening.

“An example is that we see a lot of people talking about booking 2023 product,” she explained.

“We’re actually still changing 2021 and 22, even though we’re normally well in advance with release with that, because we’re looking at what are the changes? What are the trends? Let’s be positioned for that.

“So, that’s very important to us is to enable us to take advantage of those differences. There are new destinations, new experiences coming out, and also potential acquisitions.”

Tourism Australia’s boss said consumer confidence was a big issue for the organisation.

“In the short term, there’s lots of demand there, but people are just going to be a little bit more conservative in their choices,” Harrison said.

“And what that does is it doesn’t help all of the industry players that are further away, interstate, that rely heavily on international travel that are really hurting at the moment. It really is a tale of two cities: best of times, worst of times.”

Hall, who was himself a victim of last-minute border closures and only beamed into the panel virtually from Melbourne, said the loss of skilled workers from the industry was another concerning trend.

Perversely, Harrison said some of Australia’s biggest hurdles to attracting international travellers – time, distance and cost – may no longer be such a big issue in a post-COVID world.

“We’ve actually seen through this pandemic, that people find us as a better value for money place because they will invest in a good holiday that is going to be safe for them,” she said.

“And they will travel further because we have wide-open spaces and we have the sort of things that they are going to be looking for in a post-COVID world.

Speaking of the resumption of international travel, Harrison reckons it will be “super-patchy” for a while.

“The reason I think that is because there’s still going to be a lot of friction to travel,” she said.

“So, it’s not like on one January 2022, the borders are going to fling open and we’re going to go back to where we were. We have to build up our aviation capacity.

“People are going to travel a little closer to home for a while. There’s still probably going to be some sort of quarantining or, you know, some sort of friction in the travel journey.

“So, we will find that some cohorts or groups like working holiday makers or visiting friends and relatives groups will take a bit of that friction, but for the leisure two-week holidaymakers, that’s a difficult sell.”

The in-person and virtual event was hosted by Nine to spruik its credentials as an advertising vehicle for the travel sector.

You can watch the panel session featuring Boundy, Harrison, Bratton and Hall in full here.