Berlin’s tourism authority has come under fire over a new ad campaign featuring an elderly woman giving the middle finger to people who refuse to wear face masks.

The “We obey the corona rules” ad was launched by the Berlin Senate and Visit Berlin, and initially appeared in a local newspaper, but has since garnered plenty of attention on social media.

The campaign comes with the slogan: “The raised index finger for all those without a mask.” 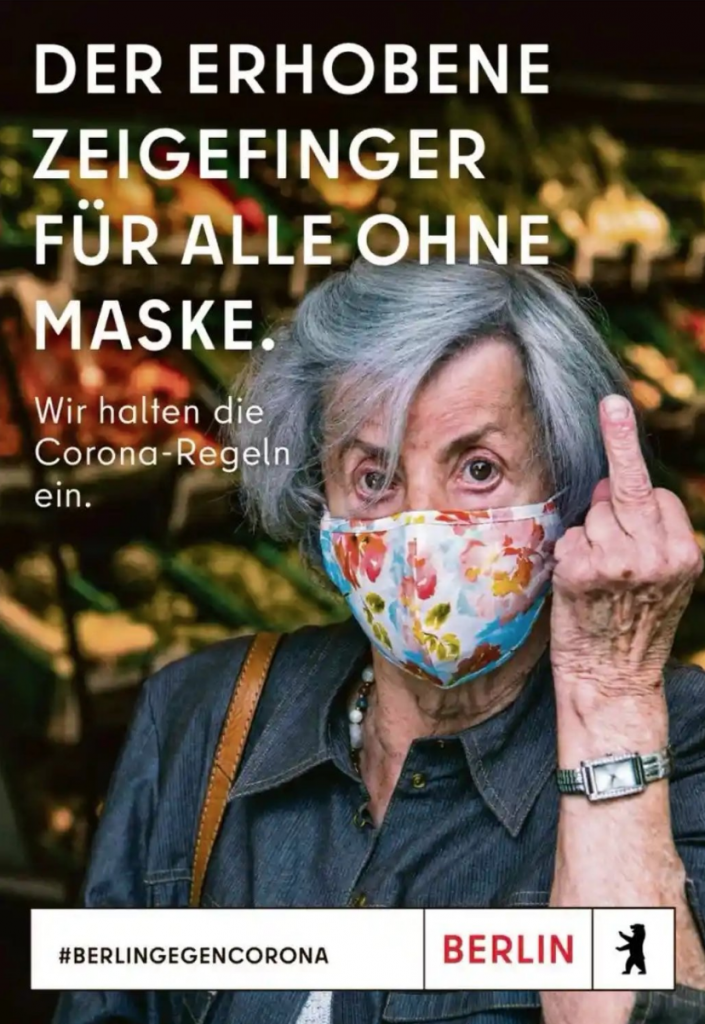 Speaking to BBC News, Visit Berlin spokesman Christian Tänzler defended the campaign, saying: “Most Berliners and our guests respect and follow the corona rules, but some people don’t.

“These people risk the lives of older people and people from the at-risk community.

“We wanted to give attention to this problem. For this reason, we have chosen this provocative motif.”

However, editor of Berlin’s Der Tagesspiegel newspaper, Lorenz Maroldt, led the chorus of complaints about the spot.

“I think the ad is in a way ‘classic Berlin’ and would work out well without the dysfunctional corona-politics of the Senate as a contrast to it,” Maroldt wrote in an editorial piece.

“The Senate seem to think that insulting people is more successful than strict, clear rules with efficient controls. They failed with that completely.”

Explore's European tours are back, baby!

After P&O Ferries did a very loud and smelly fart in the office, P&O Cruises scuttled away to the corner in second hand embarrassment.

Is getting vaccinated 90 times a crime or a superhero origin story? Be sure to watch this space if you’re keen to find out.

The EU’s strong stance against Russia has extended to the nation’s airlines following the country’s invasion of Ukraine last week.

Were not sure how to UnCruise… and when we asked the company’s vice president of operations, she thought we were joking.