A week-long tourism advertising blitz has begun across the country today, aimed at getting Aussies to book their next domestic holiday and boost visitation to those regions that need it the most.

The $5 million marketing push is the first major activation of Tourism Australia’s ‘Holiday Here This Year’ campaign for 2021, and will run until 6 February.

It aims to inspire people to take a well-deserved break and, in doing so, provide much-needed support to tourism operators and communities around the country.

As part of the nationwide initiative, Tourism Australia is also encouraging the tourism industry to coordinate an aligned advertising push across their own marketing and social media channels during the same period.

Minister for Trade, Tourism and Investment Dan Tehan said the campaign was part of the federal government’s ongoing support for the domestic tourism industry, which is worth $100 billion to the Australian economy and supports more than 621,000 local jobs.

“We want Australians to get excited about holidaying in Australia,” Tehan said.

“Our country is one of the most popular tourist destinations in the world, and this year is an opportunity for Australians to discover why.

“This nationwide advertising blitz will inspire Australians to plan and book their next domestic getaway in the weeks and months ahead.” 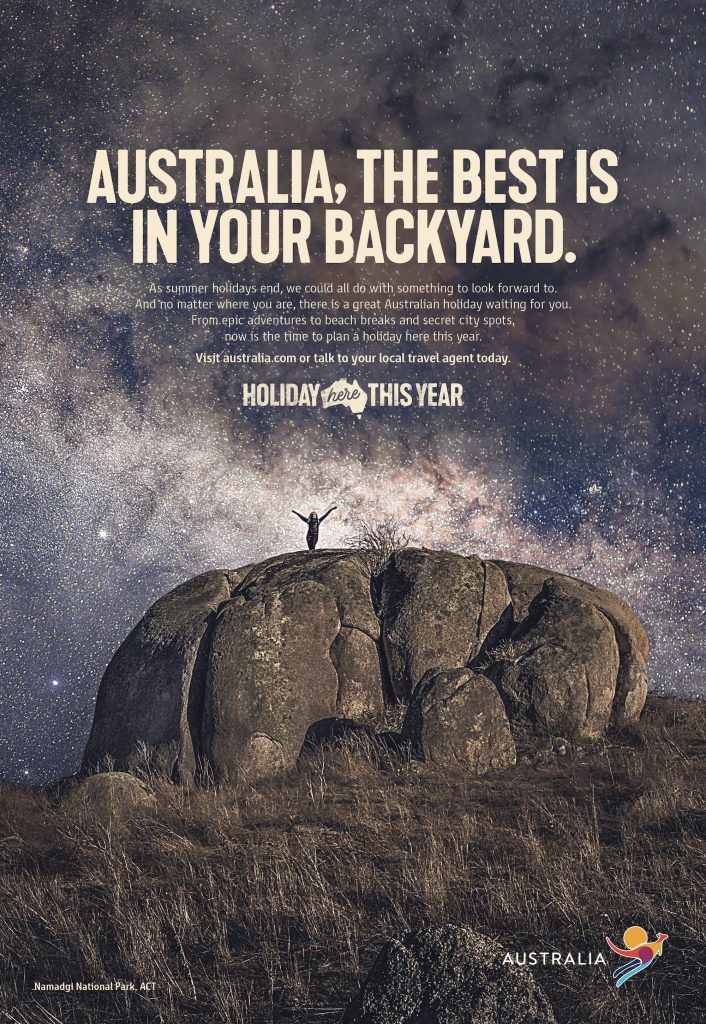 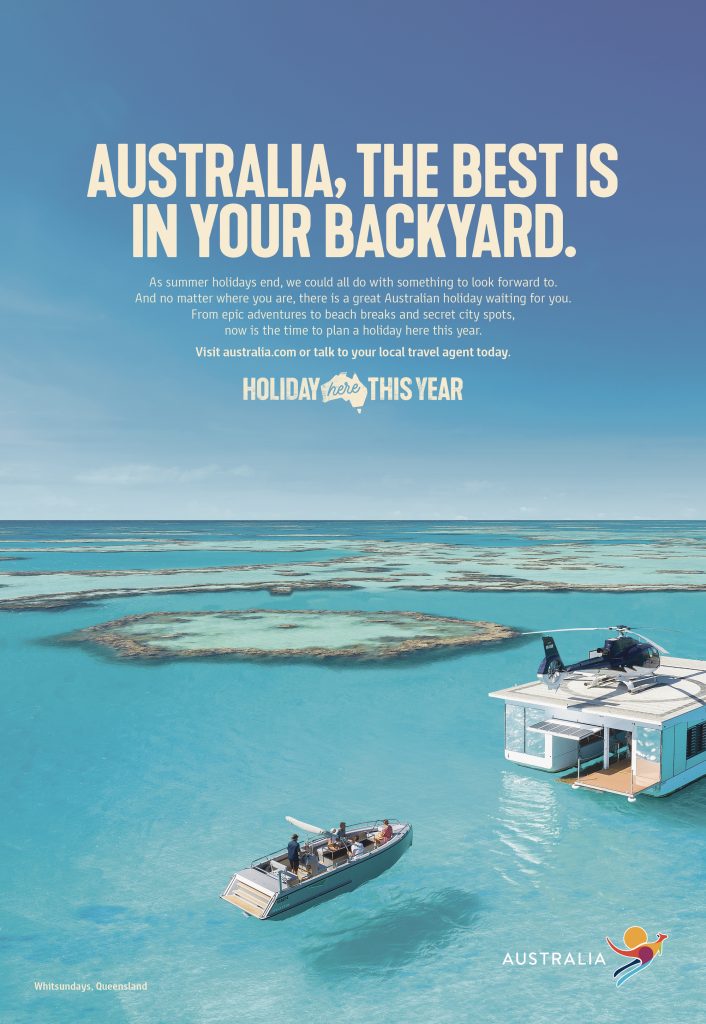 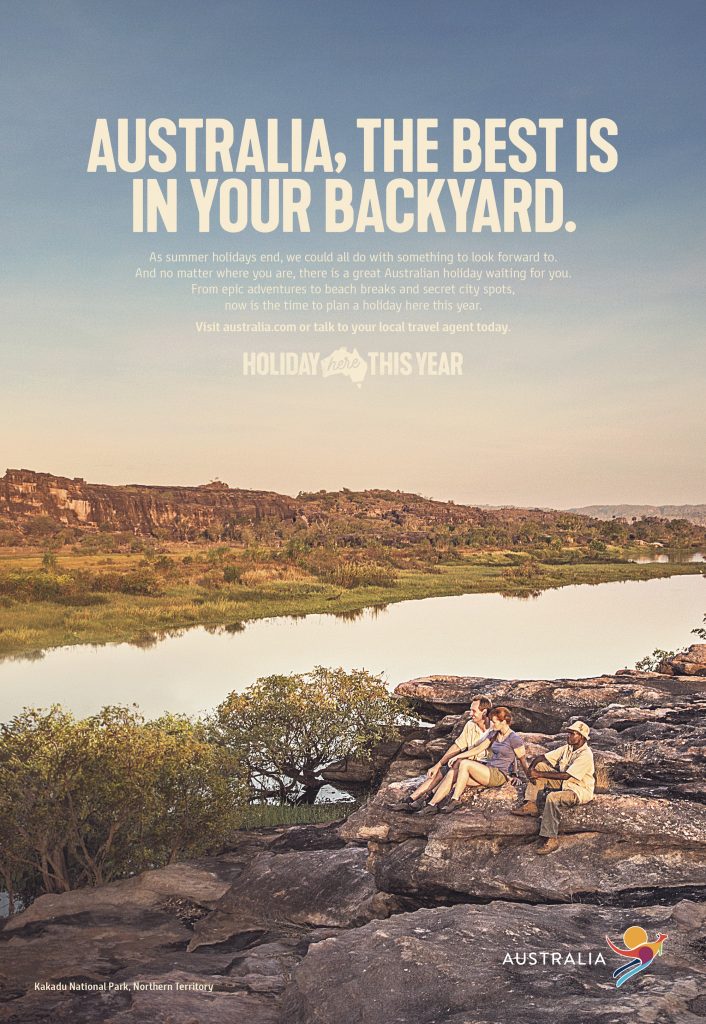 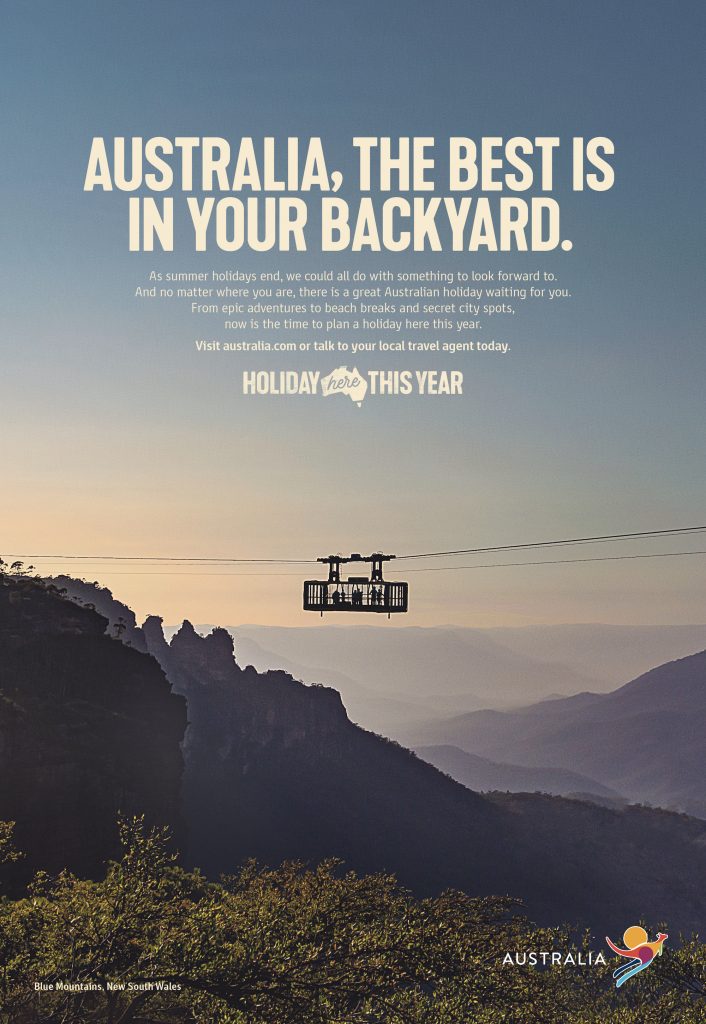 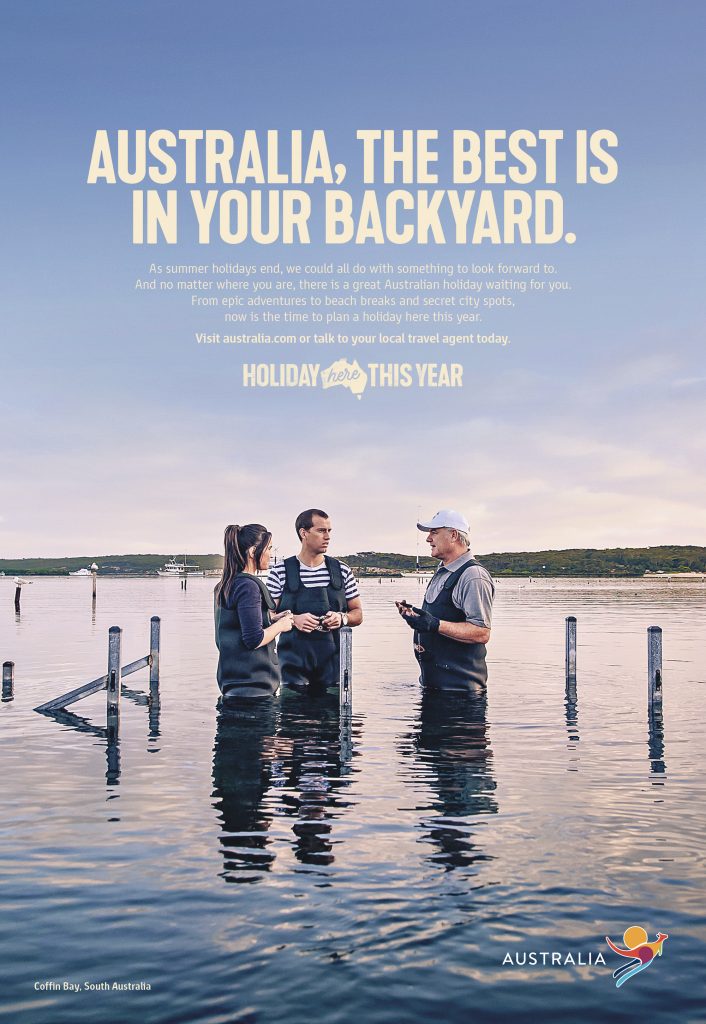 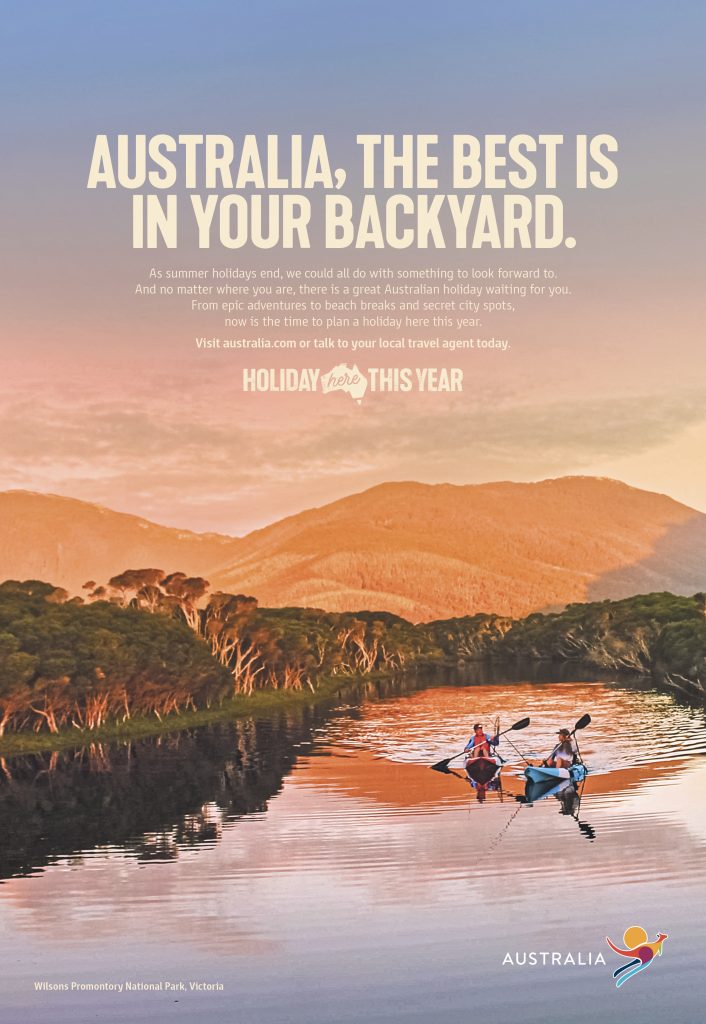 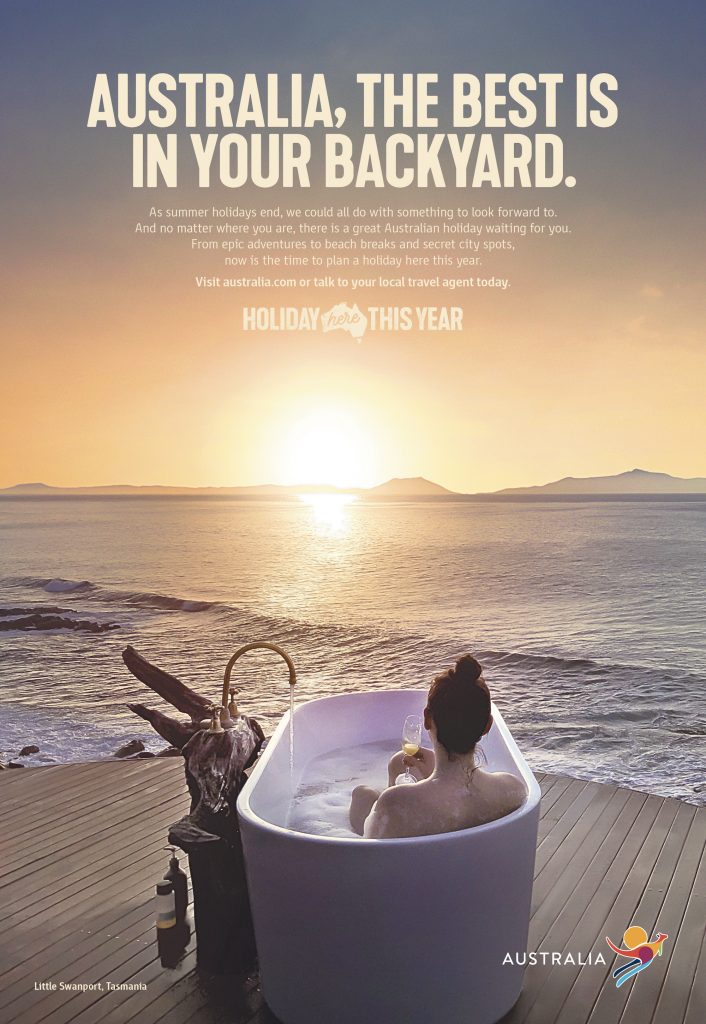 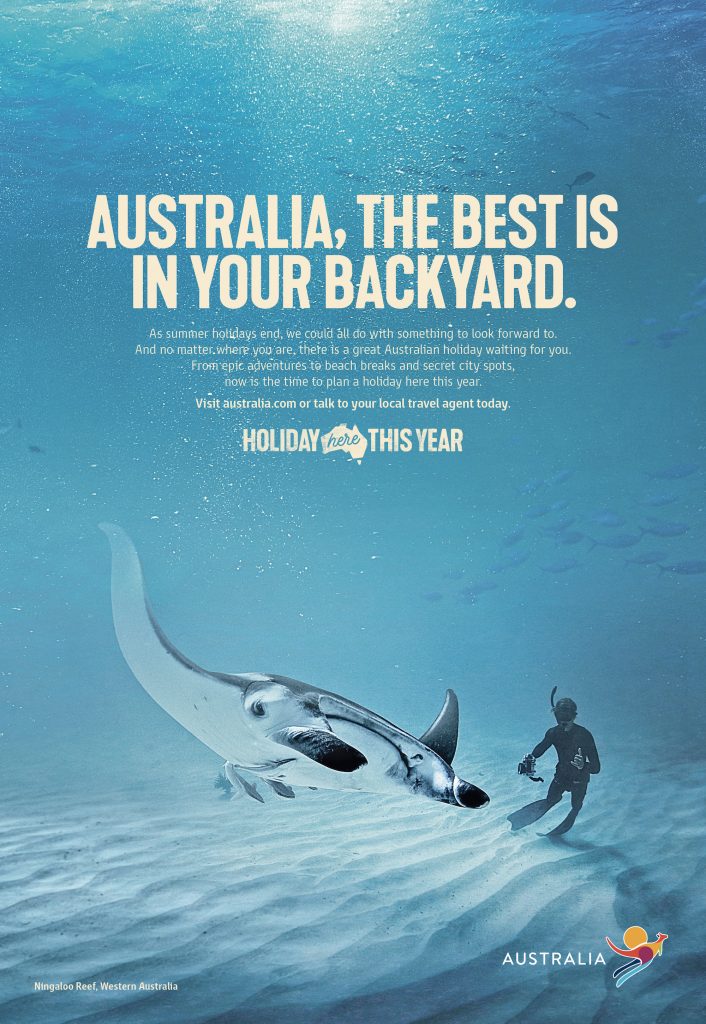 Tourism Australia managing director Phillipa Harrison said that with many Aussies returning to work, now was the perfect time to provide them with the inspiration and ideas to book their next holiday.

“Summer is typically the busiest time for our tourism industry, with many operators relying on the revenue generated during this period to support them throughout the year,” she explained.

“But, as a result of the challenges that we’ve continued to face across the country, for many tourism businesses, this holiday season unfortunately hasn’t gone to plan so far.”

Despite the recent disruptions, Harrison noted that consumer confidence remains high, with many Aussies keen to take a break and get out and explore their own backyard.

“This campaign is all about capitalising on this pent-up demand by providing those people with all the content and inspiration they need to convert this desire and yearning for a holiday into actual bookings,” she said.