A 1970s Ansett Airlines inflight bar menu has gone viral after revealing the laughably cheap prices of alcohol at the time.

The menu was posted to Facebook by Canty’s Bookshop in Canberra after it was found inside a Charles Dickens book.

It has since been posted to a Reddit group about Australian culture and gone viral. 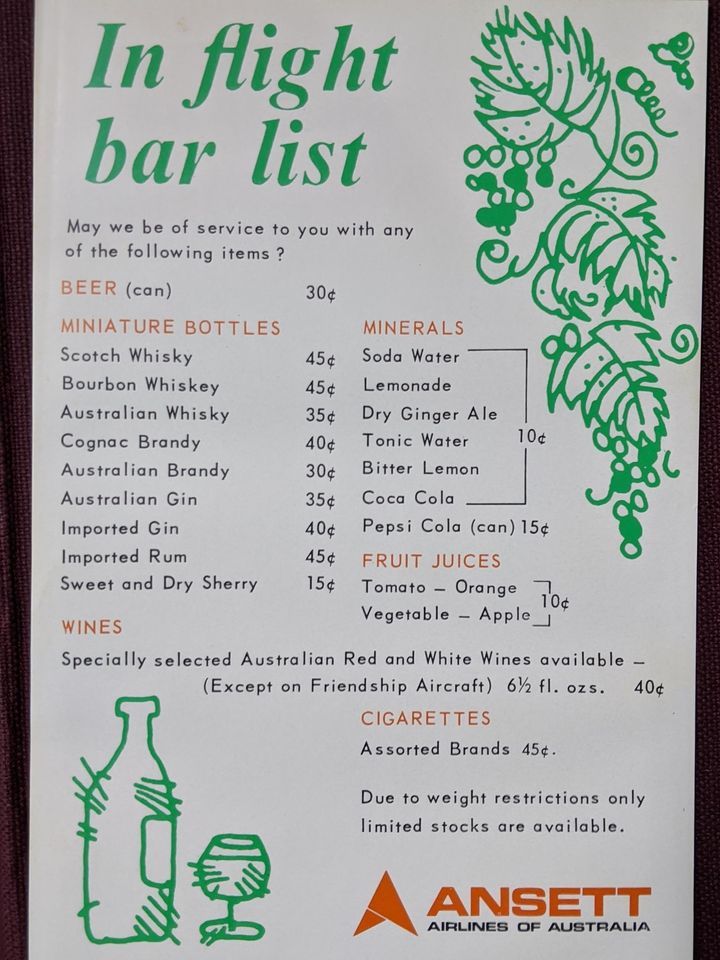 A commenter on the original post has estimated the menu would have been from between 1968 and 1970, based on the Ansett logo and the price of the cigarettes.

Even taking inflation into account, if the date is correct, these prices are still dirt cheap by today’s standards, according to news.com.au, which reported a 30-cent beer can in 1975 would equate to $2.17 today.

Ansett entered voluntary administration the day after the 11 September terrorist attacks in the US in 2001, with reports indicating it was losing $1.3 million a day.