“There is finally some light at the end of the tunnel”: Helloworld boss backs vaccination pathway following $35.9m loss

Helloworld revealed a net loss after tax of $35.9 million in its full-year (unaudited) results announcement yesterday, compared to $70 million in FY20.

The ASX-listed travel player’s underlying earnings before interest, taxes, depreciation and amortisation (EBITDA) were at a loss of $14.1 million, compared to a $44 million EBITDA loss in FY20.

Helloworld’s ticket consolidation business, Air Tickets, refunded or passed on airline flight credits for over 450,000 tickets worth over $600 million in FY21.

The company also managed over $150 million in cruise and wholesale refunds and credits back to its agency networks and on to consumers.

Helloworld’s workforce across Australia, New Zealand, Fiji and India reduced by approximately by 44 per cent to 885 in FY21, with the remaining personnel working reduced hours or stood down.

At the end of FY21, Helloworld had 595 full-time employees working in Australia, 88 working in New Zealand and 43 predominately in Mumbai, Nadi and Athens.

The company noted that these staffing numbers have reduced further as a consequence of the current lockdowns in Australia and New Zealand. 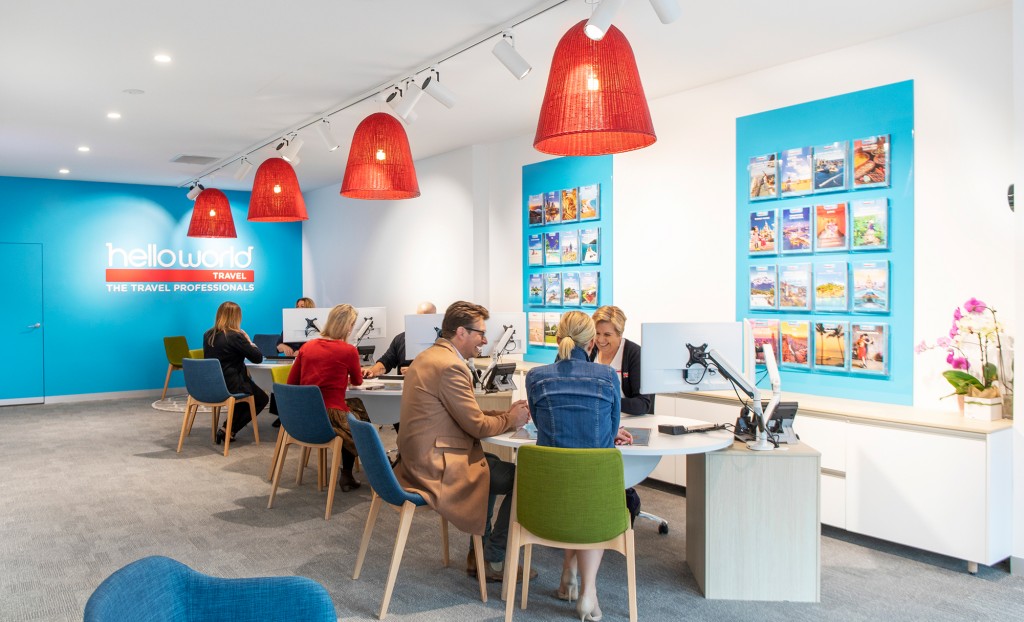 Looking forward, Helloworld said its long track record in domestic travel in Australia and New Zealand, along with an eventual reopening of borders between the states and trans-Tasman, will be sufficient to generate break-even TTV levels across the business in FY22.

“It has been a very difficult time for our industry, but after 18 months of being largely shut down, there is finally some light at the end of the tunnel as Australians and New Zealanders embrace vaccination as the pathway out of this pandemic,” said Helloworld CEO and managing director Andrew Burnes.

“It is now abundantly clear that fatality rates amongst those who are vaccinated, even with one jab, are minimal and the effect of the virus is greatly diminished.

“With rapid testing, herd immunity and the extraordinary desire of the human race to explore, travel will once again become one of the most in-demand experiences in the years ahead and travel agents will rebound across both sides of the Tasman.

“Travel professionals across HLO’s agency and broker networks located across the breadth and depth of Australia and New Zealand will be at the forefront of organising and managing travel for their customers, and our corporate, wholesale and inbound businesses will rebound as well.

“Captain James Cook wrote in 1770, ‘I had ambition not only to go farther than any man had been before, I had ambition to go as far as a man could go.’

“For many of us, that is currently five kilometres, but with determination and resolve, we will get out of this situation and once again set forth over land, sea and air to explore the four corners of our great planet.”

Travel companies are all making their comebacks with Helloworld adding to the list of upturns in this series of 1H22 reporting’s at Travel Weekly.