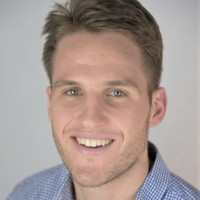 Outdoor apparel brand The North Face has been forced to apologise for a campaign in which it bragged about manipulating Wikipedia to gain free advertising.

Looking for some high-traffic, free advertising, The North Face and creative agency Leo Burnett Tailor Made devised a plan to remove existing images on popular Wikipedia pages of destinations and replace them with images that promoted its range of products.

In the video uploaded as part of the campaign, The North Face asks (via Google search), “How can a brand be the first on Google without paying anything for it?” before gloating about its success.

It claims the campaign helped it reach “the top of the world’s largest search engine, paying absolutely nothing”.

Sure enough, Wikipedia wasn’t happy with the stunt, sending out the following tweet:

Yesterday, we were disappointed to learn that @thenorthface and @LeoBurnett unethically manipulated Wikipedia. They have risked your trust in our mission for a short-lived consumer stunt. 1/ https://t.co/aIl5XEkS3z

It also added: “When companies like The North Face take advantage of the trust you have in Wikipedia just to sell you clothes, you should be angry.

“Their actions have gone directly against the spirit, purpose, and policies of Wikipedia to provide neutral, fact-based knowledge to the world.”

After being called out, The North Face soon backed down, confirming the campaign had been ended:

We believe deeply in @Wikipedia’s mission and apologize for engaging in activity inconsistent with those principles. Effective immediately, we have ended the campaign and moving forward, we’ll commit to ensuring that our teams and vendors are better trained on the site policies.

“Our mission is to expand our frontiers so that our consumers can overcome their limits,” he said in a statement.

“With the ‘Top of Images’ project, we achieved our positioning and placed our products in a fully contextualised manner as items that go hand in hand with these destinations.”

Missed out on the Destination Australia conference yesterday? Catch up on some of it here.

Did you enjoy the previous campaign by Lithuania’s capital city? Well, we can’t guarantee its new one is as raunchy, but it still contains an ample amount of wackiness.