Cane toads decended on Sydney from the North yesterday on the first ever Holden State of Origin cruise from Brisbane.

Ok, maybe not actual cane toads but a ship load of rugby league fans and ex-players, who would have had more reason to celebrate after Queenslands (not so shocking?) win against News South Wales in last nights first game of the State of Origin series.

P&O Cruises’ Pacific Dawn arrived in Sydney about 630am yesterday, cruising past the Opera House and docking at White Bay for a special overnight visit, with all guests receiving entry and transfers to the Origin opener as part of the cruise fare.

With 2000 predominantly Queensland guests onboard, the ship carried a significant number of the Maroons fans to ANZ Stadium for the game.

The seven-night roundtrip cruise departed Brisbane on Saturday, calling at Moreton Island on Sunday where past players including Queenslanders Steve Price and Petero Civoniceva and Blues legends Steve Menzies, Paul Harragon, Steve Roach and Paul Sironen went head to head with guests in a game of beach touch football. The ship also called at Newcastle.

During the cruise, fans have enjoyed a range of league-themed activities from Origin trivia hosted by Foxtel presenter Steve Hart plus photo opportunities and Q&A sessions with the former players.

The ship sails home to Brisbane today, no doubt with a few sore heads on-board from celebrations of the win.

P&O Cruises President Sture Myrmell said the cruise line’s expansion to a five-ship fleet had allowed it to bolster its event offering to include one of the biggest fixtures on the local sporting calendar, with the cruise proving to be a sell-out. 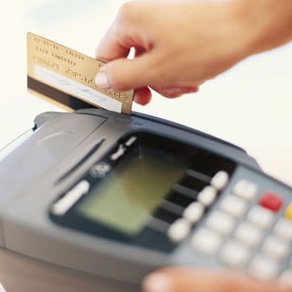 What the card payments reform means for travel

Summer cruises are on hold yet again so those looking for a chance to get drunk on a boat will have to hire out a tinny for the holiday season.