Qantas and Four Pillars have released a uniquely Australian gin to commemorate the centenary of the national carrier.

The QF100 gin traces its roots back to Longreach, the birthplace of Qantas, and features botanicals sourced from the central-western Queensland region.

Four Pillars co-founder and distiller Cameron Mackenzie said he wanted to create a gin that encapsulated the ’Spirit of Australia’ and travelled to the outback community to forage for botanicals native to the area, under the guidance of local indigenous elder Suzanne Thompson.

“For 100 years, Qantas has connected Australians with the world, shaping the country we live in today,” he said.

“We were absolutely thrilled to be able to celebrate the centenary of the flying kangaroo with a truly unique, very Australian gin.

“Almost every grass, leaf, berry, or fruit in this region has a use within the Indigenous culture and has done for thousands of years. When we visited last year, native lemongrass was plentiful, and it has become the heart and soul of this gin.

“Both Suzanne and I knew this botanical would work magnificently in the gin because it paired so well with the vibrancy of other botanicals.”

Other native Australian ingredients include macadamia and lemon myrtle.

Stephanie Tully, chief customer officer at Qantas, said the limited-edition centenary gin celebrates the bold beginnings of the airline as it emerges from the most challenging period in its 100-year history.

“Our founders credit the support of the people of central-western Queensland as instrumental in getting Qantas off the ground back in the early 1920s, so we are delighted to launch a special gin that honours the region that has backed us since our beginning,” she said.

“The QF100 gin features a label with grey strips to replicate the vertical corrugated iron from the original Qantas hangar at Longreach.”

Over the coming months, Qantas will feature the gin in a signature centenary cocktail named the “Longreach Fizz” for customers visiting the Qantas International First lounges in Sydney and Melbourne, the Brisbane International Lounge (which recently reopened as part of the two-way bubble with New Zealand) and the six domestic Chairman’s lounges. 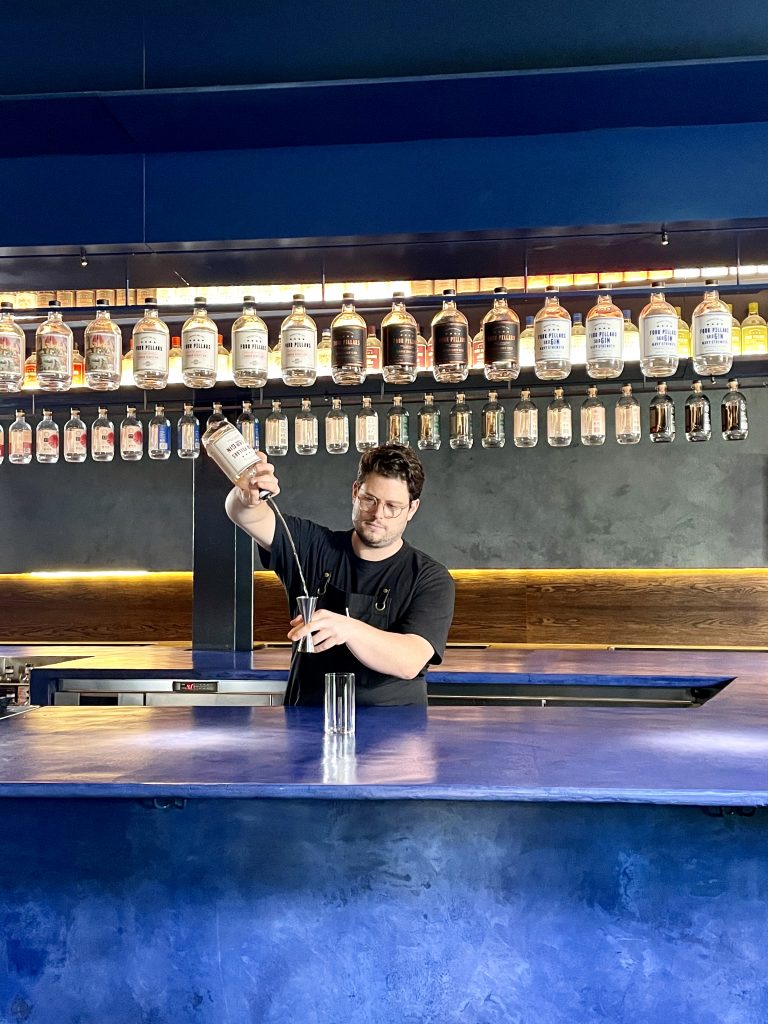 The QF100 gin retails for $90 and is available via the Qantas Wine website.

Phuket opens to vaccinated foreign tourists, rest of Thailand to follow from December