A vibrant culture with friendly people set on a postcard-backdrop of natural majesty, Malaysia is the perfect habitat for any keen travel bug.

Lazy stretches of white sand on palm-fringed lapis lazuli waters, eclectic cities bubbling with culture and fantastic cuisine, adventure activities not for the faint-hearted, and tropical rainforests crawling with life and natural beauty.

But with all this going on, the idea of visiting this friendly and exotic neighbour threatens to overwhelm even the most experienced traveller.

From the quiet bookworm more at home under a palm tree with a book, to the action-seeking dare devil, this nearby neighbour makes a promise not to disappoint.

1. Take tea in the Cameron Highlands

Lush verdant valleys replete with strawberry beds, roses and English vegetables – these are not what you expect to see in tropical Malaysia. And yet, there they are, ubiquitous and abundant in the Cameron Highlands, a small pocket of Malaysia where traces of the British Empire can still be keenly felt. The Cameron Highlands is one of Malaysia’s most extensive hill stations, first developed by the British in the 1920s, and renowned for its trails which lead visitors through its famous Mossy Forrest to waterfalls and other tranquil spots. Apart from its jungle walks, the sanctuary is also known for its tea plantations and no visit is complete without a “tea factory” tour rounded out with tea and scones amidst some of Malaysia’s most spectacular scenery.

Penang has long been regarded as one of Malaysia’s favourite tourism spots. The island boasts an enviable range of historical and cultural attractions, not to mention an abundance of beautiful beaches and some excellent shopping for those after a little retail therapy.

And of course there is the cuisine! Penang’s multicultural heritage, with its strong Chinese, Indian and Portuguese influences, has produced a thriving local foodie scene characterised by a myriad of tantalising flavours – with the result that the city is now regarded as one of the world’s top food destinations.

For a truly authentic Penang experience head to Georgetown in the north-east corner of Penang Island. This charming city retains many of its colonial-era shop houses to this day and is officially recognised as having a unique architectural and cultural townscape without parallel anywhere in Southeast Asia. The town truly springs to life in the evenings, when most of the locals head to the nearby street hawkers to have their meals and drinks.

3. Be at one with Nature in Taman Negara

Taman Negara, which literally means national park in Malay, is one of the oldest tropical rain forest in the world, featuring massive trees, waterfalls, jungle treks of various duration and the world’s longest canopy walkways. Several trails allow visitors to explore the forest without a guide. Taman Negara is also a haven for endangered species such as the Asian elephant, tigers, leopards and rhinos, along with some spectacular birdlife, small deer, lizards, snakes and perhaps even a tapir.

4. Cast yourself away on Pulau Tioman

This tiny island located off the east coast of peninsular Malaysia is a frequent inclusion on travellers’ lists of the world’s most beautiful. A magnet for visitors seeking a taste of paradise, the island is surrounded by numerous white coral reefs, making it a haven for scuba divers, while the interior is densely forested. While tourists can outnumber villagers outside the monsoon season (November to February), Tioman can be virtually deserted at other times, making it a perfect time to visit.

The Petronas Twin Towers in Kuala Lumpur were the world’s tallest buildings before being surpassed in 2004 by Taipei 101. However, the towers are still the tallest twin buildings in the world. The 88-floor towers are constructed largely of reinforced concrete, with a steel and glass facade designed to resemble motifs found in Islamic art, a reflection of Malaysia’s Muslim religion. The Petronas Twin Towers feature a sky bridge between the two towers on the 41st and 42nd floors and the view of bustling Kuala Lumpur from the top is nothing short of spectacular. Afterwards, head up to Marini’s on 57 on the 57th floor of Petronas Tower 3, for a restorative cocktail, with the Petronas Twin Towers a dazzling backdrop.

6. Escape to the Perhentian Islands

Located off the coast of northeastern Malaysia not far from the Thai border, the Perhentian Islands are the must-go place in Malaysia for budget travelers, boasting some of the world’s most beautiful beaches along with great diving with plenty of cheap accommodation. The two main islands are Perhentian Besar (Big Perhentian) and Perhentian Kecil (Small Perhentian). Both the islands are surrounded by palm-fringed, white sandy beaches and turquoise blue sea, and are perfect place to relax and yield to your inner Robinson Crusoe.

7. Cuddle up to an Orangutan

No visit to Malaysia is complete without a visit to Sabah’s Sepilok Orang Utan Rehabilitation Centre. Opened in 1964 for rescued orphaned baby orangutans from logging sites, plantations and illegal hunting, for over half a century the Centre has successfully trained its charges to survive in the wild and releases then as soon as they are ready to do so. The Orang Utan sanctuary is located within the picturesque Kabili-Sepilok Forest Reserve, much of which is virgin rainforest. About 60 to 80 orangutans live free in the reserve. It is rightly one of Sabah’s top tourist attractions and the opportunity to interact with these charismatic and endangered species is unforgettable.

8. Get batty in the Mulu Caves

To some people, the simultaneous exodus of millions of bats from a cave might send chills down the spine – especially one big enough to accommodate forty Boeing 747 airplanes. But for those prepared to brave the bats, Malaysia’s Mulu Caves truly awe-inspiring. Located in the Gunung Mulu National Park in Malaysian Borneo, the incredible caves are surrounded by mountainous equatorial rainforest and include the Sarawak chamber, the largest cave chamber in the world. The evening exit of the enormous colony of Wrinkle-lipped bats in the nearby Deer Cave exit almost every evening in search of food is a spectacular exodus.

9. Laze away the days in Langkawi

Malaysia’s best-known holiday destination, Langkawi is an archipelago of 99 islands in the Andaman Sea. The islands are a part of the state of Kedah, which is adjacent to the Thai border. By far the largest of the islands is the eponymous Pulau Langkawi. Fringed with long, white beaches and with an interior of jungle covered hills and craggy mountain peaks, it’s easy to see why this is a honeymooners’ delight! The most popular beaches can be found on the west coast, with a wide choice of restaurants and eateries and some of the best resorts in Langkawi. 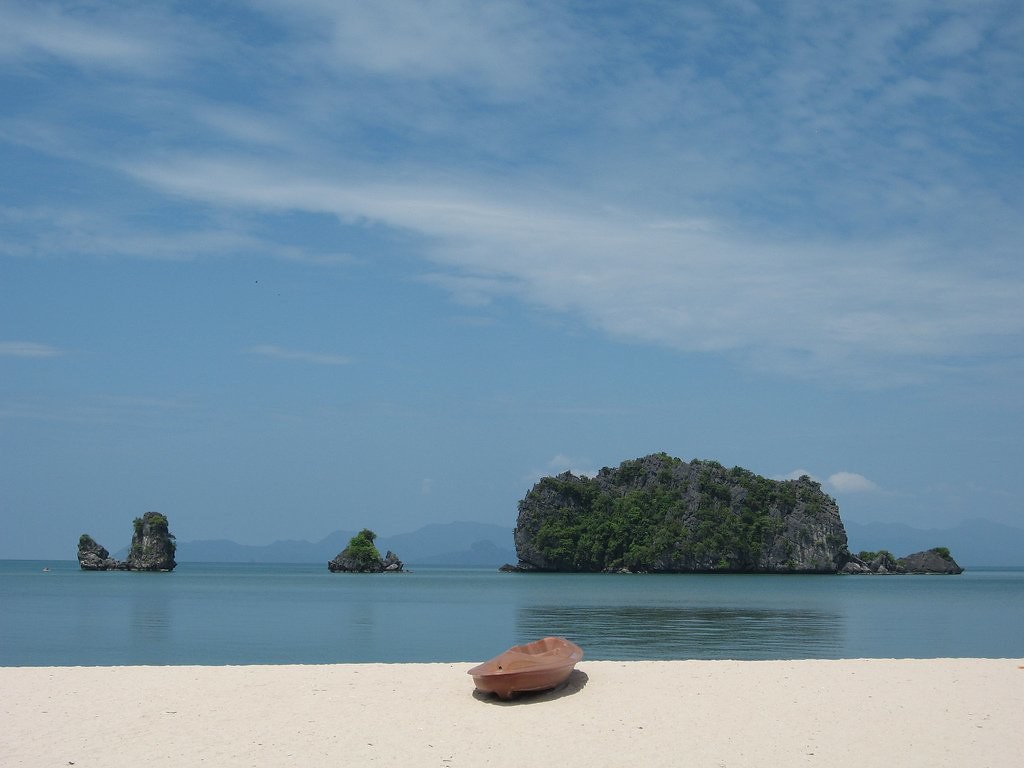 Located off the east coast of Malaysian Borneo, Sipadan is legendary amongst expert divers. With waters full of exotic species including a rainbow of reef fish, sea turtles, and hammerhead sharks, the area is now a protected marine park and divers ferried in and out from the mainland and other islands. The best place from which to explore Sipadan is Mabul Island, small island off the south-eastern coast of Sabah, featuring fine beaches of coconut trees, soft white sand and turquoise water. Mabul Island also boasts one of the world’s most concentrated reserves of small marine life including species like frogfish, scorpion fish, cuttlefish, squids, gobies and various shellfish, making it an attractive dive destination in its own right.

These prices are so low you’re actually saving money when you book! At least, that’s what we tell ourselves…