Intrepid Group has revealed its full-year financial results for 2019, with the B Corp-certified company delivering double-digit growth in earnings and turnover.

Last year saw Intrepid report $22.6 million in earnings before interest and taxes – up 56 per cent on 2018 – while the company’s total transaction value (TTV) rose 21 per cent to $488 million.

The impressive results mark the fourth consecutive year of record growth in revenue and operating profit for Intrepid. More than $4.5 million will be paid out in bonuses to the company’s staff, of which there are more than 2,300.

“But this year’s results are also hugely significant to our team, because just four years ago this kind of growth seemed like an impossible dream.”

The 2019 results also mark the successful completion of a four-year strategy that was developed by Intrepid after the company split from TUI Plc to become an independently-owned business with a ‘purpose beyond profit’. 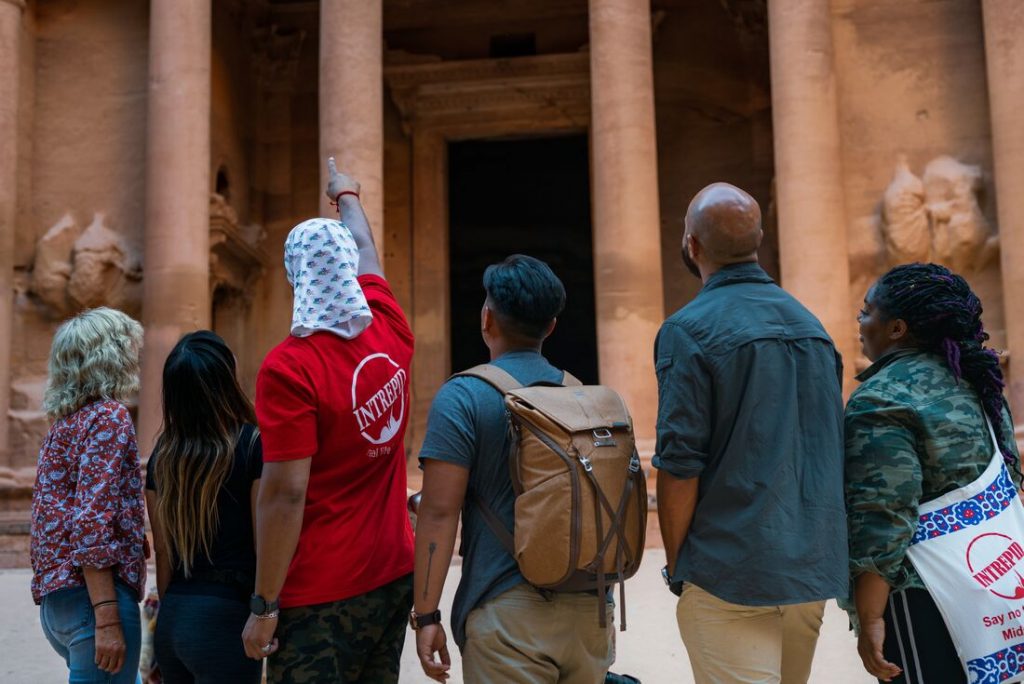 Having celebrated its 30-year anniversary in 2019, the Australian-owned group has continued to see growth from its most established market, with Asia-Pacific bookings up 13 per cent.

However, it was Intrepid’s global destination management company, PEAK DMC, that saw the biggest year-on-year growth, with sales from DMC partners up by 67 per cent in 2019.

Thornton said PEAK DMC sales are an emerging area of the business for Intrepid that will help to grow the overall market for sustainable and experience-rich travel.

“Each year brings new challenges and opportunities for the global travel industry,” he said.

“We’ve learnt that to balance our growth and purpose, that we must continue to innovate and to diversify our business.

“Responsible travel has been a driving force for Intrepid since our beginnings, and the more we grow, the more we can do.”

The company’s not-for-profit organisation also marked a record year in 2019, with The Intrepid Foundation raising $1.5 million for local and international charities.

“We truly believe that the travel industry can be a force for good, but with a new decade upon us, it is increasingly clear that our industry needs to accelerate action on climate change,” Thornton noted.

A carbon-neutral travel company since 2010, last month Intrepid declared a climate emergency and publicly committed to a seven-point action plan to become climate-positive in 2020.

As part of its commitment to transparent reporting, Intrepid Group will publicly report on its emissions in its Annual Integrated Report, which is released in April.

The report will talk to the highlights and challenges of 2019, as well as reveal details of Intrepid’s ambitious 2025 strategy.

Intrepid has recently been busy on the partnership front, too, having announced deals with RAW Travel, Discovery Adventure Group, Trip.com Group, and Lonely Planet.

While Travel Weekly may have already got the scoop on this last week, there’s plenty more info here that you’re all probably dying to know about Intrepid’s new domestic move.

Brett Mitchell has partially spilled the beans on a fresh range of Aussie domestic products set to be launched by the wholesaler.

Man dies after falling down cliff during bushwalk in Queensland

A 32-year-old man has tragically died after falling down a cliff while bushwalking in Queensland’s Scenic Rim region.

The global recruitment firm has gone and stuck its finger in another pie with the announcement of a new acquisition.

Ease your clients’ worries by knowing exactly what they can expect when flying domestically during the COIVD-19 pandemic.

It’s been a big last few days of destination-related news. Get up to scratch here with your favourite source.

Australia is set to see a lot less aviation activity from overseas, as National Cabinet tries to ease the quarantine burden being carried by hotels.

Travel Weekly doesn’t enjoy being the bearer of bad news like this, so we’ll forgive you if you skip over this story.

While Aussie travellers can’t take a holiday to Thailand just yet, that doesn’t mean travel agents should put off educating themselves about the popular Asian destination.

Virgin Australia had first dibs on Brisbane Airport’s new runway over the weekend, kicking off a special celebration of Queensland’s aviation history.

We’ve got some big cruise news to start the day, with the delightful Monique Ponfoort set to jump ship from Ponant to Aurora.