In widely anticipated news, Qantas has confirmed it plans to fly non-stop Perth to London from March 2018.

The flying kangaroo said it will operate its 787-9 Dreamliner on the 17-hour journey, as it makes history by providing the first ever direct link between Australia and Europe.

The new flight will operate through Qantas’ existing domestic terminals (T3/4), which will be upgraded to accommodate international flights. Tickets go on sale from April 2017; the Dreamliner will carry 236 passengers across Business, Premium Economy and Economy cabins.

Qantas Group CEO Alan Joyce said the history-making route would be a watershed for travel, tourism and trade.

“This is a game-changing route flown by a game-changing aircraft. Australians have never had a direct link to Europe before, so the opportunities this opens up are huge.”

“A direct flight makes travelling to Australia a much more attractive proposition to millions of people. We expect many travellers from Europe will start their time in Australia with a visit to Perth before going on to see other parts of the country,” Joyce said.

Many organisations welcomed the announcement, with Tourism Australia’s MD John O’Sullivan calling it a “game changing moment for Australian tourism”.

“Europe is such a critical source market for us, and the introduction by Qantas of direct flights between London and Perth really is a game changing moment for Australian tourism,” he said.

Australia is Britain’s fourth most valuable market for overseas visitor spend, fifth for the number of nights spent per trip and 10th for number of visits.

VisitBritain’s regional office told Travel Weekly “as a billion pound visitor market for Britain, the increased capacity will make it even easier for more Australians to discover Britain’s amazing moments”.

“Australians are true regional explorers around Britain with more than half visiting the English regions, one in seven visiting Scotland and 7% travelling to Wales. The new flights don’t just bring London closer to Western Australia, but will also create new ways for the rest of Australia to connect into regional Britain gateways such as Edinburgh, Glasgow and Manchester.”

Minister for Trade, Tourism and Investment, the Hon Steven Ciobo MP also commended the new flights, saying it represents “sky-high potential of the Australian tourism industry, which is already outperforming the rest of the Australian economy”.

The United Kingdom represents Australia’s third largest source market for international visitors, with more than 660,000 tourists arriving in Australia from the UK in the last year, spending $3.7 billion.

Meanwhile, The Travel Corporation, which across its brands operates a number of tours across Europe and Britain, are expecting the increased capacity to be a boon with travellers.

“For TTC and its family of brands, any additional air capacity through to Europe and Britain is much welcomed and this is particularly positive news for Trafalgar, Insight Vacations, Uniworld, Contiki, Busabout and Adventure World on the outbound side, but also great news for AAT Kings as we continue to support Tourism Australia with its successful drive for inbound tourism,” John Veitch, CEO TTC Australia told Travel Weekly.

WorldVentures sets up shop in Australia 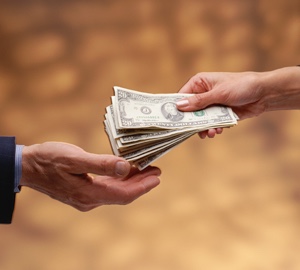 How to convert more online visitors into customers