The 340-room hotel, centrally located on Flinders Street, has just completed a multi-million-dollar refurbishment program that has seen the lobby, restaurant and 320 hotel rooms transformed.

The hotel’s interior designers were also tasked with ensuring there was design continuity between the hotel’s heritage tower (built in 1912) and the newer CTA wing (built in 1922 and extended in the 1990s).

Penny del Castillo from Studio del Castillo (formerly In Design International) said the building’s architectural features, the elegance and grandeur of the public spaces set the style for the design whilst modern technology – including digitally printed, carved carpets and 3D printed wallpaper designed to look like trompe l’oeil – were used to deliver on brief.

“In designs like these, there has to be an element of understanding and respect for what’s gone before,” she said.

“So, ours was not an attitude of seek and destroy. Rather, we salvaged what we could of the original features – like the lovely stained-glass windows in the Travellers’ Lounge – to get the absolute best end result.” 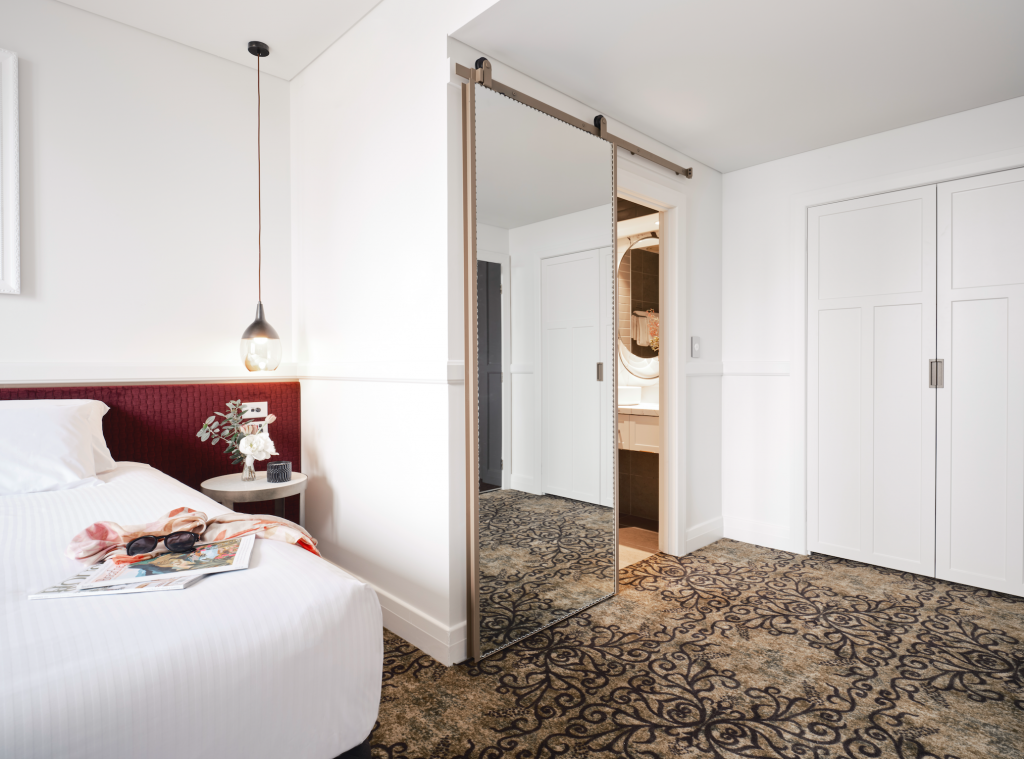 The whole idea, del Castillo says, was to make the guest feel like a part of history with all the mod-cons.

“We were over the moon with the possibilities when presented the opportunity to “do over” almost the entire hotel room stock-,” she said.

“And we jumped at the chance to turn the F&B space into a dining destination that would do Melbourne proud.”

Natural lighting and local photography feature strongly in rooms that are designed to exude the elegance and decadence of bygone times.

The lead-in ‘Commerce Room’ category pays homage to the Commercial Travellers Association who commissioned the original building in 1912.

In the kitchen, executive chef Gianni Pisu is crafting a modern menu to match the rebranded 110-seat Mr Tompkins restaurant, which is scheduled to open in Feb next year.

Whilst working at Jamie Oliver is one of Pisu’s proudest achievements in his career, he has also had another brush with fame being part of one of the finalist teams on Gordon Ramsey’s show “Best Restaurant in Italy”. Pisu joins Rendezvous direct from Crown Plaza Auckland.

In-house guests can take advantage of in-room service; visit The Travellers Bar (open Thursday to Saturday), or the Rendezvous’ famous High Tea service, which is available on Saturdays and Sundays. 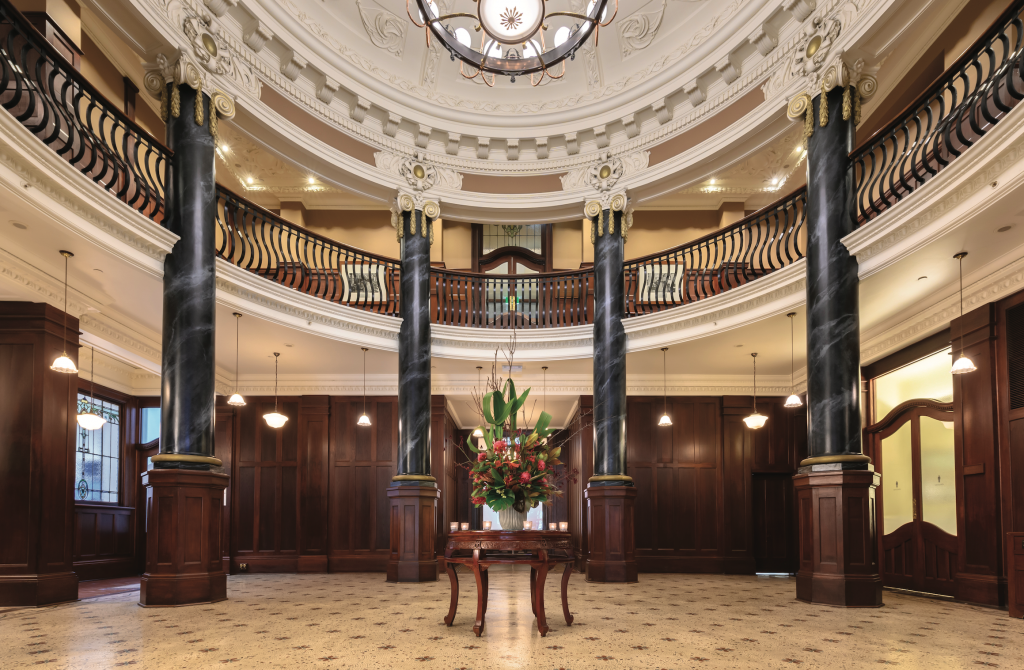 TFE Hotels’ group chief operating officer, Chris Sedgwick, said that while the tourism sector in Victoria had been hit hard by Covid restrictions, the addition of the refurbished Rendezvous Melbourne to the city’s room stock would be a strong part of Melbourne’s recovery story.

“There’s been a lot of hard work that’s gone into this project under, what has been, extremely trying conditions,” he said.

“And we look forward to welcoming back our loyal guests who love the Rendezvous for its superb location, the grandeur of the hotel and the friendly hospitality of our team, alongside new customers who want to come back and experience the romance of Melbourne city post lockdown.”

In line with the Melbourne refurb, the Singaporean-owned Rendezvous brand is also set to undergo a staged brand refresh in Australia, which will see a new-look logo, colour palette and ad campaign designed to inspire guests to connect with the city.

"We will not be pursuing 'Omicron zero'": NSW and Victoria vow to keep borders open