Helloworld Travel has revealed some unsurprisingly dour quarterly results and an equally dismal outlook, as the company continues to wade through the COVID-19 pandemic.

In an update to shareholders on Friday, Helloworld said its total transaction value (TTV) fell 17.6 per cent to $1.3 billion in the third quarter of FY20, compared to the same period last year, with most of the decline occurring in March.

The company’s quarterly earnings before interest, taxes, depreciation, and amortisation for the quarter was $2 million, which it described as “a significant decline” on the same period last year.

At the end of April 2020, Helloworld had $150 million in total cash, including the $10 million drawdown of existing debt facilities, the receipt of prior year tax refunds and recoupment of current year tax instalments.

Over the last two months, the company has progressively reduced its net operating costs to approximately $2 million per month.

Helloworld said this includes non-discretionary capital expenditure after taking into consideration the JobKeeper allowance in Australia and Wage Subsidy in New Zealand, as well as revised office rental terms and revisions to other contractual arrangements with commercial partners.

The company reduced its staff headcount by 75 per cent at the beginning of April, but has been able to re-engage with employees since the introduction of the federal government’s JobKeeper initiative.

Helloworld has applied for the JobKeeper allowance for over 1,000 staff in Australia. In New Zealand, the company has received the Wage Subsidy allowance for our 290 employees and is passing this payment on fully to those who are eligible to receive it.

There are currently over 560 personnel working for the travel agency network across Australia, New Zealand and elsewhere, with many on reduced hours. More than 1,050 of its employees have been stood down around the world.

The company’s net salary costs have been reduced from an average $12 million per month to $1 million net of government allowances. This includes Helloworld’s two executive directors agreeing to reduce their salaries to zero since late March.

In total, Helloworld expects its cost saving initiatives to reduce net monthly operating expenditure, including the benefit of government allowances and other operations, from $23m per month to approximately $2 million per month (excluding non-cash charges) from mid-April onwards.

Total one-off cash redundancy costs of roughly $420,000 were incurred in March, with the company expecting further smaller amounts to be incurred in the June quarter.

Helloworld also revealed that it is owed approximately $3.7 million in override and marketing income from Virgin Australia following the airline’s collapse.

“We are awaiting further details as to the recoverability of that amount in due course from the administrators,” the company said.

Revenue to plummet 95 per cent 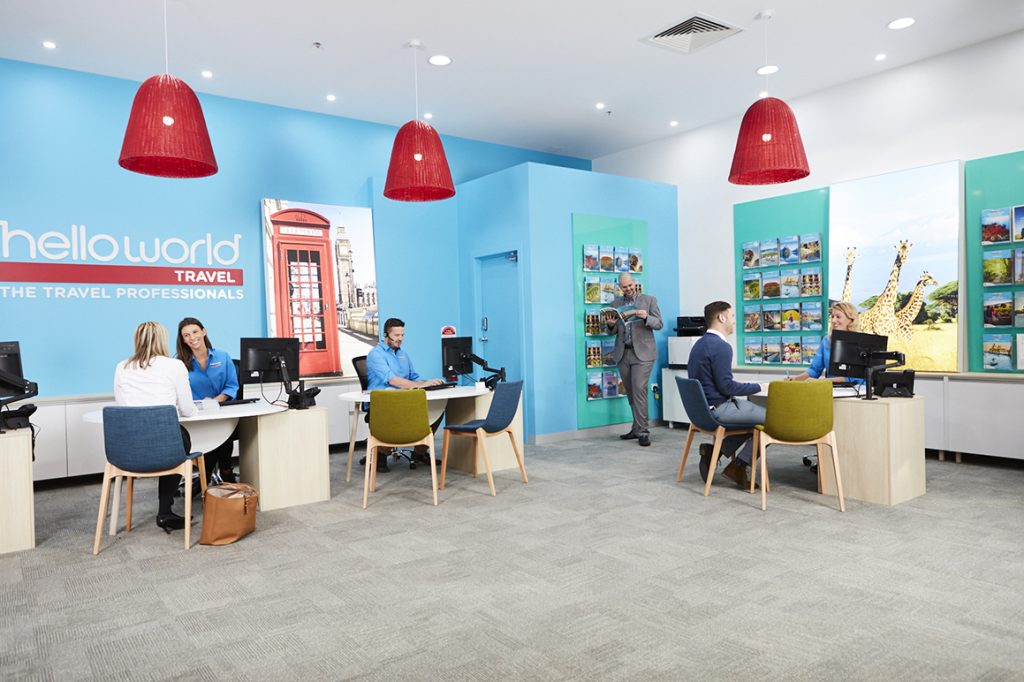 Looking forward, Helloworld expects revenue of no greater than five per cent of previous levels for a six-month period between April and September 2020.

The company is predicting the re-opening of Australia’s domestic travel market by September 2020 and of the trans-Tasman markets in October or November.

Helloworld does not expect mid- to long-haul international outbound travel in the corporate or leisure markets to resume “with any material volume” until 2021.

It noted that a full return to past levels will be conditional upon a vaccine or cure for COVID-19 having been developed and widely distributed.

Based on current expectations, Helloworld said it will incur cash losses of $1.5 million to $2 million per month for the next six months, moving to a break-even position in the second quarter of FY21 and towards a small profit in the second half of the next financial year.

The company said it has sufficient liquidity to maintain operations for a period of 12 months or longer and is not intending to undertake a capital raising at this point in time.

Helloworld’s agency networks in Australia and New Zealand are processing “tens of thousands of refunds” for travel booked with its supplier partners, and are charging the agreed cancellation fees at the time of the original booking.

The company noted that many suppliers, including airlines, cruise operators, tour operators and other providers, have unilaterally changed their cancellation conditions and are offering future travel credits rather than cash refunds.

“Many customers are agreeable to accepting credits for future travel, particularly on the basis that any applicable cancellation fees are fully waived,” it said.

“However, we are working with suppliers on behalf of our customers who are seeking a cash refund where such a refund was a term of the original booking.”

Smooth sailing with this luxury liner just got smoother, with passengers no longer needing to prove they shoved a cotton bud up their nose.