Flight Centre plans to close as many as 100 “under-performing” leisure shops across Australia before 30 June.

Among details released on the Australian Securities Exchange today, Flight Centre, which employs more than 1,000 sales teams within its leisure brands at some 855 sites throughout Australia, did not say how many jobs could be cut due to closures, or which branches were earmarked, but advised staff would be transferred in any event.

The company has suspended its 2020 fiscal year guidance, and lowered its full year guidance to an underlying profit before tax of between $240 million and $300 million, measures introduced due to uncertainties over the impacts of coronavirus (COVID-19).

At the close of trading on Thursday, stocks in Flight Centre Travel Group and Webjet had fallen by 20 per cent, with Virgin Australia down 16.7 per cent.

In weathering these challenging conditions, managing director Graham ‘Skroo’ Turner said the company would draw on its experiences with other global crises by seeking to stimulate demand, and implement “sensible cost reduction strategies” to maintain its balance sheet strength.

In February, Flight Centre advised it had a broader $1.3 billion global cash and investment portfolio.

“While people are still booking travel … we are now seeing significant softening and expect this to continue into April at least,” Turner said in a statement.

“As we saw with both SARS and the GFC in Australia, the rebound can be relatively fast and strong after a fairly significant downturn in international travel.

“In the near-term, we will proactively seek to win leisure market-share by investing in sales and marketing – at a time when some of our competitors may be forced to pull back – to increase our share of voice,” he said.

In keeping the wheel turning, Turner said the company would highlight destinations currently considered to be “low risk”, like domestic and South Pacific holidays, and the current low cost of travel.

The company said it would introduce short-term flexible work arrangements for staff, reduced trading hours in some shops, and reduce leave balances, and advised it is encouraging employees to take time off during the quieter period.

Flight Centre has also introducing a freeze on recruitment and deferring some “non-essential” projects and expenses. 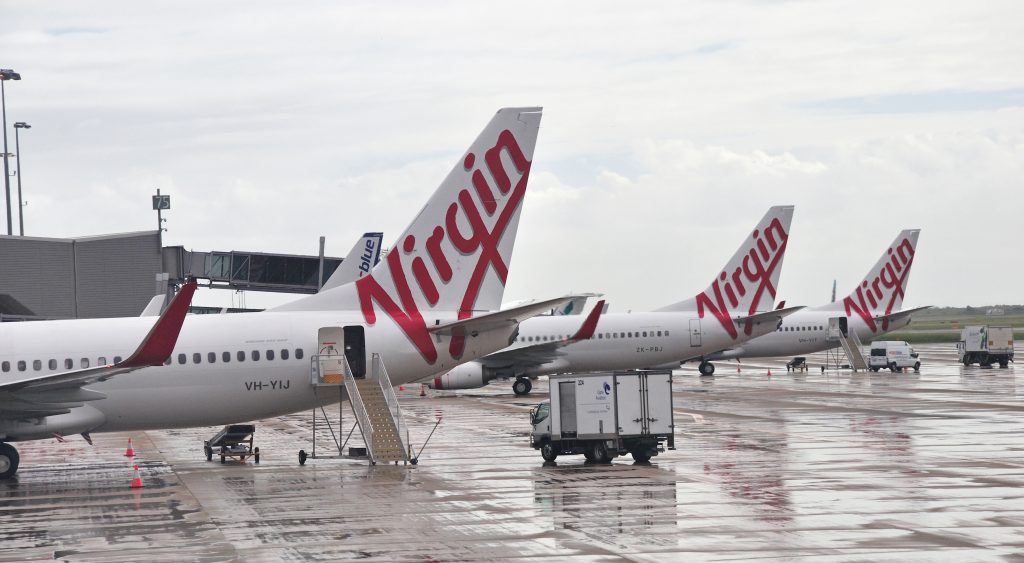 In other news, the Virgin Australia Group announced cuts to capacity will increase from 3 per cent to 6 per cent in the second of half of the 2020 fiscal year, up to 7.7 per cent in the first half of 2021.

Virgin followed other airlines in withdrawing its earnings guidance and said it would temporarily reduce chairman and independent board director fees by 15 percent. Additionally, the group plans to remove executive bonuses.

Chief executive Paul Scurrah said Virgin’s predominantly domestic customer and revenue base had helped insulate it against some of the international impacts faced by its peers.

“As the situation has unfolded we’ve moved very quickly on a number of measures to help protect the group’s financial position,” Scurrah said.

Domestic operations account for 88 per cent of passengers and 78 per cent of Virgin Australia’s revenue, Scurrah advised, adding that while the company was not immune to the crisis, it was well-equipped to respond to the current environment.

Virgin Australia Group currently has a cash position in excess of $1 billion, with no significant debt maturities until October 2021, and no new aircraft deliveries until July 2021.

The news comes as Virgin Australia announced a price slash on domestic airfares, with the carrier offering economy airfares from as low as $79 and business class fares from $250.

“With the April school holidays fast approaching Virgin Australia is encouraging everyone to consider travelling within Australia this Easter,” a spokesperson for the airline said.

Travellers can take advantage of $79 tickets from Sydney to Byron Bay and $99 tickets from Brisbane to the Whitsundays Coast, among others, until midnight 23 March 2020.