As travel begins to return to full swing, the industry is banding together to celebrate Earth Day, showcasing all the ways travel is building back better.

Research shows that sustainability is an important factor for almost three-quarters of travellers (73 per cent) and just under half (43 per cent) said recent news about climate change has influenced them to make more sustainable travel choices.

In fact, 58 per cent of Australian travellers said they would be more likely to choose sustainable accommodation – whether they were looking for one or not.

That’s according to new research commissioned by Booking.com, with insights gathered from more than 1,000 Aussie travellers across 32 countries and territories.

Further research from a poll carried out by GlobalData found that 75 per cent of travellers across the globe would like to see mandatory sustainability labels.

To cater to this demand, travel companies are placing sustainability front and centre to promote much-needed growth in the sector as restrictions lift and the world begins to travel once again.

Here’s a round-up of travel’s most recent sustainability initiatives. 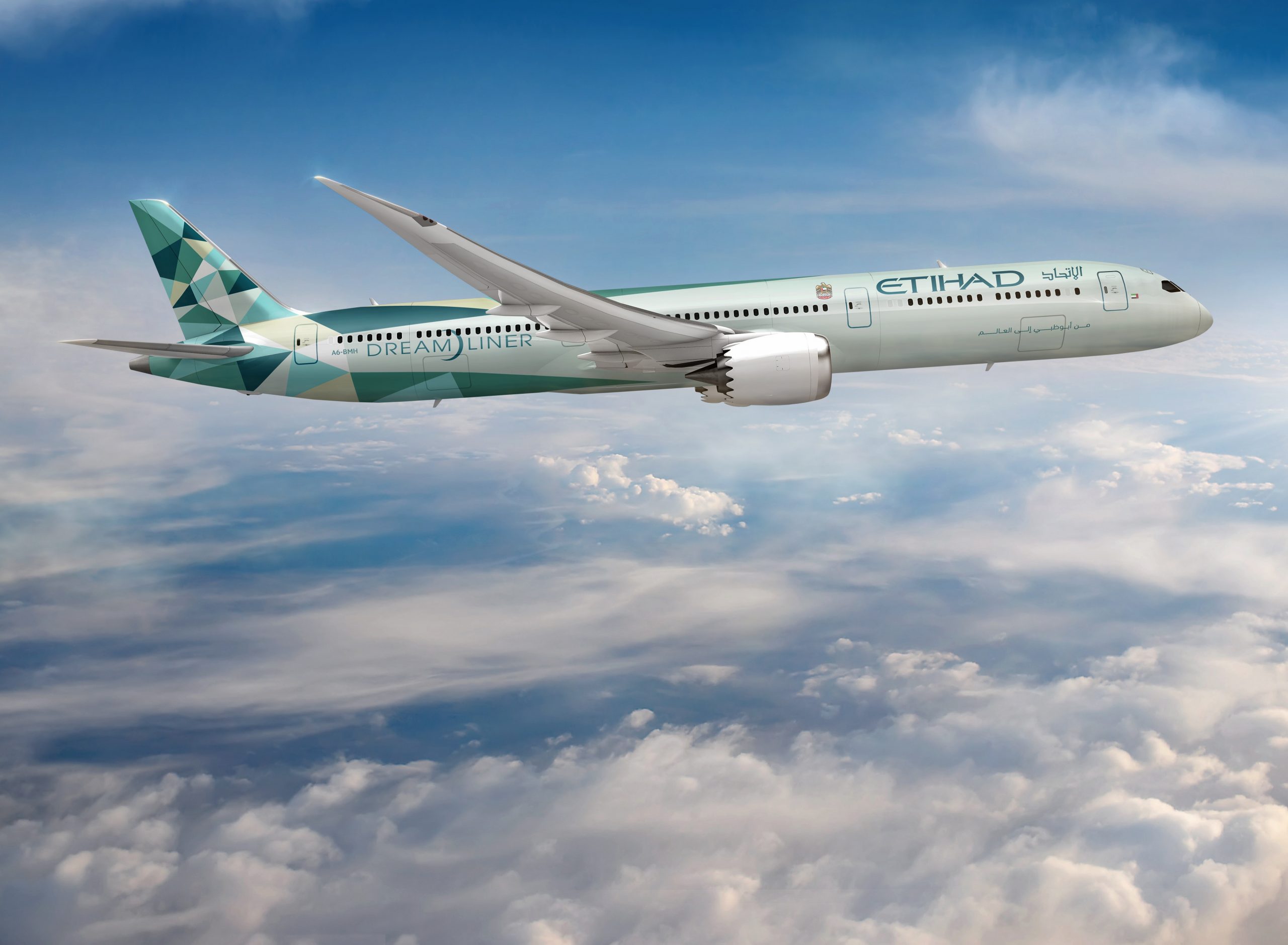 Etihad Airways is undertaking a week of intensive research and testing on over 30 flights to test operational efficiencies, technology and procedures that will reduce carbon emissions, in an expansion of its ongoing sustainability flight testing regime.

The week-long programme includes over 20 commercial flights operating across Etihad’s network to test contrail avoidance technologies in partnership with SATAVIA, a UK-based green aerospace company. Contrails cause up to 60 per cent of aviation’s total climate impact, the equivalent to two per cent of all human impact.

In contrast to many green aerospace initiatives, contrail prevention is a software solution that can be implemented in the near-term through technical integration with flight operations.

The airline will also operate up to 13 dedicated ‘EcoFlights’ testing a range of flight and engine optimisation initiatives, with successful trials to be incorporated into regular scheduled operations.

Each of these flight tests will be operated on Etihad’s fleet of fuel-efficient A350 and 787 aircraft, spearheaded by the ‘Etihad Greenliner’, and Etihad’s newest aircraft, the ‘Sustainable 50’.

EXPLORE! Challenges industry to declare carbon footprint on ALL trips 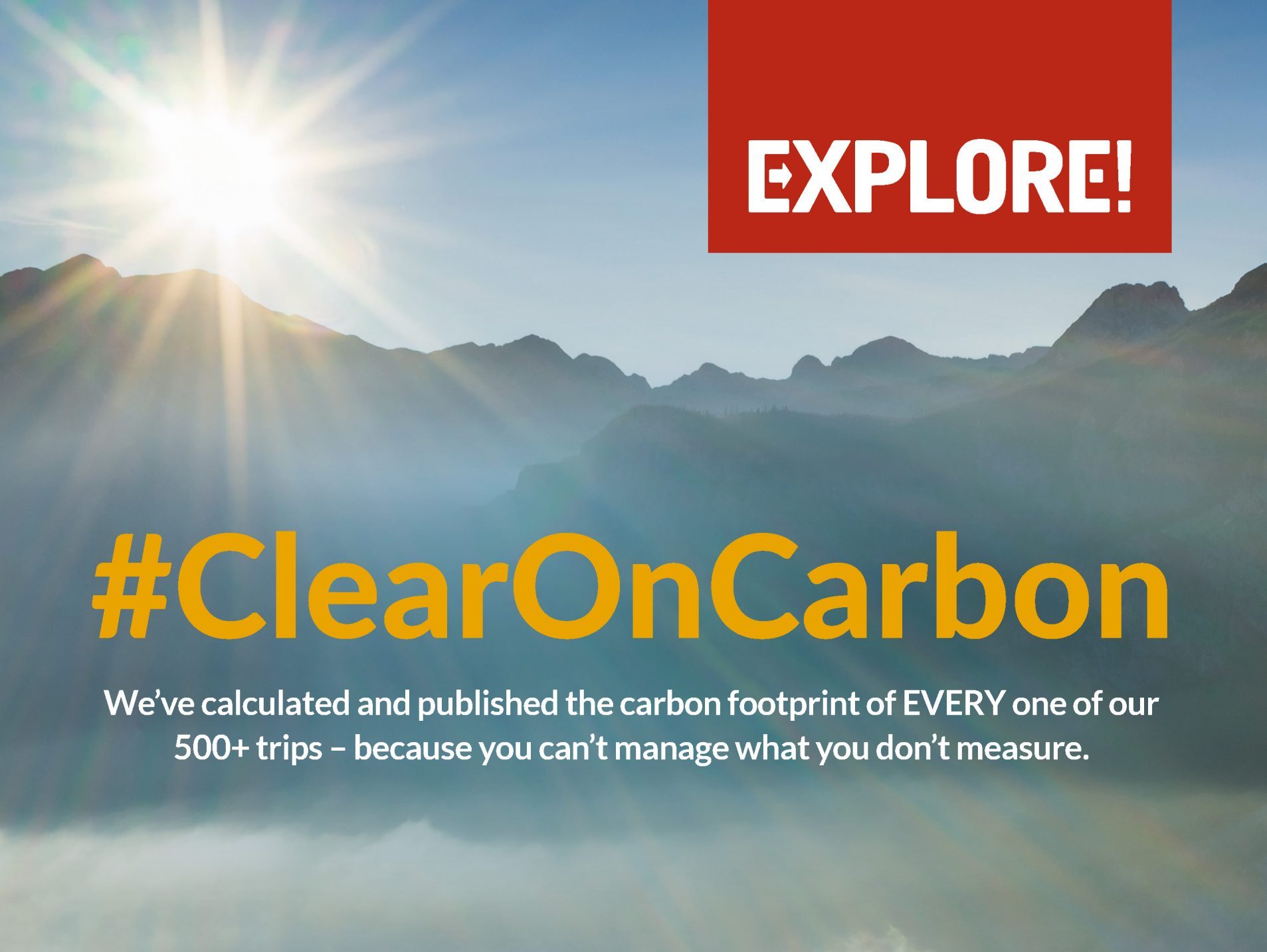 Explore has unveiled carbon ratings on all its trips and is challenging the rest of the tourism industry to do the same.

The company has worked with ecollective to measure carbon emissions on every one of its 515 tours. Emission were calculated on 24 types of transport, 2000 accommodation types, activities and leaders – as well as all operational activities involved in running the businesses in the UK and globally.

Explore Worldwide’s average trip carbon footprint is 632kg. Its lowest-footprint trip, Walk the South Downs, has 59kg per person, while the lowest 7-night trips are Cycle Canal de Midi and Active Turkey at 79kg per person. 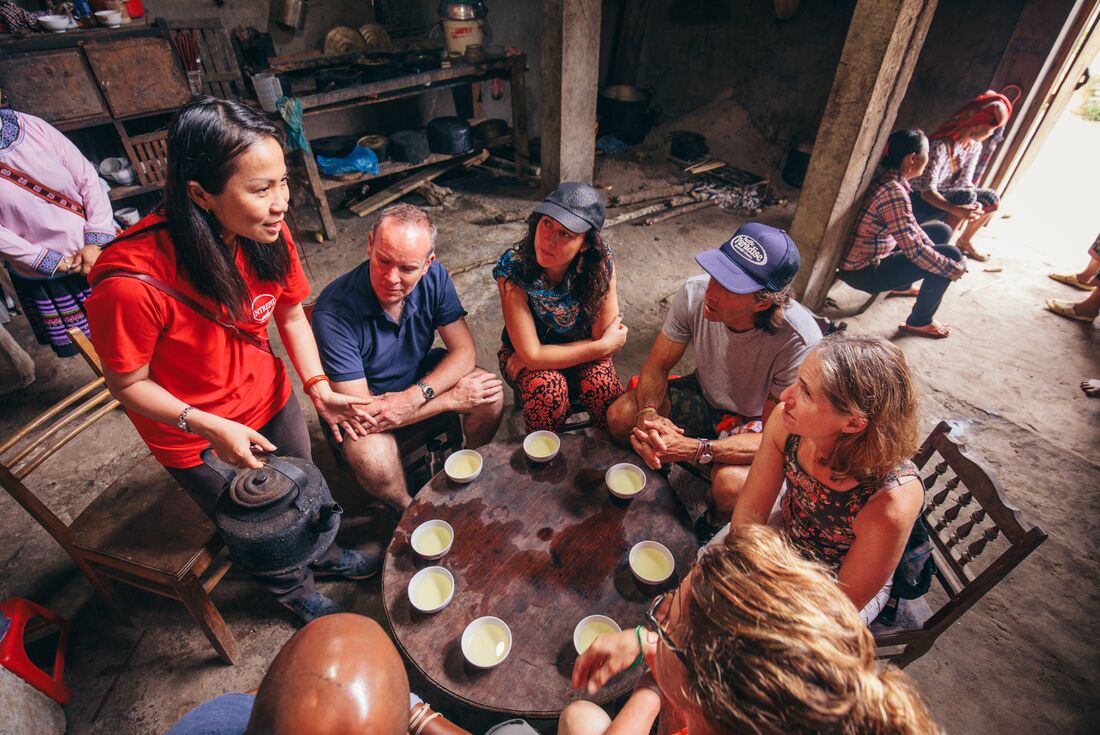 Intrepid Travel has put together a list of some of the company’s most low-impact trips ahead of Earth Day for travellers interested in a climate-conscious adventure.

Here are some of its top picks for a low impact holiday:

Vietnam Family Holiday – 13 days: Trade planes for trains, taxis for cyclos on this 13-day tour from Hanoi to Ho Chi Minh, showing how travelling with a low footprint can help create a big impact.

Beyond local, low-impact transportation and a focus on community-operated restaurants, in 2022 Intrepid replaced a flight from Hanoi to Hoi An with an overnight train. Rail travel is not only better for the planet but it often enhances the experience for travellers, seeing more of the countryside and smaller towns that you’d otherwise miss.

Trek the Larapinta Trail – 5 days: Going off-grid is one of the surest ways to minimize your environmental impact. On Intrepid’s Larapinta Trail adventure, travellers will tackle the rugged landscape of one of Australia’s greatest multi-day walks.

While a digital detox can help provide a much-needed mental recharge, it is also the most environmentally friendly way to travel. A 100 per cent human-powered adventure like this effectively means eliminating your footprint.

Egypt Experience – 12 days: This cultural expedition is filled with small examples of how travellers can make a big impact. From trains and boats to dinners with a Nubian family, you’ll quickly learn why locally-minded travel is better for the planet.

In 2022, the flight from Aswan to Abu Simbel was removed in favour of driving. Between airport check-ins and wait times, it was calculated that door-to-door there was essentially no time saved from flying and lots of emissions to be saved by driving.

Premium Peru – 9 days: On Day 2 of Intrepid’s Premium Peru trip, travellers will visit Posada Amazonas, which is community-owned by the Ese Eja Indigenous people and will host travellers for 2 nights.

Community-owned lodges and hotels are collectively owned and developed to benefit multiple families and residents of a community. These types of properties are found all over the world and almost guarantee 100 per cent of your tourism dollars genuinely support the community you visit. 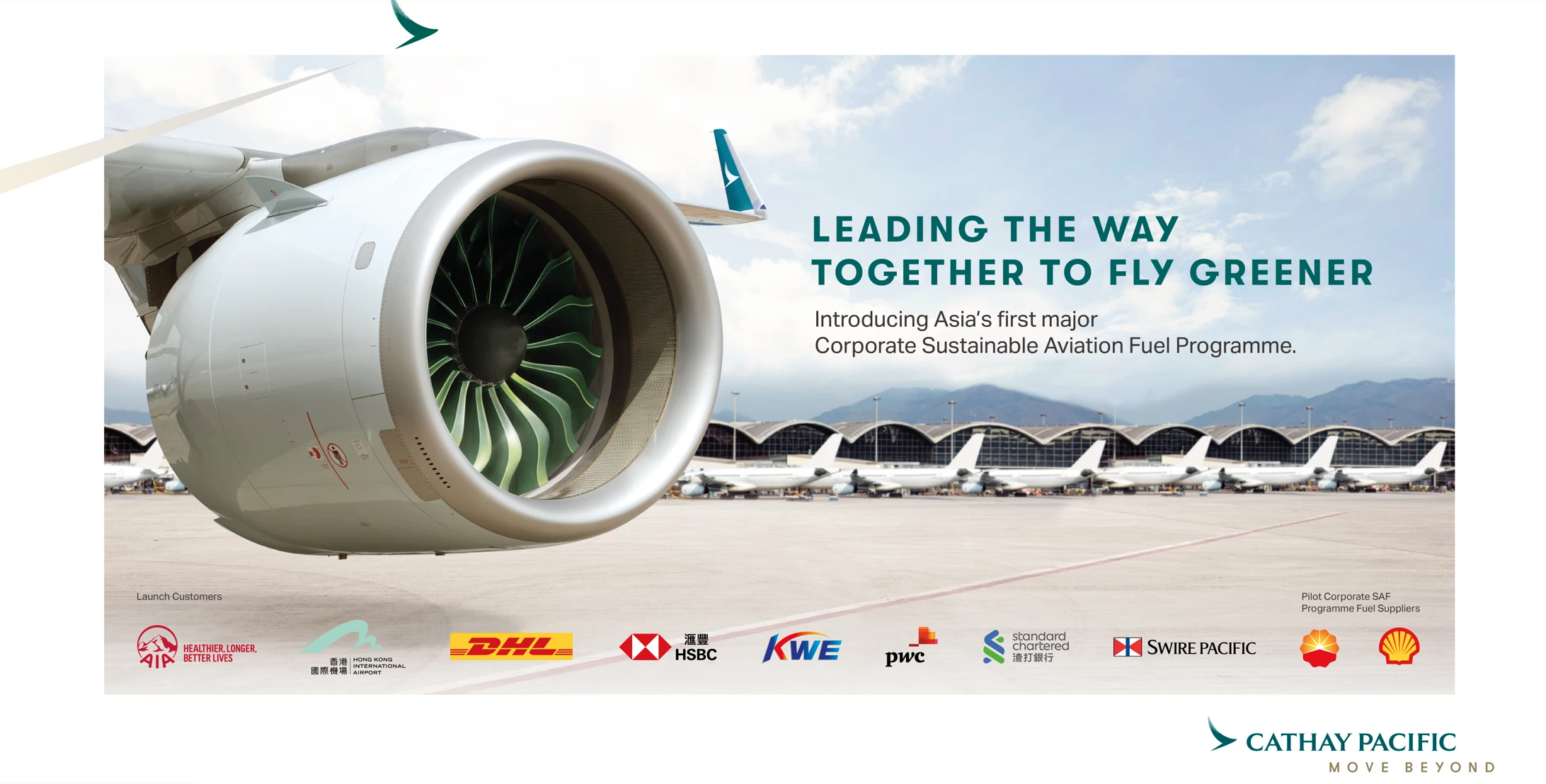 The programme provides corporate customers the opportunity to reduce their carbon footprint from business travel or airfreight by contributing to the use of SAF uplifted for the first time from Hong Kong International Airport (HKIA) on Cathay Pacific flights.

SAF is considered the most important way to decarbonise airline operations in the next few decades, before alternatively powered aircraft can be widely deployed in commercial operations. Compared to conventional jet fuel, SAF can reduce up to 100 per cent carbon emissions on a lifecycle basis, depending on the SAF technology used.

Avalon Waterways is taking steps to protect the environments it visits with its Lighthouse Project, an initiative created to help travellers come together to reduce their footprint and give generously for the globe’s greater good.

With a mission of nurturing a culture of care and sustainability that extends to guests, the Lighthouse Project is focused on three give-back categories; planet, people and places.

Currently, Avalon Waterways, in partnership with the Globus family of brands, is spotlighting nearly 50 causes focused on the ‘Planet,’ ‘People’ and ‘Places’, with plans to add more.

Avalon Waterways has also eliminated single-use plastics onboard ships and operations offices, reduced paper waste by 95 per cent onboard, received the Green Award for its entire fleet of ships, invested in local farmers to secure locally produced food and beverages, installed LED lighting throughout ship and worked with dozens of ports to purchase shore power (while docked).

And, between now and 2024, the river cruise line plans to reduce paper waste to less than 1 per cent, pilot a program to use bio-fuel, aiming to reduce total carbon emissions by 50 per cent and utilise electric bow thrusters to further reduce emissions. 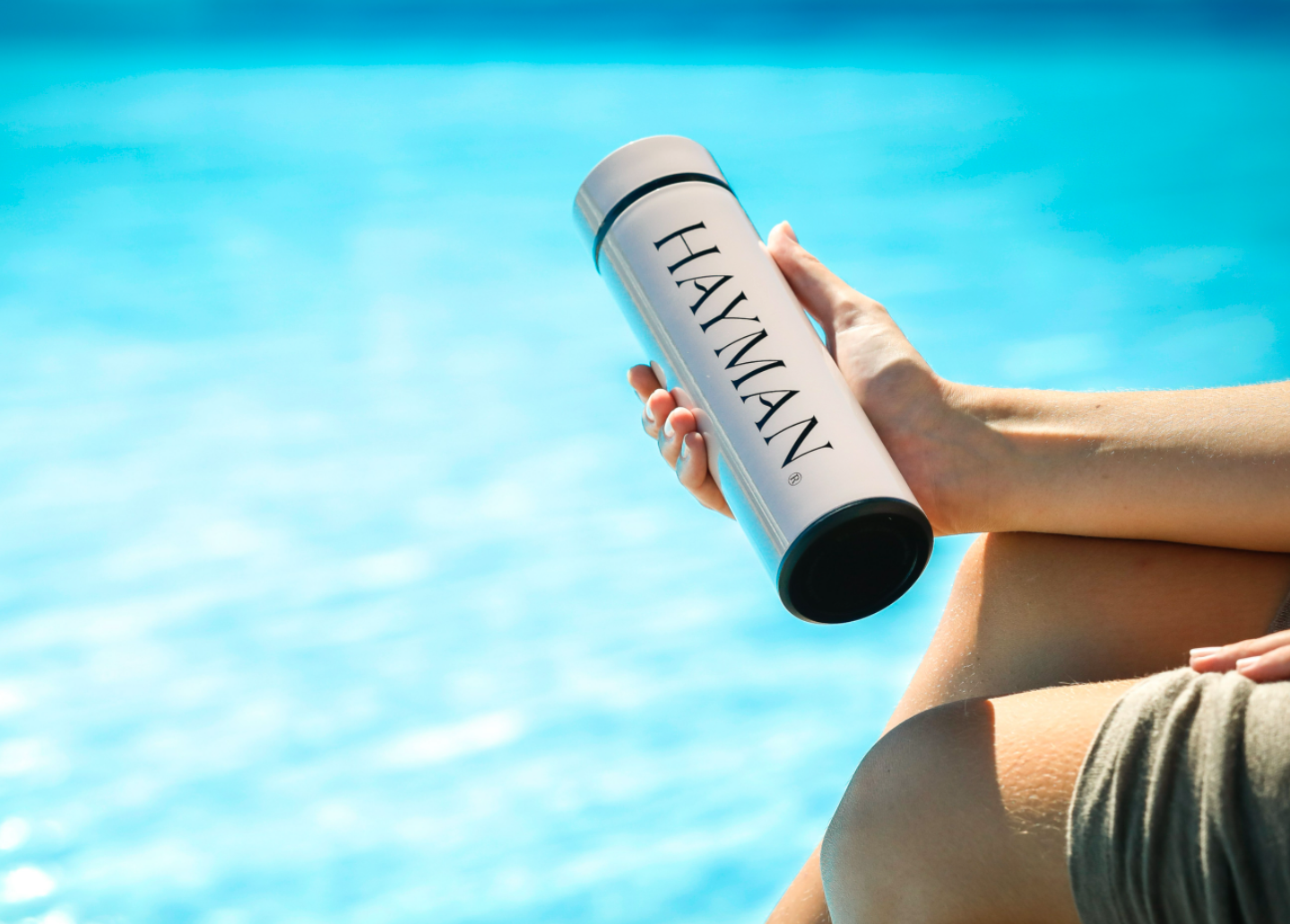 According to InterContinental Hayman Island Resort general manager, Arpad Romandy, the theme of 2022’s Earth Day is a fitting one for the island resort, which placed sustainable initiatives at the very heart of its rebuild following Cyclone Debbie in 2017.

“We had the opportunity to design and rebuild using new technology across the resort and implemented smart room technology in all suites to reduce electricity usage.  Not only has this reduced energy and greenhouse gas emissions but has provided a cost saving of between 20 and 45 per cent annually, and we haven’t stopped there,” Romandy said.

“The resort’s water is sourced from the purpose-built ocean desalination plant and a partnership forged between IHG and Alliance for Water Stewardship (AWS) in 2021, affords the opportunity to assess our water consumption to identify areas for improved efficiency across the island.”

To significantly reduce landfill waste, the resort joined forces with Anything Environmental to ensure Hayman Island’s recyclable waste are sent to an Airlie Beach depot for processing, as well as wet food recycling, designed to biologically convert solid food waste materials into eco-friendly and nutrient-rich liquid which flows into the existing sewerage system. 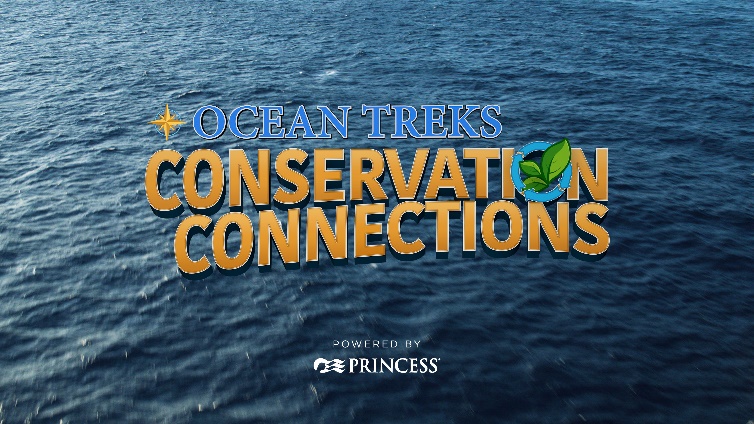 In addition, the series will feature wildlife and conservation stories originally highlighted in the first three seasons of Ocean Treks.

"It is just bizarre": Flight forced to divert due to injured pilot