Direct is not always best: The benefits of working with OTAs 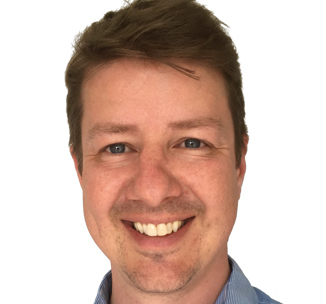 For some, what I am about to cover in this article may seem somewhat contentious. For those who know me, this will not come as a surprise, as I care about hoteliers and their bottom line more than I care about the ‘direct is best versus indirect distribution is bad’ message.

Recently, I have read increasing rumblings of anti-OTA sentiment, notably about the commissions we must pay them.

My role is to help the industry improve its revenue and I would say that the current negative mindset around third-party distribution such as OTAs could narrow a hotel’s profit potential, simply because of the fact that consumers love them, search on them and are more likely to book on them.

In fact, I would argue that hoteliers need to think of OTAs as a tool in their marketing toolbox. One tool, among many others, that can help hotels thrive at a time where most major Australian markets face increased hotel supply, as well as competition from alternative accommodation providers like Airbnb.

To clarify, I am not saying that hotels should solely rely on OTAs as a distribution channel!

Good hotel distribution is about balance and working with multiple offline and online channels, as well as multiple distribution partners. Hoteliers should still aim to promote their most profitable channels; however, it is ill advised and unrealistic to think that consumers would only search and book direct and that direct channels are always the most profitable. It is not the case, and this is why I do not listen to lobbyists promoting hotel brands and ‘book direct’ services and technology, who may have an interest to make you think OTAs are bad for your business.

In my role, the most common question hoteliers ask me is: ‘what’s the best way to increase my hotel revenue?’

The long answer is very complicated (and reliant on individual variants), but at a very top level, it’s about capturing the highest paying travellers, in the right way, on the right channel, at the right time.

Hoteliers operate in a very cyclical industry where demand levels can be very high one day and very low the next. Even in the best-performing markets, hoteliers are unlikely to sell all their room inventory over at least four months of the year, and this is just thinking of school holidays and long weekends in corporate markets; and incidentally, the opposite to the above is true in leisure markets.

These situations happen globally – not just in Australia. Therefore, I believe that hoteliers should use all distribution channels at their disposal with a long-term view in mind, rather than making short-sighted decisions based on hearsay and someone else’s experiences and views. Hoteliers should look to leverage all channels including the reach of the Expedia Groups and Booking.coms of the world.

For a country on the other side of the world and with a domestic population of only 25 million people, the Australian hospitality industry depends on International travellers, who represent over 35 per cent of room nights across the country. The latest data shows that their numbers are growing, that they pay an average of 10 per cent higher daily rates, stay 0.5 days longer and book 35-plus days in advance. As such, Australian hoteliers need support online from OTAs and other distributors to capture this growing demand in key international markets.

The reason I say this is that travellers will search and book on OTAs, and other distributors, for reasons other than price. It is often generational (e.g. think Baby Boomers visiting grandkids) and to organise a trip of a lifetime (e.g. from Europe to Australia) on the other side of the world, travellers are required to book multiple flights and multiple hotels in multiple destinations.

The simple truth is that an independent hotel in Cairns, and even perhaps a hotel brand, will not necessarily have the unbiased choice that international consumers expect to have all in one place. This is when OTAs and other distributors are useful to travellers to find what they need and want. They are convenient to search hotels and travel options all in one place, including accommodation, flights and activities.

Metaphorically, and to get to the point, hoteliers are paying online distributors such as Expedia and Booking.com for displaying their properties on the travel sections of the Yellow Pages of the 21st century – which ultimately are there to provide exposure, visibility, reach and bookings from international and domestic travellers, who in turn, are looking for convenience and have little or no interest to spend hours finding and trolling individual hotel websites.

Yes, commissions are part and parcel of the OTA game, but marketing exposure, visibility and consumer reach has a cost whether direct or indirect. We must also not forget that Australia is blessed with some of the lowest OTA commissions in the world.

While some may tout a perception that OTAs are making profits at the expense of small Australian business, I would argue that the reality is that they are an essential marketing channel, and it is largely a misconception to imagine that an independent Australian hotel could achieve similar exposure at a cost of 15 per cent per revenue delivered, particularly in the international inbound markets.

Personally, I would look to work closely with OTAs in order to develop a transparent and fruitful relationship with them to gain as much exposure I can. Having said that, I would keep these OTAs honest with my needs, and I would try to squeeze every cent from the commissions they charge through pushing the direct leads they can generate to my website (the billboard effect).

Put simply, I would use them to my advantage as one of the effective means for marketing my hotel globally.

Matthias Dybing is the founder and director of hotel revenue management and hotel distribution consultancy Revmandis.