Still combing glitter from your hair after Sydney Mardi Gras? Get ready to relive some of the action in this week’s Destination Wrap. 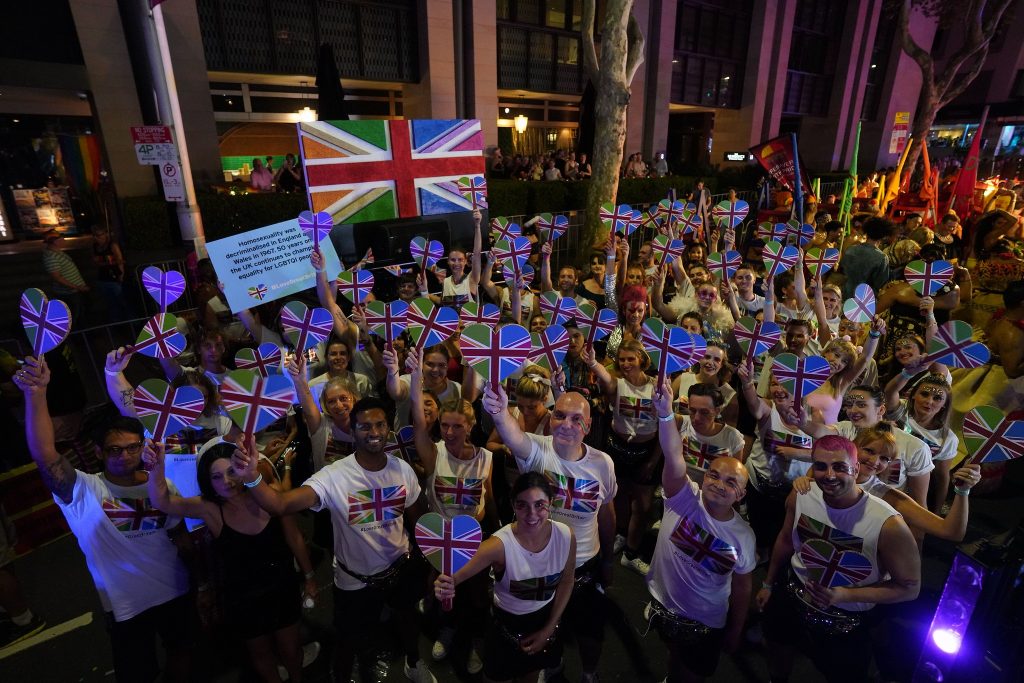 The British Consulate Generals in Sydney, Melbourne and Brisbane, the High Commission in Canberra and VisitBritain had their first official float in Sydney’s Mardi Gras Parade over the weekend.

The float entry featured a choreographed dance featuring British gay musicians and icons, as well as the Spice Girls, led by a London black cab adorned with a rainbow-coloured Union Jack.

As one of Europe’s most progressive destinations, Britain and its government participate in pride marches globally, but this year’s Australian addition marks its first official float in the Sydney Mardi Gras Parade.

The Whitsundays has celebrated the launch of its first guided indigenous tour, the Ngaro Indigenous Cultural Tour by Whitsunday Paradise Explorer.

The timely introduction of this tour perfectly works in with Queensland’s Year of Indigenous Tourism.

The Ngaro Indigenous Cultural Tour will provide a unique experience delivered by traditional Ngaro Indigenous guides, who will share stories and messages in the hope guests develop a greater understanding of the history of the ancient Ngaro Tribe, a community with strong traditions and customs.

“More tourists than ever before want an authentic cultural experience when they come to Australia,” Jones said.

“To have a tourism experience like this in The Whitsundays will provide a huge boost to the local industry and will entice more visitors to the region, keen to experience indigenous culture.”

Sit back, relax and let @seeuluru rock your world. 🧡 @mel_mac did exactly that on a recent trip to @ntaustralia, visiting all the @visitcentralaus icons from #Uluru to #KataTjuta. These spectacular rock formations aren't just pretty to look at, take a #HolidayHereThisYear and join a guided tour with @exploreuluru or @seitoutbackaustralia to learn more about their cultural significance to the Indigenous people, and you'll certainly develop a much deeper appreciation for them. #seeaustralia #NTaustralia #redcentreNT #naturephotography #travel #HolidayHereThisYear

Supported with the $25 million allocated to Tourism Australia through the Australian government’s National Bushfire Recovery Fund, the campaign aims to stimulate demand in the short-term and gradually rebuild Australia’s reputation as a highly desirable destination.

Tourism Australia is leaning heavily into its long-standing and successful global campaign platform, ‘There’s Nothing Like Australia’, by reminding the world that Australia is a unique travel destination.

Moreover, since the launch of ‘There’s Nothing Like Australia’ in 2010, international tourism spend in Australia has grown by more than $19 billion.

Tourism Australia is working closely with partners to roll out the campaign globally over the coming weeks.

The campaign’s global broadcast ad will be unveiled at the Destination Australia Conference in Adelaide on 12 March 2020.

Tourism Solomons has advised all passengers entering the Solomon Islands by air and sea ports and other points of entry who have been in or travelled through a ‘restricted country’ in the 14 days prior to arrival will be denied entry to the country.

Further, anyone who has been in or travelled through an ‘affected country’ in the 14 days prior will be required to complete a ‘health declaration card’ and subjected to screening on arrival.

New York State Division of Tourism (I Love New York) has launched a campaign landing page with leading online travel site, Expedia Australia, providing consumers and Travel Agent Affiliate Program (TAAP) travel agents with information and an exclusive discount of up to 20 percent on the top sights and accommodation beyond New York City in one easy-to-use destination.

The landing page is designed to be a one-stop-shop of the best of New York’s eleven regions, including Long Island, Hudson Valley, the Finger Lakes and more.

Agents who book through Expedia’s TAAP will be eligible to secure the exclusive discount of up to 20 percent off New York State’s top attractions and accommodation. The landing page and discount are available until 31 March 2020. 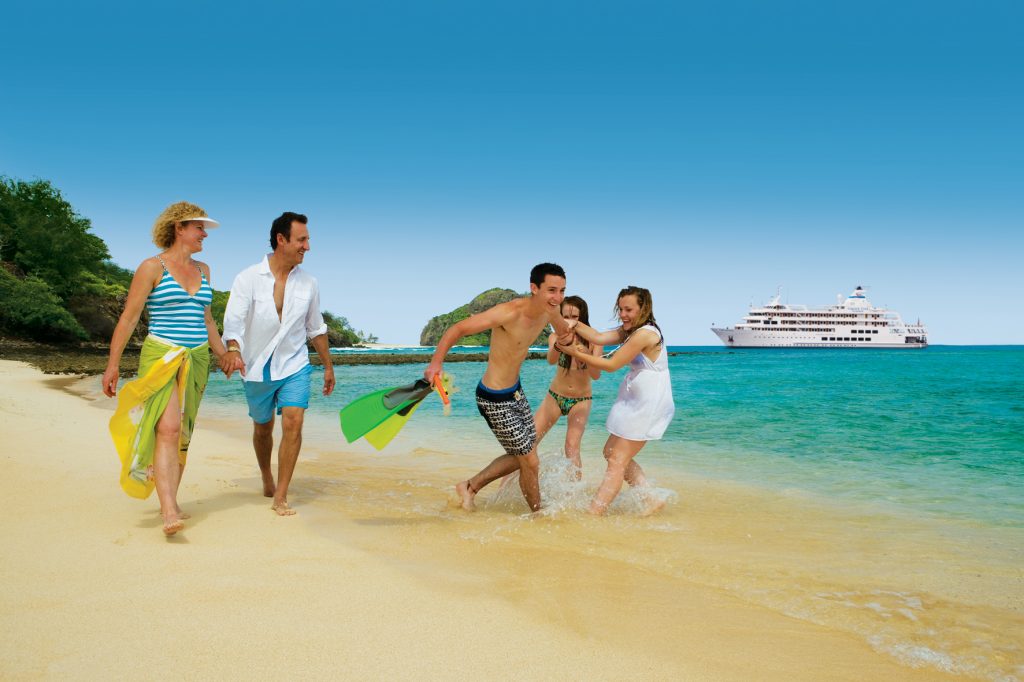 Coinciding with International Day of Happiness on 20 March, Tourism Fiji will celebrate the thing that sets Fiji apart from other Pacific destinations, which are its people.

The launch of the ‘Bulanaires’ campaign celebrates those who are rich in happiness and look to share that happiness and happy moments with others. The campaign also aligns with Tourism Fiji’s brand ethos of Fiji being “where happiness finds you”.

This year, Tourism Fiji launches its inaugural Happiness Month with the industry creating and sharing ‘happy moments’ throughout travel in March, along with the chance to meet some of the country’s showcased Bulanaires.

A two-day long marketplace, atb.2020 will introduce participants from around the world to more than 400 Austrian travel suppliers.

The event will take place between 24 and 28 May 2020, and is part of the newly developed Austrian Tourism Days. A fully hosted industry event, atb.2020 includes up to four nights’ accommodation, access to all atb-related events, breakfasts, lunch and dinners, and public transportation passes, including airport transfers.

Furthermore, for Australian delegates it includes a $1,500 contribution towards airfares. For further details and registration, contact the Austrian National Tourist Office: sydney@austria.info

Get back to nature and tradition in rural Ishikawa

A trip to Ishikawa is a perfect opportunity to unplug, unwind in beauty and nature, and discover the delights of slow travel.

Home to spectacular mountains, coastline and forests, Ishikawa is filled with green havens where the locals still use century-old traditions and methods to tend and enjoy the land’s bountiful natural resources.

A few ways your clients can immerse themselves in natural experiences and cultural traditions include learning about traditional salt farming at Okunoto Shiota Village; trying therapeutic forest bathing at Ishikawaken Forest Park; or cycle with environmentalists with Noto Note, among other experiences.

Based on advice from Australia’s Chief Medical Officer, the Australian government currently recommends travellers exercise a high degree of caution across Japan due to the heightened risk of COVID-19 coronavirus.

UFC’s return to Perth a triumph for WA tourism

The Ultimate Fighting Championship (UFC) will return to Perth this year with the McGowan Government and Tourism Western Australia securing a major event organised by the world’s leading mixed martial arts promoter.

The return of the globally popular spectacle is expected to again attract thousands of interstate tourists to WA, filling hotel rooms and supporting local tourism and hospitality businesses during the state’s traditionally quieter winter period.

New invention allows plane passengers to filter their own farts

Investing in people over profits at centre of MTA's success: CEO

We sat down with Club Med’s head of marketing and director of sales for a chat and a few episodes of The New Pope, until she began to give us spoilers.