You’ll find plenty to be happy about in this week’s Destination Wrap, but we’d recommend wearing a party hat and eating cake while reading to amplify the mood.

This year, Tourism Tasmania was unable to deliver its biennial ‘TasTalk’ trade event in its standard face-to-face format.

However, instead of missing out on the experience, the state tourism agency is inviting tourism professionals to the premiere of ‘TasTalk…The Movie’ on Thursday 23 July 2020 at 4pm.

According to Tourism Tasmania, TasTalk…The Movie is an opportunity for travel professionals to listen and connect with Tasmanian tourism operators over a live platform and hear personal insights into the products they have to offer.

Hosted by Ange Boxall, a Tasmanian-born singer/songwriter and presenter, the film will take travel professionals around Tasmania and meet operators to get the information they want to hear.

Destination Gold Coast has released a new video that reaches out to Australian families with one simple message: ‘You Deserve a Holiday’.

The new clip has been released as Warner Bros. Movie World and Wet‘n’Wild today join the growing list of family favourites on the Gold Coast that have reopened to the public.

The third and final instalment of a series of social inspiration videos, which have so far generated close to seven million views, the ‘You Deserve A Holiday’ video provides a prelude to a multi-million-dollar interstate campaign scheduled for later this month.

Thredbo Resort has recorded 85 centimetres of fresh snow, off the back of a three-day storm it described as the ‘defender’.

In other great news for skiers and snowboarders, the resort also flagged the opening of its iconic ‘Supertrail’, which made its debut over the last week, offering steep and deep turns down the mountain.

Stage 3 of the Litchfield Central Valley project has been awarded to local company, Ostojic Group and includes the construction of a 4WD access track, two loop roads to the campsites, and 10 campsites within the northern campgrounds with drop toilets and an information shelter.

In the latest edition of the Balonne Shire Council’s ‘Welcome To Our Place’ series, local farmhand Troy Shields takes viewers on a farm tour and a pub tour at Nindigully in south-west Queensland.

Welcome To Our Place – Nindigully

In this week’s edition of Welcome To Our Place, local farm hand Troy Shields takes us on a farm tour and a pub tour at Nindigully.Come meet the friendly locals and get to know Our Place. To find out more about Nidigully see: balonne.qld.gov.au/nindigullyDownload a copy of the St George & Surrounds travellers’ guide: https://bit.ly/2Cn19yz#WelcomeToOurPlace #StGeorgeAndSurrounds #Nindigully #sqcountry #OutbackQLD #HolidayHereThisYear #outbackqueensland #thisisqueensland #BalonneSC #travel #thegoodlife #vaycaymode #wheretonext #seeaustralia #farmlife

The acclaimed Toowoomba Carnival of Flowers has unveiled ‘Petals and Pups 2020’ – its official dog-friendly program, completely dedicated to hounds and their humans and in salute to Toowoomba’s first canine Ambassadog, ‘Puppy’ the Pomeranian.

In an historic move, the second-ever Ambassadog in 71 years has been named – Rambo (pictured below), a seven-month-old, tricolour, pure-bred Australian Shepherd, who will proudly fly the canine flag this year. 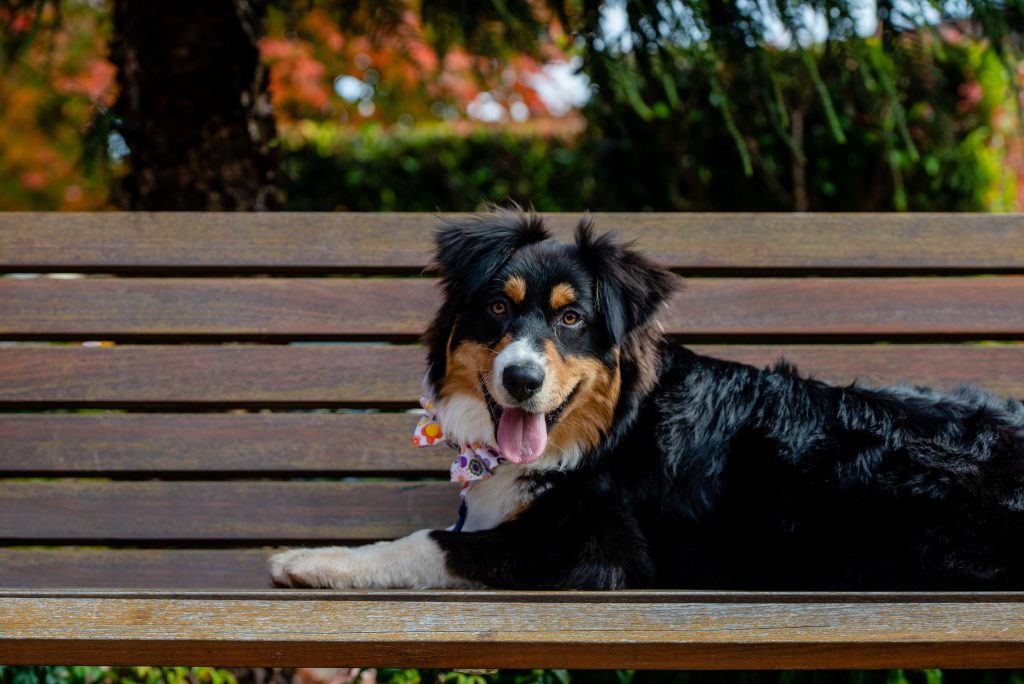 This week marked the arrival of the Maldives’ first foreign visitors since the borders closed on 27 March 2020.

Hailing from various countries, the 107 travellers arrived in Malé via Qatar Airways, which was the first commercial plane to land in the atolls since its closure.

The event, and the launch of the new ‘Rediscover Maldives’ campaign (which you can check out below) are among the first initiatives to promote the destination worldwide since the global pandemic first emerged.

Tourism Solomons plans for the future

Tourism Solomons, in collaboration with the Ministry of Culture & Tourism, has begun the process of initiating what chief executive Josefa ‘Jo’ Tuamoto describes as a five-point plan intended to rekindle and sustain the tourism sector’s fortunes, as it looks to adapt to the current and post-COVID-19 environment.

Future planning for the tourism sector took centre stage at the National Museum in Honiara, where the Minister for Culture and Tourism, Bartholomew Parapolo, delivered a keynote address to officially launch the ‘Iumi Tugeda’ (you and me together) campaign, the objective of which is to share a message of unity to all Solomon Islanders.

Prime Minister Manasseh Sogavare, fellow ministers, members of parliament and many of the country’s senior business identities were in attendance.

New Caledonia Tourism has launched ‘New Cal Uploading’, a new campaign aimed at injecting wanderlust and getting Aussies dreaming of their next holiday to New Caledonia, while international borders are closed.

As part of the campaign, Aussies are encouraged to upload their favourite memories of New Caledonia to Facebook or Instagram with the hashtag #NewCalUploading, for the chance to win a FujiFilm Instax SQ6 Instant Moments Kit or a $50 FujiFilm voucher.

A selection of the best memories will also feature on New Caledonia Tourism’s Facebook and Instagram feeds.

Accompanying the social media competition, New Caledonia Tourism has uploaded new content to its virtual hub where Aussies can immerse themselves in the sounds, tastes and natural beauty of the destination from the comfort of their home.

Accessible at newcaledonia.travel, Aussies can enjoy an exclusive music video shot in destination by Aussie indie band Crooked Colours; daydream about postcard-perfect shots of island shores from famed Aussie photographers Aquabumps; or learn how to explore the best of New Caledonia in a week, for less than $1,000, with the adventurers at We Are Explorers.

From 22 July until 31 August, travellers will receive an initial 35 percent discount on their travel expenses. In September, travellers will also receive coupons and gift certificates to be used at their destination, with the total value of the government subsidy equal to about half the cost of the trip.

According to Time Out Tokyo, the coupons and gift certificates can be used at restaurants, souvenir shops and selected tourist attractions; participating venues are expected to place a sticker on their storefronts for easy identification. 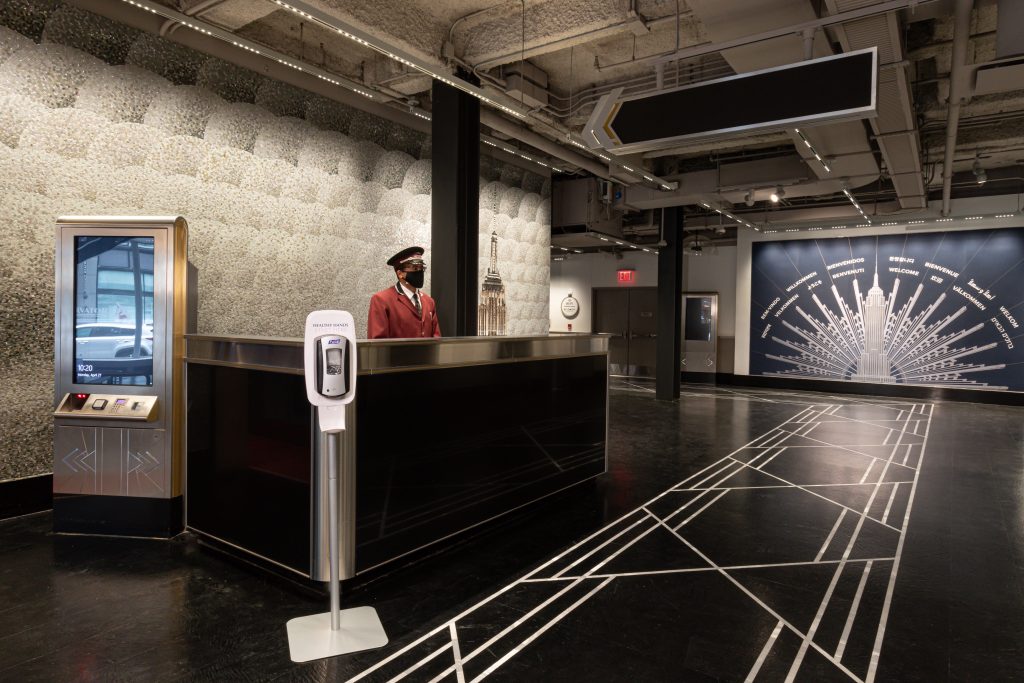 The Empire State Building has announced the recall of its employees for training in the new protocols and processes required as the final step to prepare for its world-famous Observatory to reopen on 20 July 2020, under New York State’s Phase 4 guidelines.

For the first few weeks, hours of operation will be reduced to 8am to 11pm, with initial capacity will reduced by more than 80 per cent to only 500 guests in the observatory at a time.

🐻 Bears are often seen feeding along Yukon highways. It's best to keep your distance and keep your viewing experience…

Tourism Yukon has shared some exciting news about the Canadian territory’s local inhabitants.

From the Yukon’s capital city Whitehorse to Tombstone Territorial Park, thousands of grizzlies and black bears have awoken from their winter slumber, ready to celebrate the midnight sun during Yukon’s balmy summer days.

Situated in Canada’s north west, Yukon is one of the few natural havens on Earth where wildlife is not just surviving but thriving. Imagine a wilderness expanse the size of California, where the population of moose, bears, caribou, and sheep (to name a few), far exceeds the 40,000 human residents.

The whole of the Yukon is a wildlife sanctuary, and a place where caribou outnumber people two to one. The territory boasts three national parks, six territorial parks and four Canadian Heritage Rivers.

The month-long series launches on Thursday 23 July, and will include sessions on:

To register, click here. Once registered, agents will receive information on how to join the webinars.

Agoda has joined forces with the Tourism Authority of Thailand (TAT) to support the US$482 billion (more than $692 billion) ‘TTogether’ stimulus project, and leverage Agoda’s technology and marketing expertise to offer a simplified booking and payment process for participants in the government’s subsidised domestic tourism program.

The TTogether tourism stimulus encourages Thai locals to plan inter-provincial trips to book and stay between 18 July and 31 October 2020, to help revive domestic tourism and support hoteliers in the 76 provinces across the country.

Agents experience a touch of Baja Mexico, from the comfort of home 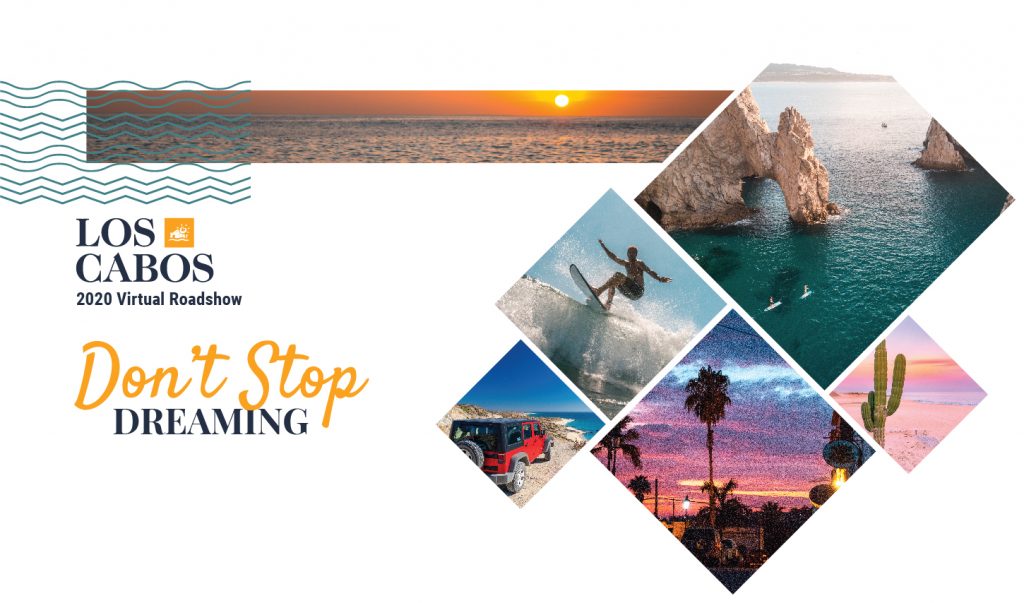 Los Cabos hotel delegates took Australia by (virtual) storm through a series of online travel agent seminars that showcased the Mexican paradise’s hotel offerings for when travel is open up again.

Over 100 agents were introduced to the hotel’s offerings by Paola Zevallos of Gate 7 (Los Cabos Tourism’s Australian office), showcasing the luxurious properties including two of the newest hotels in the destination: Four Seasons and Zadún, A Ritz-Carlton Reserve.

Participants with eagle eyes were quizzed following the seminars, with 40 lucky agents winning $100 vouchers to top Mexican restaurants across the country. Tourism board representatives in Los Cabos, as well as the 20 hoteliers, presented on Los Cabos and their product during the online classes.

Rumour is Flight Centre’s original tech pitch included a motorised back scratcher, but investors were not impressed.

Agents invited to brunch and win with I Love NY

If attending a decadent brunch and winning a trip to New York were both on your to-do list this week, then this news will be music to your ears.

Emirates teams up with Tourism Authority of Thailand

Despite how it may appear in the accompanying image, the partnership was not ONLY to celebrate how cute Thailand’s Minister of Tourism’s new tiny plane is.