To enhance the positive vibes of this week’s Destination Wrap, we highly recommend showering yourself in glitter or even letting off a few party poppers.

The Tourism Industry Development Fund offers grants from $20,000 to $500,000 for new and improved regional accommodation, and quality regional tourism product and experiences, aiming to assist in the COVID recovery of regional tourism.

“What we’re hearing loud and clear is the opportunities of investing in regional tourism now – about jumping on the surge in intrastate interest in our regions – will help operators recover quicker and come back stronger,” SATC chief executive Rodney Harrex said.

For the first time in the festival’s history, Parrtjima will launch a virtual tour, allowing viewers to experience the spectacular light projections across the MacDonnell Ranges from home.

The virtual tour debuted on the Parrtjima website on Friday at 7:30pm (EST), and is available for viewing throughout the festival, which runs until 20 September.

The new tour is set to inspire travellers to start planning their 2021 trip to Alice Springs. Parrtjima will return in April next year, with dates to be announced shortly.

New festival dates for next year have also been announced, with Parrtjima returning to the Red Centre from 9–18 April 2021.

Tasmanians have shown their support for their home-state’s tourism industry, with Premier Peter Gutwein revealing around 8,000 family vouchers have been claimed from the ‘Make yourself at home travel voucher’ program.

More than 21,500 vouchers were allocated and with the scheme running through school holidays, demand for family packages has been high.

In an update on the progress of the program, Premier Gutwein said the state estimates the vouchers issued equate to around 40,000 bed nights and at least 40,000 experiences. Around 55,000 Tasmanians are expected to benefit from the program.

“Given the number of registrations we received [by 7 September 2020], it’s clear that Tasmanians are keen to take up the chance to take a break, explore our state and in doing so support our industry at the same time,” he said.

Premier Gutwein reiterated that the vouchers are non-transferable and won’t be able to be redeemed if sold.

The ownership of long-term Northern Territory mining town Jabiru has been returned to the Mirarr Traditional Owners, who have plans to transform it into a sustainable tourism hub.

Minister for Indigenous Australians Ken Wyatt AM said in a media release that the new township lease, made possible with the passage of the Aboriginal Land Rights (Northern Territory) Amendment (Jabiru) Act 2020, will help the Mirarr people realise their aspirations and vision for their community.

“The Mirarr people have been instrumental in looking towards the future of Jabiru as the nearby Ranger Uranium Mine ceases operations by 2021,” Minister Wyatt said.

“The Mirarr have a comprehensive masterplan to transform the local economy away from mining and into a world class tourist destination with service industries supporting economic growth in the region.” 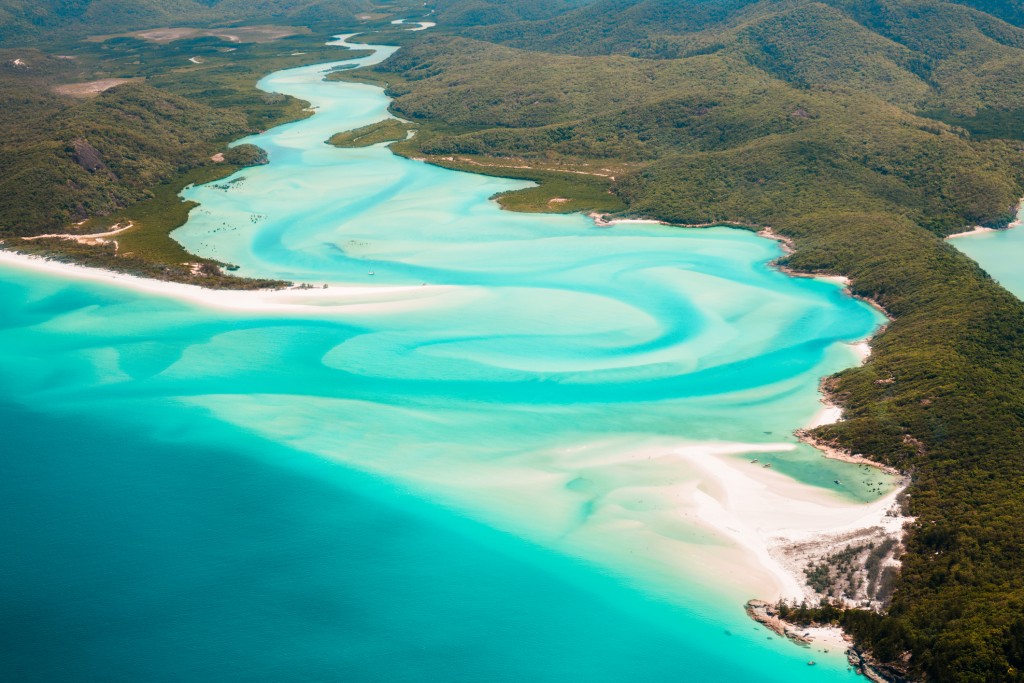 The announcement, which came earlier this month, comes as part of a $15 million package announced by Premier Annastacia Palaszczuk.

Minister Jones said the COVID-19 Marine Tourism Support Grants would provide up to $20,000 to the owners of tourism vessels to offset their private marina berthing fees in the Whitsundays.

Collectively, there was an investment of $170,000 for the campaigns, which has resulted in over 5,600 bookings and generated more than $3.5 million in direct bookings for the industry.

This represents a 20:1 return on investment for Tourism Whitsundays.

It proposes the establishment of a centrepiece First Nations Cultural Centre in Perth, an additional five new Cultural Centres across five Western Australian regions, and an expansion of the Camping with Custodians program.

Meanwhile, Perth locals are being encouraged to pretend their is a place they have never visited before and reacquaint themselves with the city on a ‘staycation’.

A selection of new and much-loved tours are on offer to accompany a city stay, highlighting Perth’s history, heritage, landscapes, and food and drink hotspots.

The Academy Museum of Motion Pictures has announced details of its Hayao Miyazaki exhibition, the museum’s inaugural temporary exhibition.

The exhibition is curated by Academy Museum exhibitions curator Jessica Niebel and assistant curator J. Raúl Guzmán and organised in collaboration with Japan’s renowned Studio Ghibli, which Miyazaki co-founded in 1985.

With more than 300 objects, the exhibition will explore each of Miyazaki’s animated feature films, including My Neighbor Totoro (1988) and the Academy Award-winning Spirited Away (2001).

Hit the road with the Sounds of Scotland

This year had been earmarked as the Year of Scotland in Australia (YOSA)—a time to showcase Scotland’s finest traditional, Gaelic, Celtic, and folk musicians to audiences around the country.

With many of the planned events cancelled due to COVID-19, and in addition to concerts streamed on the YOSA Facebook page, YOSA has curated a series of Scottish playlists so the #SoundsofScotland can still be enjoyed in Australia.

The Levitt Shell Virtual Series allows travel and music lovers around Australia and the world to be transported to the city of Memphis virtually.

For the next three weeks, those at home can tune in on Saturday at 10:30am (EST) and watch performances from the last decade by some of the Levitt Shell’s and Memphis’ favourite artists.

Those at home in Australia are able to watch the three remaining gigs from the Levitt Shell Virtual Series here.

Switzerland Tourism is organising a series of bushwalks in the Greater Sydney area. The idea is not to sell or promote Switzerland, but rather to stay connected with the Australian travel trade and trade media, and build relationships over an informal and leisurely walk. 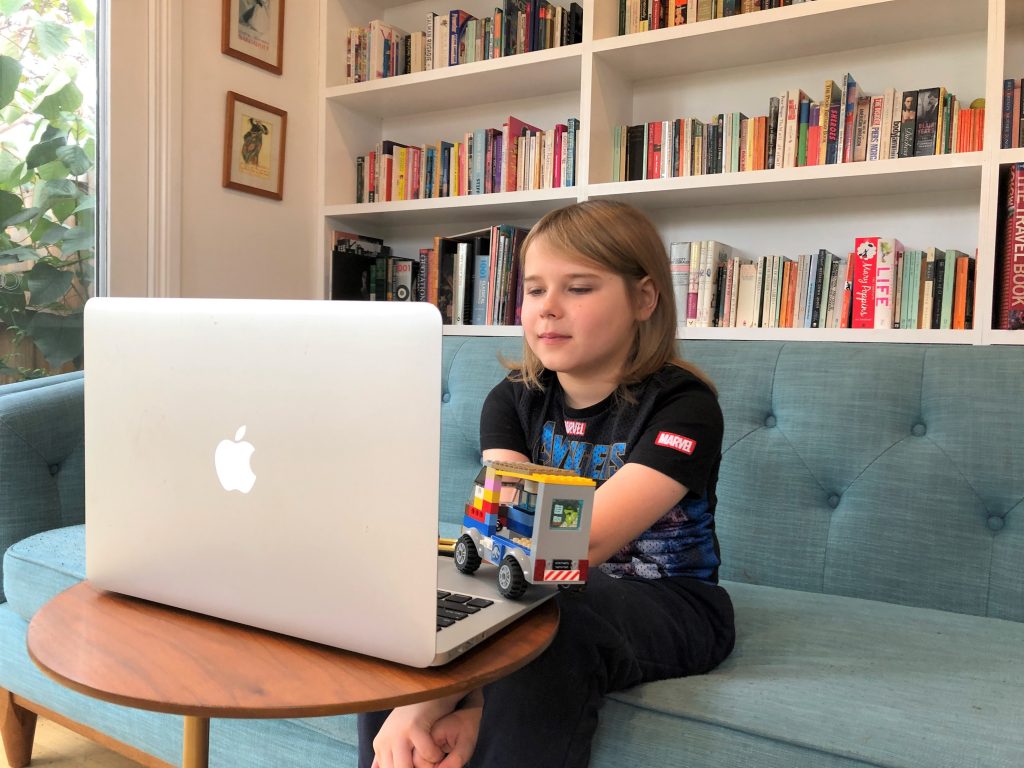 Developed for primary school-aged kids, there are four different programs across the two attractions.

These include SEA Life Melbourne’s holiday camp and the junior shark keepers’ program. While at LEGOLAND, children can enjoy a filmmakers’ holiday camp or the boredom busters challenge.

Banff National Park is showcasing health and wellness tips, luring international visitors to plan ahead for pure escapism when borders open.  From outdoor pursuits amongst landscapes with a spectacular golden glow to wellness workshops, visitors can plan a relaxing and rejuvenation holiday amongst the pristine wilderness and striking calmness that is abundant in the Canadian Rockies.

Banff and Lake Louise Tourism is encouraging travellers to unlock the effects of nature with these top six wellness and escapism activities to plan for when visiting the Canadian Rockies:

Registrations are open for Travel DAZE 2020 (it's free, of course)