Yes, you read the headline correctly – some absolute mad man is holding a rodeo by the Reef. Find out what that’s all about, plus the latest updates from your clients’ fave destinations, here.

Tourism businesses from across New South Wales were honoured last Thursday as the winners of the 30th-anniversary edition of the prestigious NSW Tourism Awards were announced at the Four Seasons Hotel, Sydney with 490 industry representatives in attendance.

Managed by the Tourism Industry Division of the NSW Business Chamber, the state’s peak business organisation, and supported by the NSW Government via its tourism and major events agency, Destination NSW the NSW Tourism Awards recognise those businesses who exemplify quality tourism. These businesses provide leadership in innovation, marketing and in the delivery of quality products and services. These are businesses who advance and promote the NSW and Australian tourism industry through consistent customer service and quality experiences to all.

The best of WA’s tourism industry recognised at awards

The 154-year old heritage-listed Busselton Jetty extends 1.8 kilometres over Geographe Bay, and is the longest tourist jetty in the Southern Hemisphere. Visitors can experience the onsite Interpretive Centre, ride the solar-powered electric train and with an underwater observatory at the end of the jetty (one of only six in the world), visitors can descend eight metres underwater to view marine life beneath the jetty.

Several tourism operators were inducted into the Hall of Fame after each winning gold in their categories over the past three years – Sandalford Wines in Perth’s Swan Valley; Beach House at Bayside in Albany and Mandurah Crab Fest.

The gold medallists in categories 1 to 25 will go on to represent WA at the Qantas Australian Tourism Awards, held in Canberra on Friday, 6 March 2020.

Check out all the winners here.

Samoa’s government has ordered all schools, including the National University of Samoa to be closed after declaring a state of emergency amidst a measles epidemic.

ABC News reported that seven suspected measles-related deaths have been recorded so far and the government is urging children under 17 not to attend public gatherings as well as making vaccinations a mandatory legal requirement for all Samoans.

New Zealand Festival of the Arts has launched a new-look programme designed to put Aotearoa on the map as the creator of innovative arts festival experiences.

Traditionally, arts festival programmes are selected by a single artistic director. But in 2020, New Zealand Festival of the Arts, which runs 21 February – 15 March, is breaking the mould with a new approach that sees three high profile artists become Guest Curators. Each Guest Curator will offer a signature series of events across a week of the festival: contemporary artist and radical theatre-maker Lemi Ponifasio, Grammy Award-winning musician and multimedia artist Laurie Anderson and Academy Award-winning composer, musician, actor, and comedian Bret McKenzie.

All ports of entry as well as the airline and maritime industries have been informed following the signing of the waiver by Minister Motsoaledi on Friday. 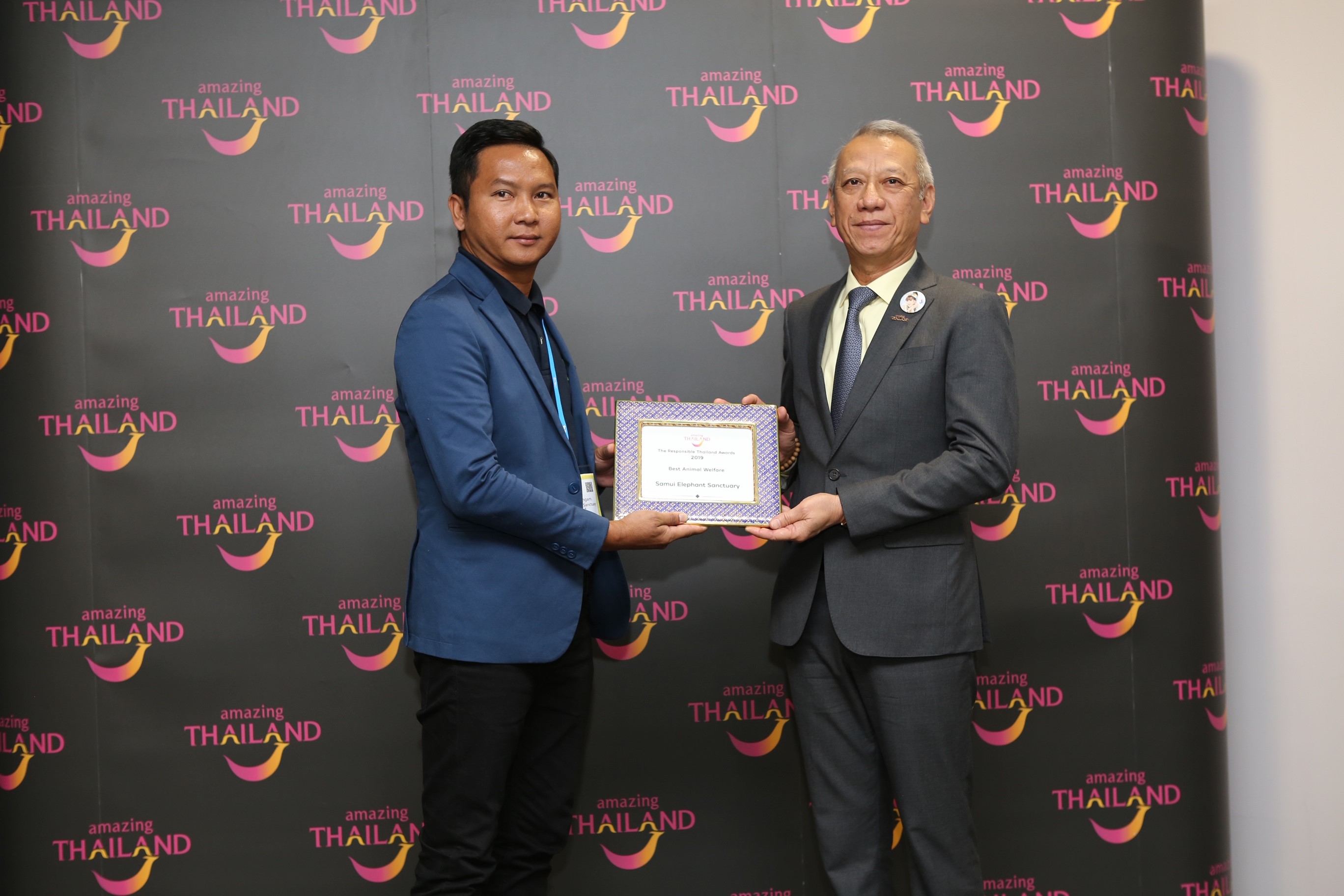 Samui Elephant Sanctuary (SES) is this year’s winner of the ‘Responsible Thailand’ award in the category of Animal Welfare for its work rescuing and rehabilitating elephants in Thailand. The award was presented by Pipat Ratchakitprakan, Thailand’s Minister of Tourism and Sports at World Travel Market in London.

The same award was won by Elephant Nature Park in 2018, which is a ‘sister’ sanctuary in Chiang Mai, highlighting the growing movement to save elephants from the trekking industry.

Where else can you go to a rodeo in the heart of the Great Barrier Reef? 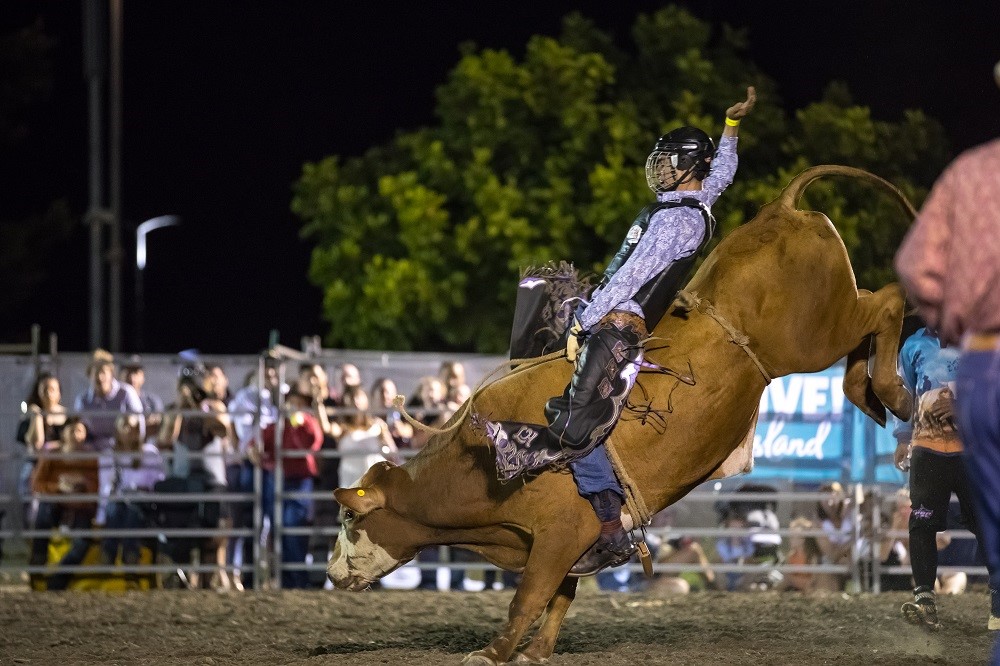 There will be full-on action and entertainment at the Rodeo by the Reef on Saturday 18 January 2020 when the dirt and dust of rodeo shenanigans kick off alongside the beautiful azure waters of the Whitsundays in a bull riding bonanza.

All eyes will be on Bowen, with the Rodeo by the Reef providing top-class entertainment for the whole family as part of the Whitsundays Clipper Race Carnival.

This exciting event will deliver world-class bull riding, surrounded by the beautiful environment of the Whitsundays region, with the rodeo taking place between the well-known Grand View Hotel and picturesque Coral Sea.

Tourism Noosa is providing ten of its members an opportunity to be part of a training program for the tourism sector aimed at growing inspiring industry leaders.

The Tourism Noosa Leadership Program is a one-off initiative to provide tourism businesses an exclusive opportunity to assess and implement new thinking into their business. The aim is to build resilient tourism products focussed on enhancing the customer experience and to work as a collective to capitalise on growing levels of high yielding domestic and international visitation.

The initiative has been made possible by funding from the Australian Government through the Building Better Regions Fund and will explore tourism leadership issues specifically for the Noosa region with the outcome to build capacity and raise leadership standards underpinned by peer and mentor learning processes. The ultimate goal is to create sustainable, competitive tourism businesses armed with the tools and knowledge to make strategic decisions.

The program will feature a range of workshops plus one-on-one mentoring sessions as well as a three-day roadshow to Hobart to witness and experience ‘Best in Practice’ tourism offerings to analyse what learnings could apply to their own tourism businesses.

The program starts in November and will continue into early 2020.

The new owner of Dunk Island, Mayfair 101, has today confirmed it has been awarded the tender for the Dunk Island Spit.

Awarded by the Cassowary Coast Regional Council, Mayfair 101’s successful bid for the Dunk Island Spit 30-year lease is part of a $1.6 billion planned investment in the region to reclaim its position as the premier tourism destination in Far North Queensland.

Speaking on the winning bid, Stuart Duplock, CEO of Mayfair Iconic Properties, said: “The Dunk Island Spit is a major drawcard for the Mission Beach region and a key gateway for tourists and Cassowary Coast residents to arrive on the island.”

“Reward and recognition within a team is essential”: Flight Centre’s Danielle Galloway

Africa’s Travel Indaba officially opened on Tuesday with a call for the continent to work collaboratively to drive tourism growth, […]

Samoa to reopen for international visitors by September

The Pacific Island paradise has been working hard behind the scenes and will soon be ready to welcome Aussies back to its stunning shores.