Get ready to welcome the worst day of the week in good spirits after reading Travel Weekly’s Destination Wrap.

Parks Australia has announced staged re‐opening plans for Kakadu and Uluru‐Kata Tjuta national parks, with both parks to welcome visitors from Friday 19 June 2020.

Director of National Parks Dr James Findlay said due to COVID‐safe arrangements and infrastructure upgrades, some areas of the national parks will not be open to visitors during the initial re‐opening.

Kakadu National Park will be open for day use only, between 8am and 5pm. Most boat ramps will be open, meaning visitors will once again be able to enjoy some of the Top End’s best fishing.

At Uluru‐Kata Tjuta National Park, walking tracks and sunrise and sunset viewing areas will be open.

Visitors can take a walk to Mutitjulu Waterhole, hike around the base of Uluru or explore Kata Tjuta’s breathtaking views.

The cultural centre and associated businesses will remain closed during this first stage of reopening, as will organised group activities and tours.

In the group, Tourism Ireland will share information about upcoming events, as well as product updates, trade industry discounts and familiarisation trip details. 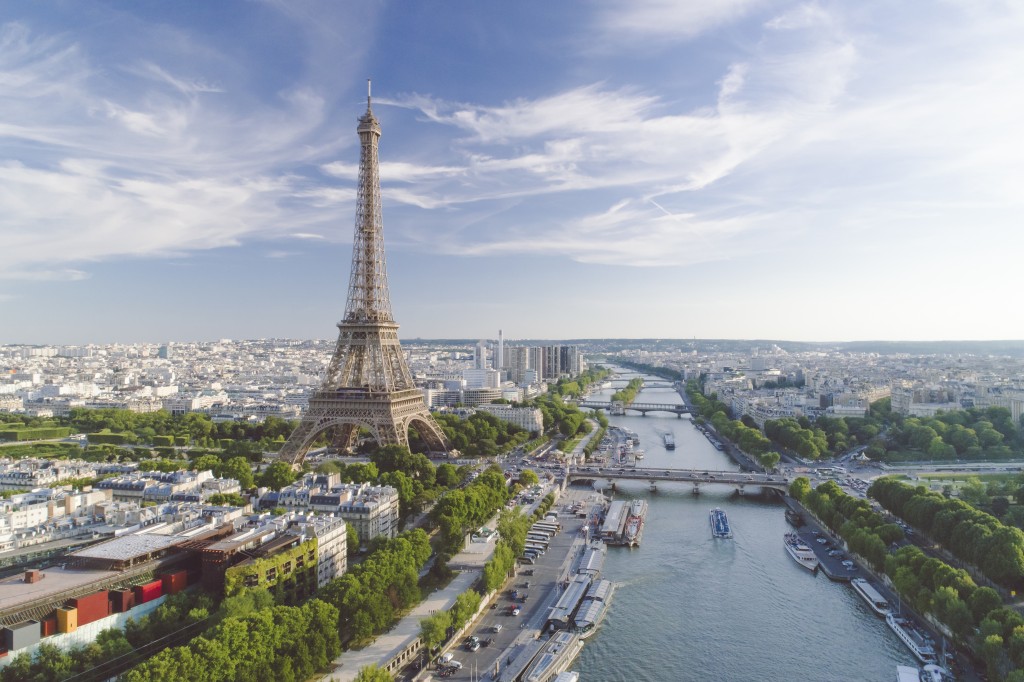 France will lift restrictions at its borders for European Union travellers on Monday, the French Interior and Foreign ministries said in a statement on Friday, as reported by the Australian Associated Press.

“Given a favourable development of the health situation in France and Europe and in accordance with the recommendations of the European Commission … France will lift on June 15 (0h00) all traffic restrictions at its European internal borders (land, air and sea), implemented to fight the COVID-19 pandemic,” the statement said.

Travellers from the member states of the EU, as well as from Andorra, Iceland, Liechtenstein, Monaco, Norway, San Marino, Switzerland and Vatican will also be able to enter the French territory without restrictions, AAP reported.

Furthermore, the country’s iconic Eiffel Tower could reopen on 25 June, with a suite of new COVID-19 safety measures, according to French officials.

Guests aged 11 years and up will be required to wear masks, with elevators and the top floor off-limits. Capacity will also be limited on both the first and second floors, and separate staircases will be used for guests on their way up and for those heading back down. 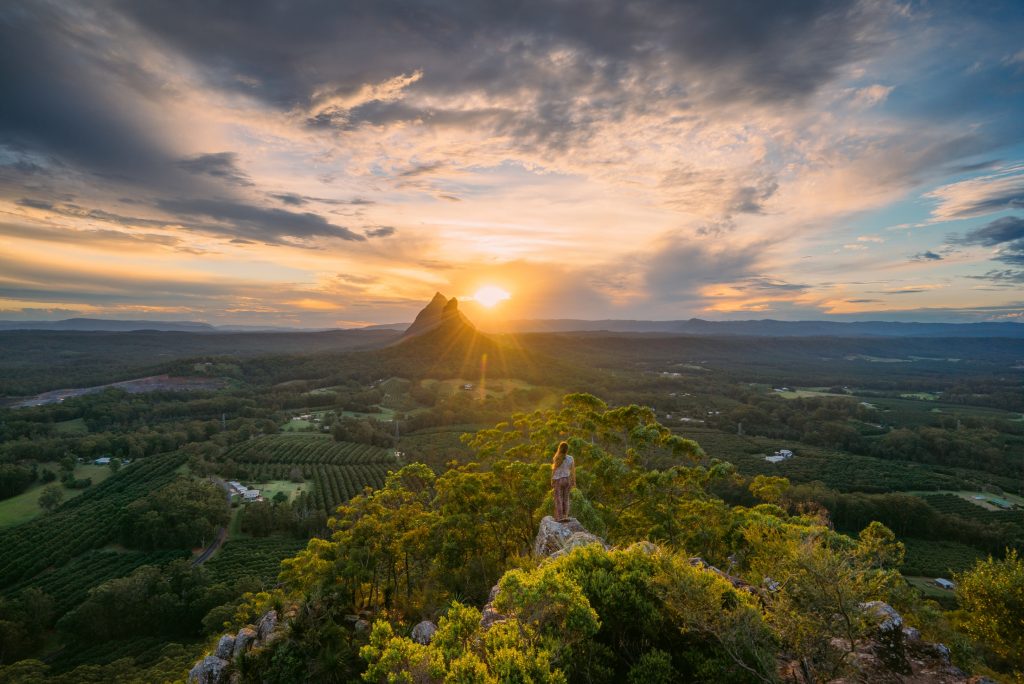 The Sunshine Coast is urging Queensland Premier Annastacia Palaszczuk to allocate $1 million in funding so that Visit Sunshine Coast can “urgently initiate” an intensive marketing campaign to attract Queensland visitors over the winter period.

The call comes after the Palaszczuk government provided $2.4 million each to the Gold Coast and Tropical North Queensland Regional Tourism Organisations (RTOs) – a move which Visit Sunshine Coast said places those markets at a distinct advantage when marketing to Queensland tourists.

In a joint letter to the Premier from Sunshine Coast Council and Visit Sunshine Coast, it was acknowledged that while the $2.4 million received by Gold Coast and Tropical North Queensland RTOs in February this year was in recognition of the loss of their international visitor market in the wake of the COVID-19 pandemic, both had now pivoted their marketing efforts to focus on the Queensland visitor.

Sunshine Coast Council Mayor Mark Jamieson said the additional $2.4 million provided to each of those RTOs means they are now actively competing against the Sunshine Coast for intrastate visitors, which is a market that has traditionally been a major source for our region.

The COVID-19 lockdown in New Zealand was like torture for travelling kiwis. This is the catalyst behind a new Visit Ruapehu campaign launched this week, created by Auckland indie agency RUN.

RUN created the tactical campaign to reflect the feeling of the nation, by transporting people from the confines of their boring Zoom meetings, out into nature. It features fly fishing, cycling on the famous Timber Trail, hiking and enjoying surrounding townships. 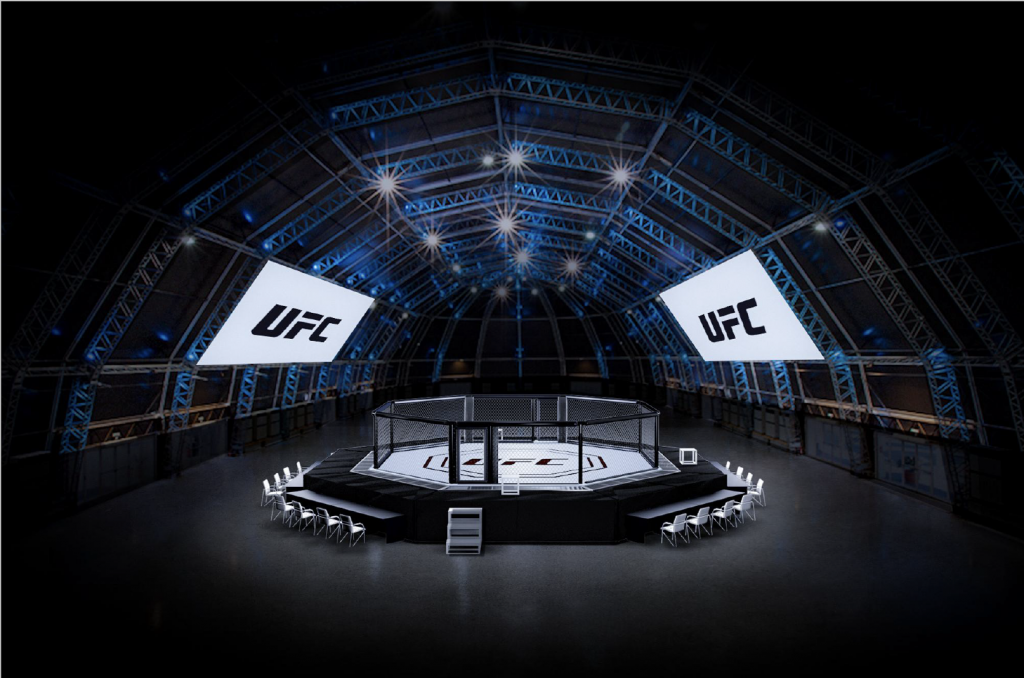 UFC and the Department of Culture and Tourism – Abu Dhabi (DCT Abu Dhabi) have announced that the much-anticipated UFC FIGHT ISLAND events will be held on Abu Dhabi’s Yas Island, one of the emirate’s most popular leisure, shopping and entertainment destinations.

UFC will produce four events on Yas Island, including one pay per view – UFC 251 – and three fight nights.

The schedule begins with UFC 251 on Saturday, 11 July, and will be followed with successive fight night events to be held on Wednesday, 15 July; Saturday, 18 July; and Saturday, 25 July.

Details for each event, including fight cards, will be announced in coming weeks.

To accommodate existing public health guidelines, DCT Abu Dhabi will create a safety zone within Yas Island that will include an arena, hotel, training facilities, and dining establishments.

This safety zone will only be open to UFC athletes and their coaches, UFC staff and other event personnel, and Yas Island employees who are necessary to ensure the operation of the facilities. 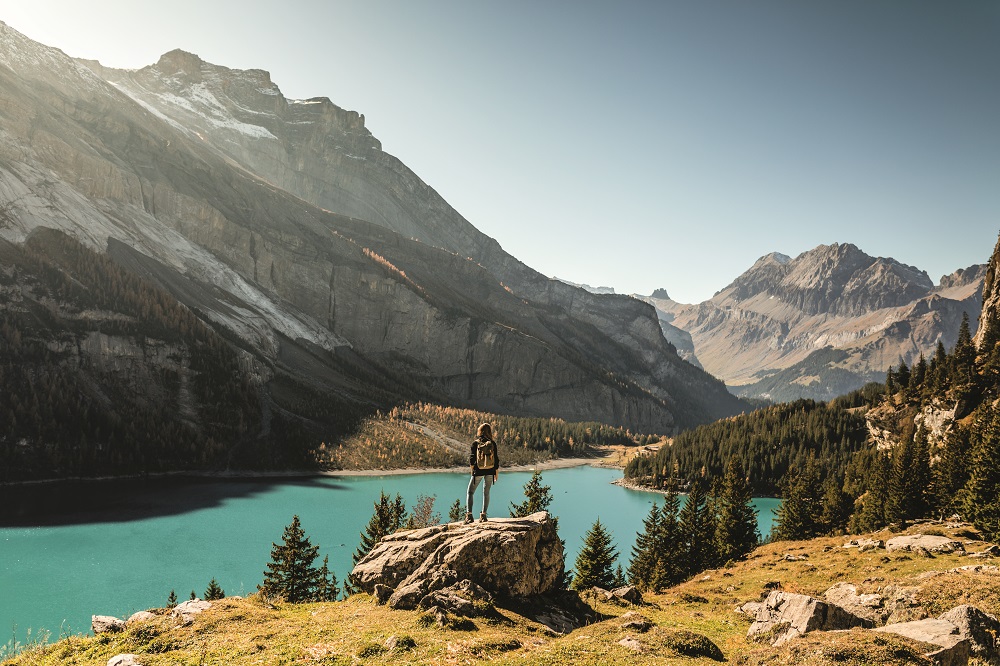 Switzerland Tourism has released 12 lesser or unknown fun facts about the country that may surprise many travellers. 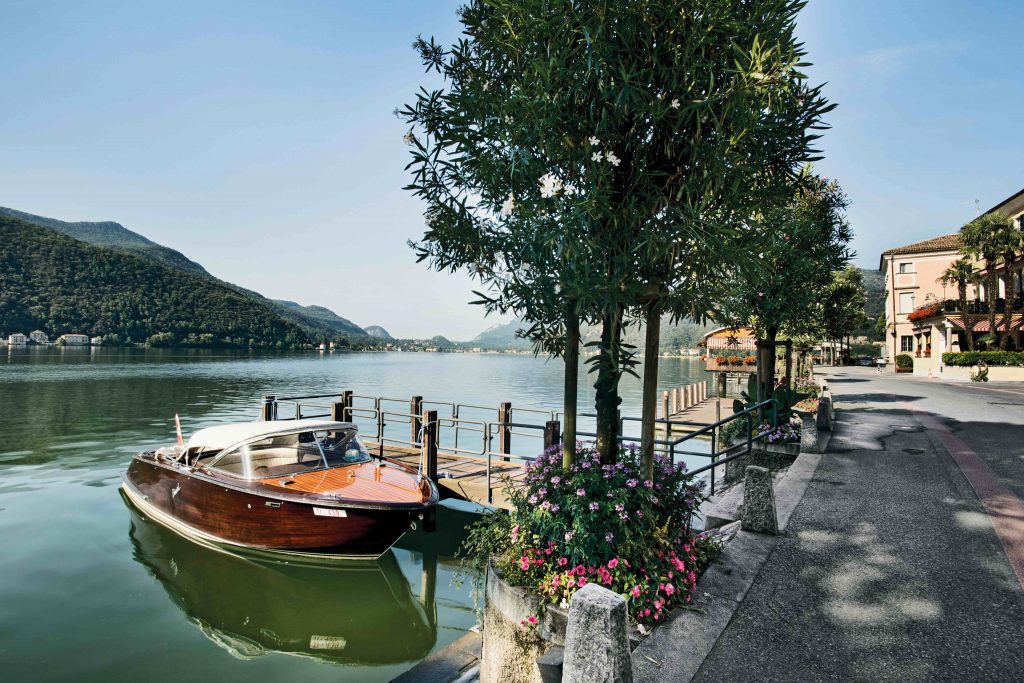 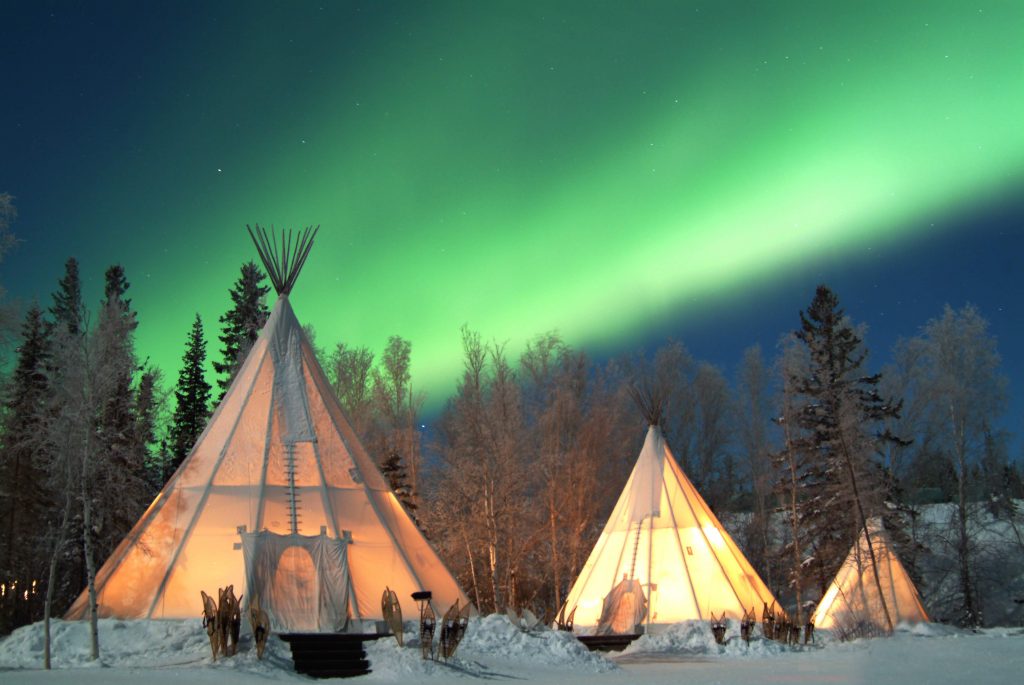 All travel agents including Canada specialists are invited to join one of two webinar sessions from Destination Canada to learn about the two aurora seasons in Yellowknife, plus accommodation and viewing options, seasonal activities and the gateway to the arctic region of Canada.

URBNSURF Melbourne will re-open this Friday 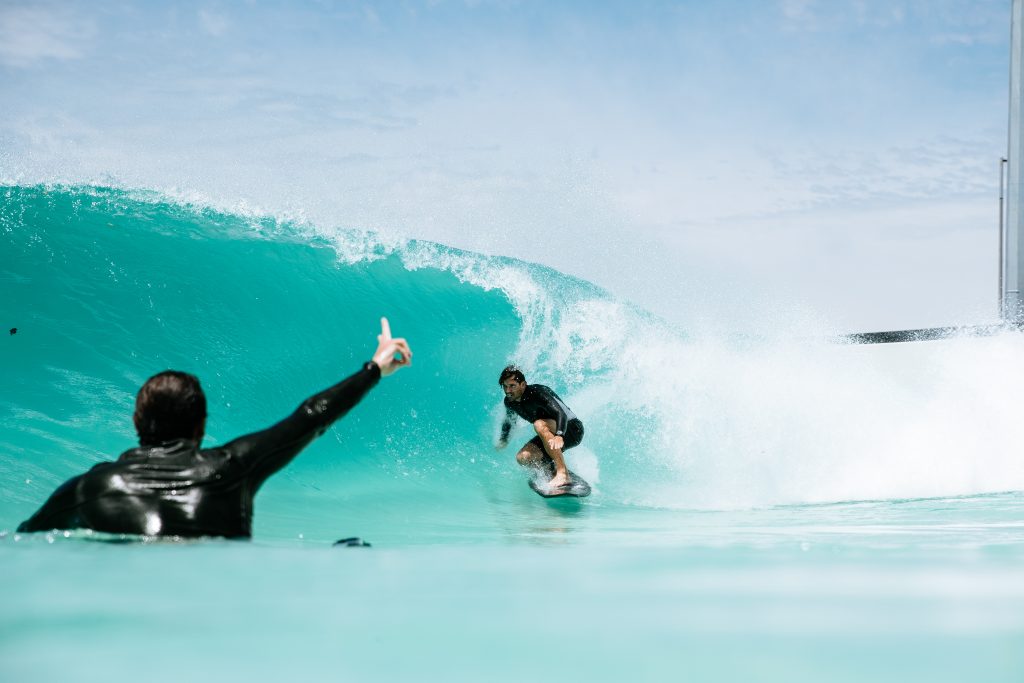 In line with the Victorian government’s gradual easing of restrictions, up to 18 surfers will be permitted on each side of URBNSURF Melbourne’s surfing lagoon, and additional hygiene and safety measures have been implemented to ensure guest and crew safety.

While initially only surfing guests will be permitted at the park, as restrictions are eased further, surf lessons and spectator visits will resume and more of the surf park’s areas and amenities, including new lagoon-side hot tubs, will be opened.

Melbourne Star to reopen on 18 June

Melbourne Star Observation Wheel will reopen to the public on 18 June 2020 following the easing of Victorian government restrictions.

To celebrate its reopening, Melbourne Star is offering two-for-one tickets along with a hot or cold complimentary drink for guests to relax and reconnect in the comfort of their own warm, Private Cabin with friends or family until 31 August 2020.

As another great way to celebrate with the loved one, guests can opt for a more exclusive High Tea option, served for lunch with a glass of bubbles.

Welcome To Our Place

Lucy, Ben and our colourful cast of local characters are back and ready to Welcome you to Our Place!After months in isolation, it’s time to pack up the camper trailer ? and the kids hit the road for St George & Surrounds for the holiday adventure of a lifetime. Who needs a fancy trip to Europe to see the Eiffel Tower or to take cruise ? down the Rhein when we’ve got the painted Silos and the beautiful Balonne River? We even have Queensland’s most western Vineyard ? ? and William the Giant Hairy-Noised Wombat! Along with 7 lovely river towns and loads of space for you relax and unwind in….. ? ❤️If you haven’t booked your school holiday adventure, now is the time. For more information download a copy of the St George & Surrounds Travellers Guide: https://www.balonne.qld.gov.au/visitors/download-a-visitor-guide #WelcomeMate #WelcomeToOurPlace #StGeorgeAndSurrounds #StGeorgeQLD #HolidayHereThisYear #outbackqueensland #thisisqueensland #BalonneSC #travel #thegoodlife #vaycaymode #wheretonext #seeaustralia

Posted by St George and Surrounds on Tuesday, 9 June 2020

The Balonne Shire Council is transforming its residents into welcome ambassadors. as the council launches a new tourism marketing campaign to navigate the region’s recovery from the COVID-19 shutdown.

Balonne Shire Mayor Samantha O’Toole said ‘Welcome to Our Place’ follows on from the hugely successful ‘Welcome Mate’ campaign that brought the community together to create the St George Matesong which went viral.

South Africa has been recognised for slowing down infections and implementing various lockdown measures through a risk adjusted strategy aimed at easing restrictions and opening up the economy and other activities over five alert levels (with Level 5 being the most restrictive).

When the risk-adjusted strategy was initially introduced in April, the tourism sector was placed at alert level 1 with some operations permissible at alert level 2.

However, over the last few weeks, a lot of consultative work and focus has been placed on both de-risking the sector and putting health and operational protocols in place for the safety of all tourists and employees.

These have been benchmarked against measures being rolled out globally, South African Tourism said.

Following industry-wide engagements, there has been a commitment by the South African government, led by President Ramaphosa and the private sector, to work towards a phased reopening of the sector, starting at Level 3.