Here’s all the latest cruise news, wrapped up courtesy of Travel Weekly…

The new portal provides a single location for all travel agent engagement, where users can access key brand and sales promotion information, find essential marketing materials, and manage all itinerary planning and bookings in the one location, Hurtigruten said.

It also features easy to use navigation panes, step-by-step ‘how-to’ videos, and convenient cruise locator functions, among other features.

In other Hurtigruten news, the cruise company has showcased what travellers can expect on the high seas in the ‘new normal’ with its onboard health and safety protocols.

Check it out for yourself, below:

The Scenic Group’s newly formed shipbuilding company, MKM Yachts, was granted a sub concession of the Maj 3 Shipyard in Rijeka, Croatia, at an official signing ceremony earlier this month.

The ceremony was attended by the Croatian Minister of Transport, Infrastructure and Sea Oleg Butkovic and MKM Yachts managing director Sasa Cokljat.

In other good news for the group, Scenic Eclipse has been accepted as a member of the International Association of Antarctica Tour Operators (IAATO).

Scenic said its acceptance would mean that guests could be assured that Scenic Eclipse’s operations “will meet and exceed industry standards”.

“Collectively as members, compliance with IAATO rules and regulations assists in ensuring the long-term viability of Antarctica and its protection for future generations,” Scenic said.

PONANT has taken delivery of its sixth EXPLORER series vessel, Le Jacques Cartier, barely 24 months after the first of the series’ vessels was delivered to the cruise line.

Combining 92 staterooms and suites, all with a balcony or private terrace, state-of-the-art technology, respect for the environment and sleek design, Le Jacques Cartier is made for luxurious expeditions, PONANT said.

The news comes as PONANT announced it is set to resume cruising with inaugural voyages of Le Bellot circumnavigating Iceland.

The 180-guest Le Bellot will explore the coast and shoreline of Iceland on a series of seven-night itineraries revealing the glaciers, fjords, waterfalls and volcanoes of the Nordic nation.

Princess Cruises has changed its deployment in Alaska and Europe for summer 2021 with Majestic Princess arriving to the West Coast and setting sail for her inaugural Alaska season, and Regal Princess returning to Europe.

In 2021, guests will be able to experience Majestic Princess for the first time in Alaska. She will be deployed to Alaska replacing Regal Princess, picking up all Regal Princess published Seattle Inside Passage departures from May to September.

Regal Princess’ 4 May 2021 departure of a five-day Alaska Sampler will be cancelled.

Regal Princess will sail from Southampton, England replacing Grand Princess for summer 2021, sailing on 17 roundtrip departures from Southampton to the Mediterranean, Norway, Scandinavia, Iceland and other popular destinations in Europe.

As a result of this change, the Regal Princess South Pacific Crossing, and two Grand Princess seven-day Europe cruises will be cancelled.

Grand Princess will be deployed to the West Coast for a new summer Mexico and California Coast season departing from Los Angeles with details to be announced later this summer.

German cruise line AIDA Cruises, which is a part of Carnival Corporation, has announced it will resume sailing operations in August 2020.

Following an industry-wide pause in operations in mid-March, three of its ships will restart sailing next month.

AIDAperla will be the first to set sail on 5 August from Hamburg, followed by AIDAmar from Rostock-Warnemünde on 12 August and AIDAblu from Kiel on 16 August. 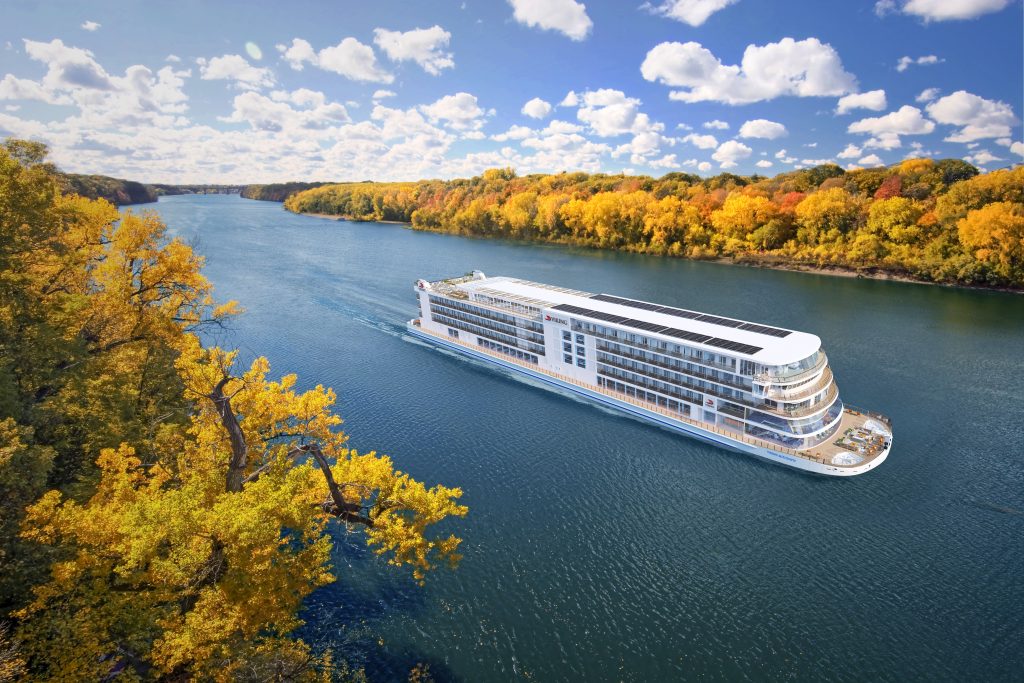 After the popularity of its first trade training email series, Viking is launching a second, four-week program dedicated to its brand-new Mississippi River cruises.

Each week, Viking will send registered agents a dedicated learning email that calls out key information about the new destinations and purpose-built ship, Viking Mississippi, as well as where agents can find supporting materials for their own marketing activity.

Cruise Traveller is inviting Australian consumers and travel agents to join a free webinar on expedition cruising through the Canadian Arctic at 6pm on Wednesday 22 July.

The webinar will offer an inspirational and educational virtual tour of the remote and pristine Canadian Arctic and can be watched live or later at any time using a link for the recording.

Everyone who registers for the live session will also go into the draw to win a US$2000 ($2,857) travel voucher which can be used as a discount on one of Adventure Canada’s expedition journeys between July and October 2021.

A-ROSA River Cruises has successfully recommenced sailings in French waters. After a smooth restart of its operations on the Portuguese Douro river, the Rhine and Danube in June, France was the last country for A-ROSA to sail again.

The first departure took guests from Lyon to Arles, the gateway to the Camargue, a protected national park famous for its wild white horses and pink flamingos.

Norwegian to showcase 2021 and 2022 ‘Extraordinary Journeys’ 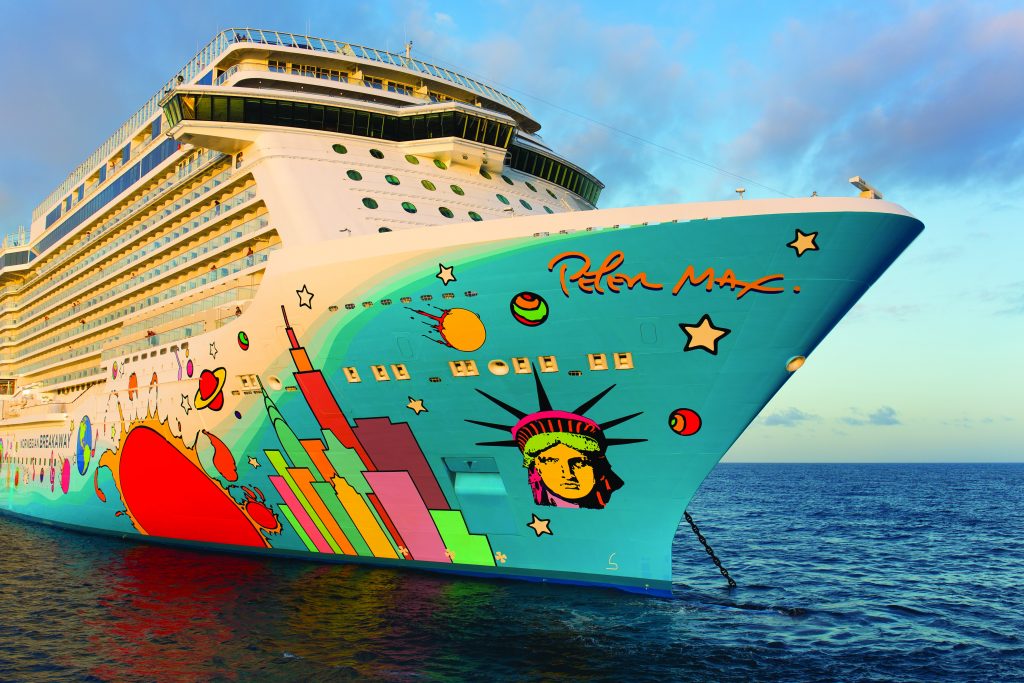 Norwegian Cruise Line (NCL) is set to showcase its newest Extraordinary Journeys for 2021 and 2022 in the next ‘NCL’s News & Network Series’ webinar instalment on Tuesday 21 July at 10:30am (EST).

The latest webinar in the series will provide Australia and New Zealand travel agents with insights into this new collection of sailings through an interactive, educational experience, with attendees able to ask questions during the session.

Agents will also have the chance to win 1 of 5 $100 gift cards if they answer questions revealed during the webinar. To register, click here.

Hapag-Lloyd Cruises is planning to set sail again starting at the end of July 2020, with extensive hygiene and preventive measures.

The cruise company will restart cruises from Hamburg with its luxury ship, the EUROPA 2, and its expedition ship, the HANSEATIC inspiration.

Passenger numbers will be reduced by 40 per cent, with a passenger count of 150 to 300 guests on board.

The basis for the resumption of cruise operations are the guidelines of relevant authorities, which have been produced in coordination with CLIA Deutschland shipping companies and in collaboration with experts.

The Hapag-Lloyd Cruises prevention and safety concept onboard will be based on these new guidelines, which you can view in more detail, here.