The Cruise Lines International Association (CLIA) has released a four-phase pathway toward a resumption of cruising in Australia based on vaccine percentages.

The cruise pathway has been developed in response to the federal government’s four-phase National Plan, which sets out key stages of reopening and the national vaccination targets that trigger them.

It would also allow the implementation of extensive health protocols developed by cruise lines globally in response to COVID-19, which are already operating where cruising has restarted overseas.

“This is about having plans agreed in advance so that we’re ready as conditions improve with the rising vaccination rate,” Katz said.

“Our governments have created a four-phase plan to reopen Australia, and we’re now calling for our own four-phase pathway to be included in this process.”

Key goals in the cruise industry pathway are set against each of the four phases in the National Plan: 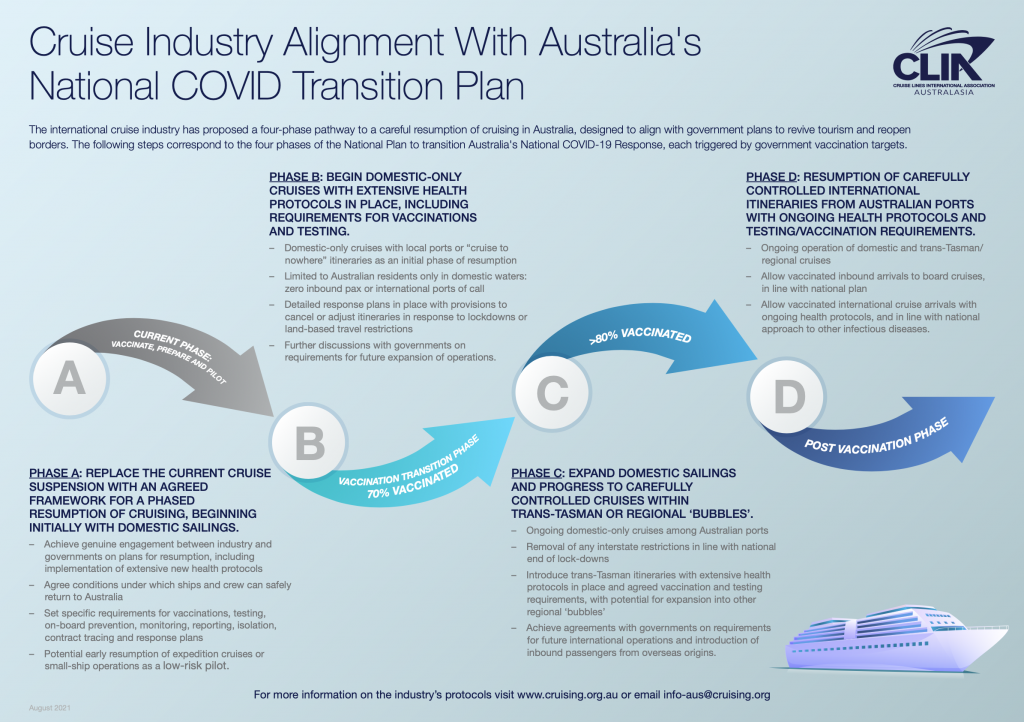 Katz said Australia was now the only major cruise market in the world where governments had yet to achieve progress on a framework for cruising’s resumption.

“Almost one million people have successfully sailed in countries where cruising has already resumed, including in the US, Europe and parts of Asia,” he said.

“Cruising involves long lead-times ahead of operations, so we need a plan in place now so we can work towards reviving an industry worth more than $5 billion a year to communities around Australia.”