Just a month after announcing its initial routes, Bonza has revealed it will fly to the Sunshine Coast and Melbourne from Tamworth Regional Airport.

The airline will run two roundtrip flights per week from Tamworth to the Sunshine Coast and a further twice-weekly round trip to Melbourne. Both of the new routes are not currently operated by any other airline operators. 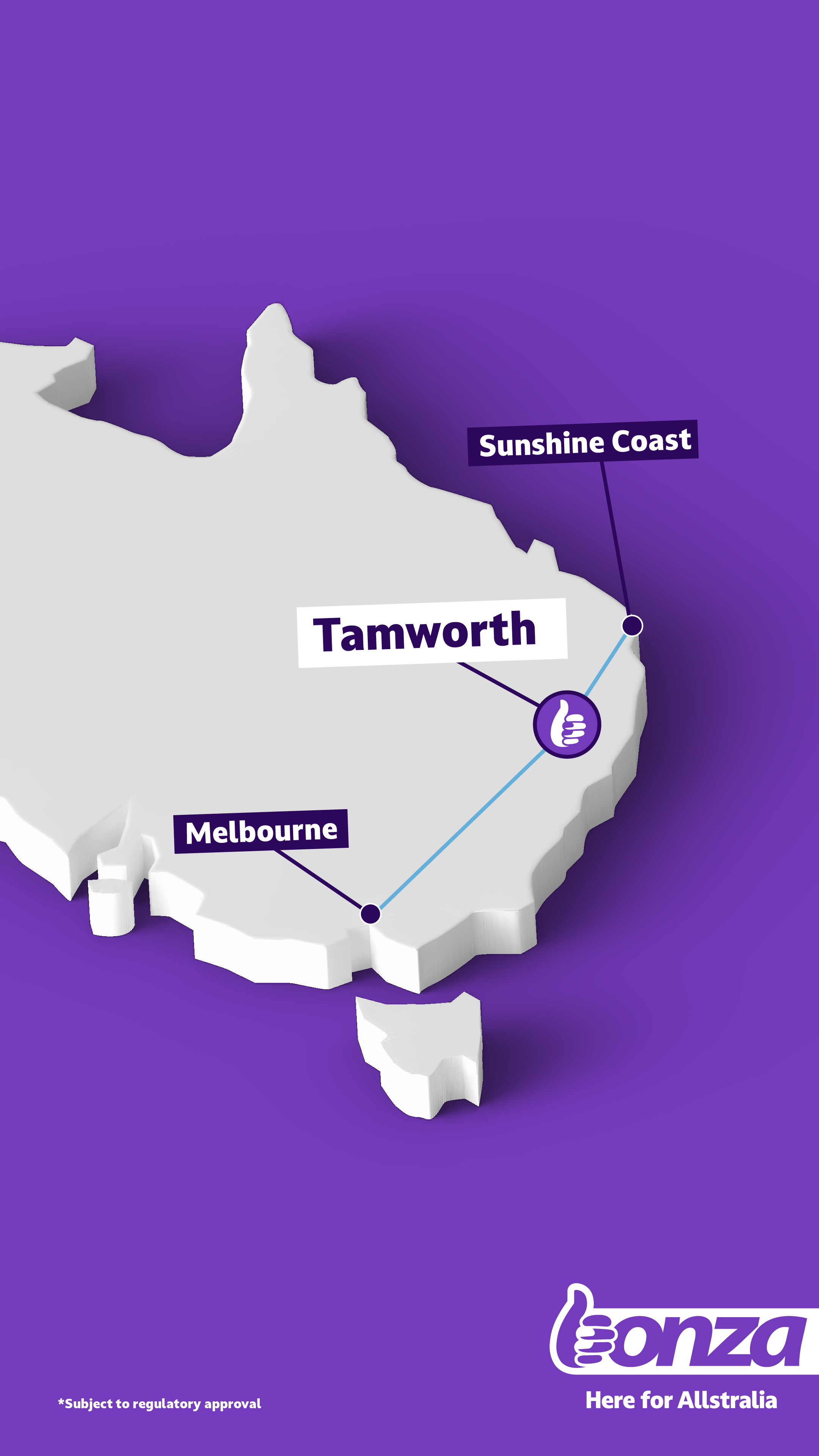 Tamworth region mayor, Russell Webb, was thrilled about Bonza’s announcement and said he believes it will be great for the city.

“We would like to warmly welcome Bonza to the Tamworth region,” Webb said.

“These new flight paths will be embraced and celebrated, and are a significant link for business travellers, locals planning their next holiday or inviting family and friends to visit, and a new avenue for the region to welcome new markets of travellers.

“After a tumultuous few years for the travel industry, it is great to see Tamworth Regional Airport’s flight schedule revitalised with increased air services.

“This exciting announcement aligns perfectly with Council’s Blueprint 100 strategy, helping to create a prosperous region and connecting our region and its citizens.”

The announcement brings Bonza’s launch network to 17 destinations and 27 routes – 81 per cent of which are not served by any airline and 96 per cent are not currently served by a low-cost carrier. Travellers can expect to pay an average of $50 to $100 for a one to two-hour flight.

“When we announced our initial routes last month, it was just the beginning. Here we are just weeks later adding another large regional destination to our offering that will give Aussies more choice when it comes to travel,” said Bonza CEO, Tim Jordan.

He went on to say that the people of Melbourne and the Sunshine Coast will now be able to visit Australia’s capital of country music as well as explore the wide-open spaces and outdoor activities of the NSW New England region.

Likewise, residents of Tamworth and New England will now have the opportunity to take a city break to Melbourne or visit the beaches of the Sunshine Coast with ultra-low fares.

It is also expected that the new routes will be a welcomed addition for friends and family that have previously struggled with impossibly long road trips to visit loved ones.

“We encourage everyone to download the Fly Bonza app to be the first in the know for flights going on sale, fare sales, destination news and travel tips,” said Jordan.

The airline plans to have all the necessary functions to its app in the coming weeks and months so Aussies can plan, book, and manage their bookings and access any info they need for their flight.

The introduction of these two new routes come about a month after Bonza premiered 25 routes including 16 locations and one Aussie capital city.