This week’s Aviation Wrap is brought to you from a galaxy far, far away not just because of the Star Wars image, but also because our journo drank too much coffee and now thinks she’s in outer space. 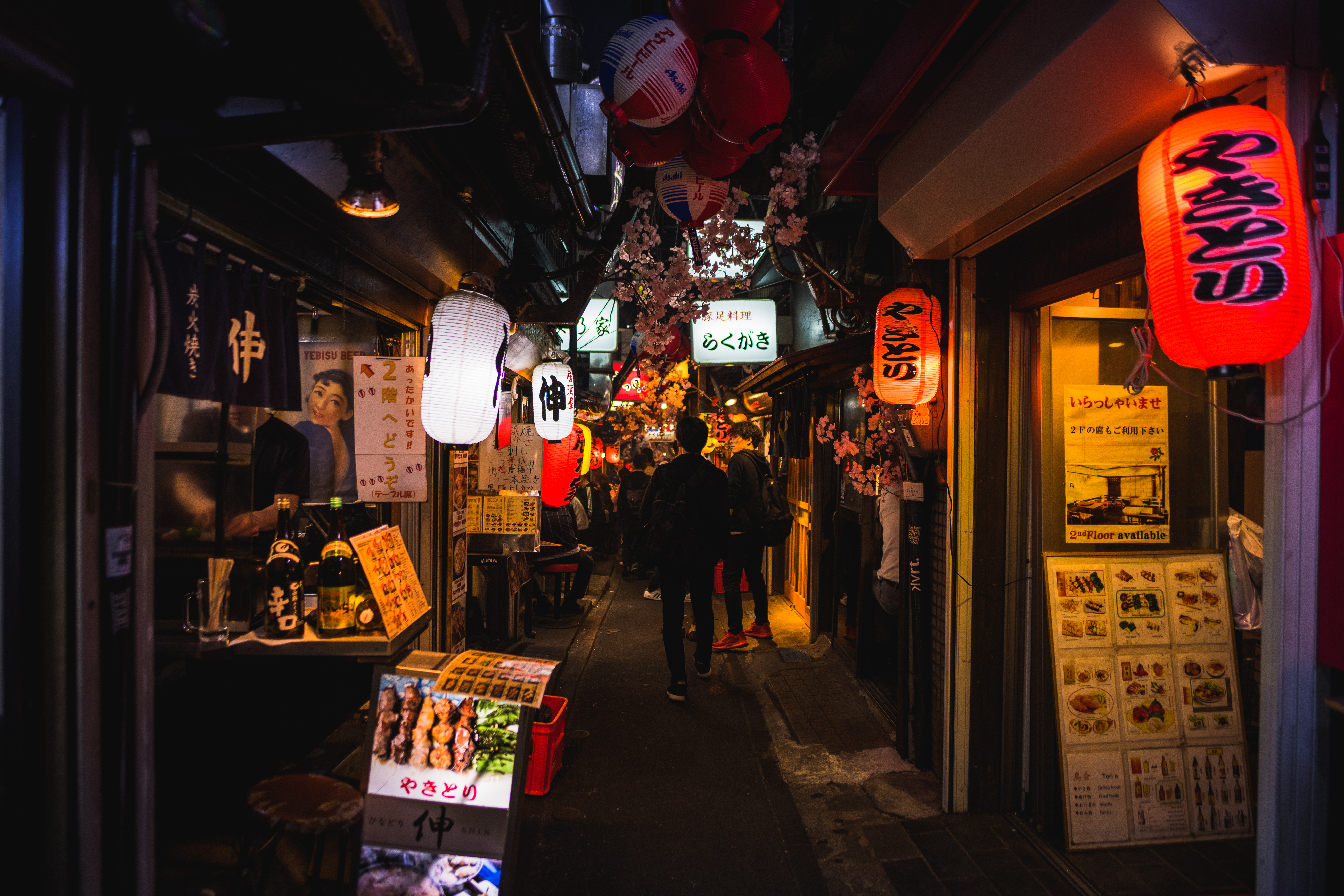 Virgin Australia has landed one of the coveted spots at Tokyo’s Haneda airport, after battling it out with Qantas for the two available spots.

The International Air Services Commission gave each airline a spot despite Qantas requesting both to allow for flights from Sydney and Melbourne to Tokyo.

“It’s about time someone brought competition to the monopoly market between Brisbane and Tokyo, and we couldn’t think of a better airline to do just that!” A spokesperson from Virgin Australia told Travel Weekly.

“Our new reciprocal codeshare and frequent flyer partnership with Japan’s largest airline, All Nippon Airways,  means travellers will be able to travel to a range of destinations within Japan as well as across our domestic locations.”

Virgin will begin flying from Brisbane to Tokyo from 29 March 2020 with an airbus 330-200 just in time for the Olympic Games. 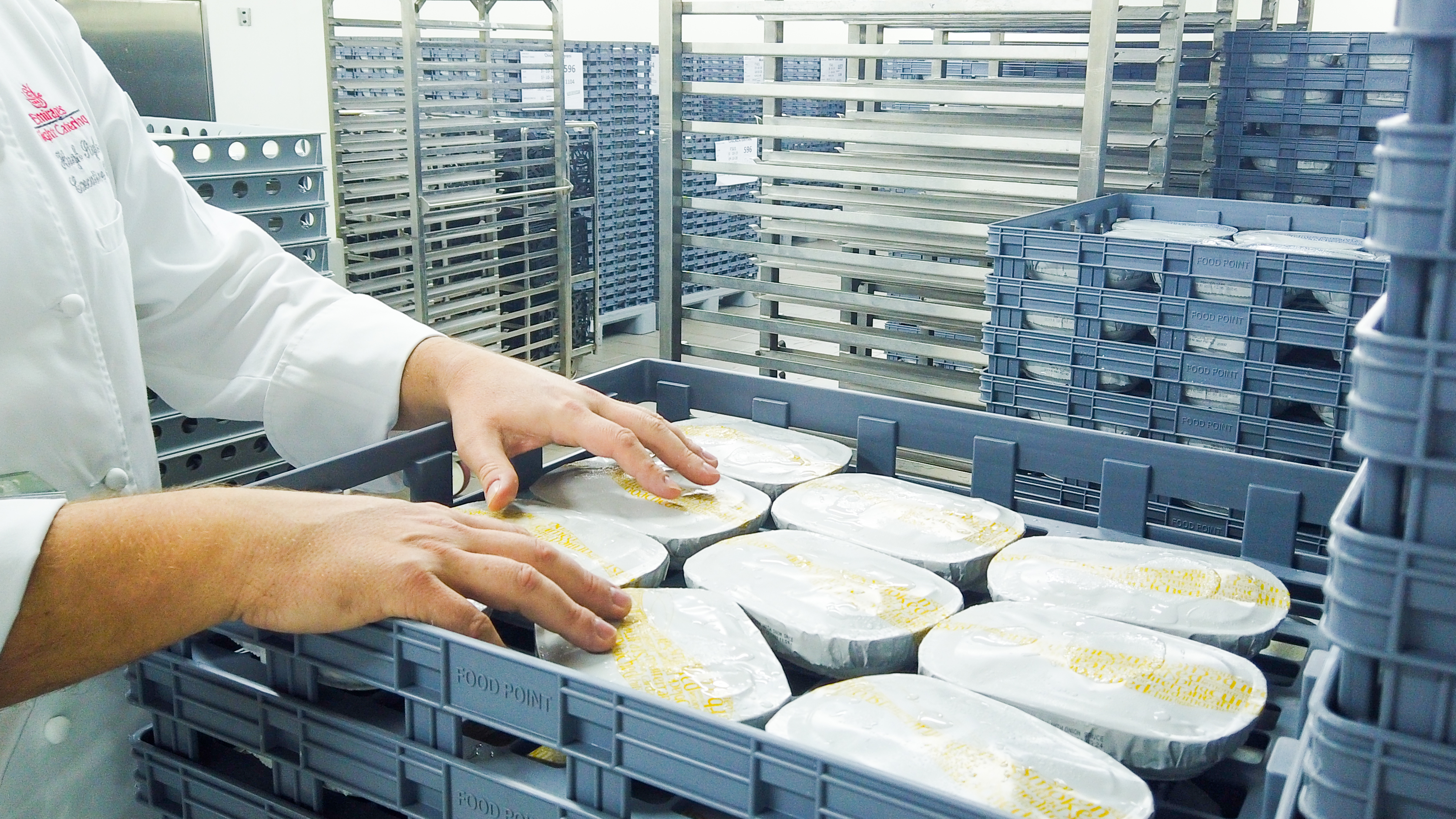 The company has replaced cardboard packaging with reusable crates to store and transport an average of 100,000 inflight meals daily. As a result of its newest environmental initiative, EKFC will save 750 tonnes of cardboard waste, the equivalent of 260,000 m² (65 acres) of mature woodland, annually.

United Airlines has announced $165,000 in direct donations to three funds that provide assistance to those impacted by the California wildfires – Center for Disaster Philanthropy’s 2019 California Wildfires Recovery Fund, Community Foundation of Sonoma County’s Resilience Fund and California Community Foundation’s Wildfire Relief Fund. The funds will provide immediate assistance to those impacted, along with long-term health services and housing solutions.

In addition to supporting these funds, United is working with the American Red Cross to provide approximately 5,000 blankets to shelters across the state of California. The announcement builds on United’s continued commitment to California and recent campaigns to aid in response to wildfires and other disasters. United has strong partnerships with the American Red Cross, the California State Fire Foundation (Cal Fire) and the California State Parks Foundation to support California year-round, not just when disasters strike.

South African Airways (SAA), took delivery of the first of four new Airbus A350-900s in Johannesburg last week, which will operate on one of SAA’s ultra-long-haul routes between Johannesburg and New York’s John F Kennedy International Airport (JFK), replacing the Airbus A340-600 on this route and will still be operated on a non-stop basis.

SAA will achieve approximately 25 per cent savings in fuel consumption and emissions.

The aircraft will be equipped with Rolls-Royce Trent XWB engines. 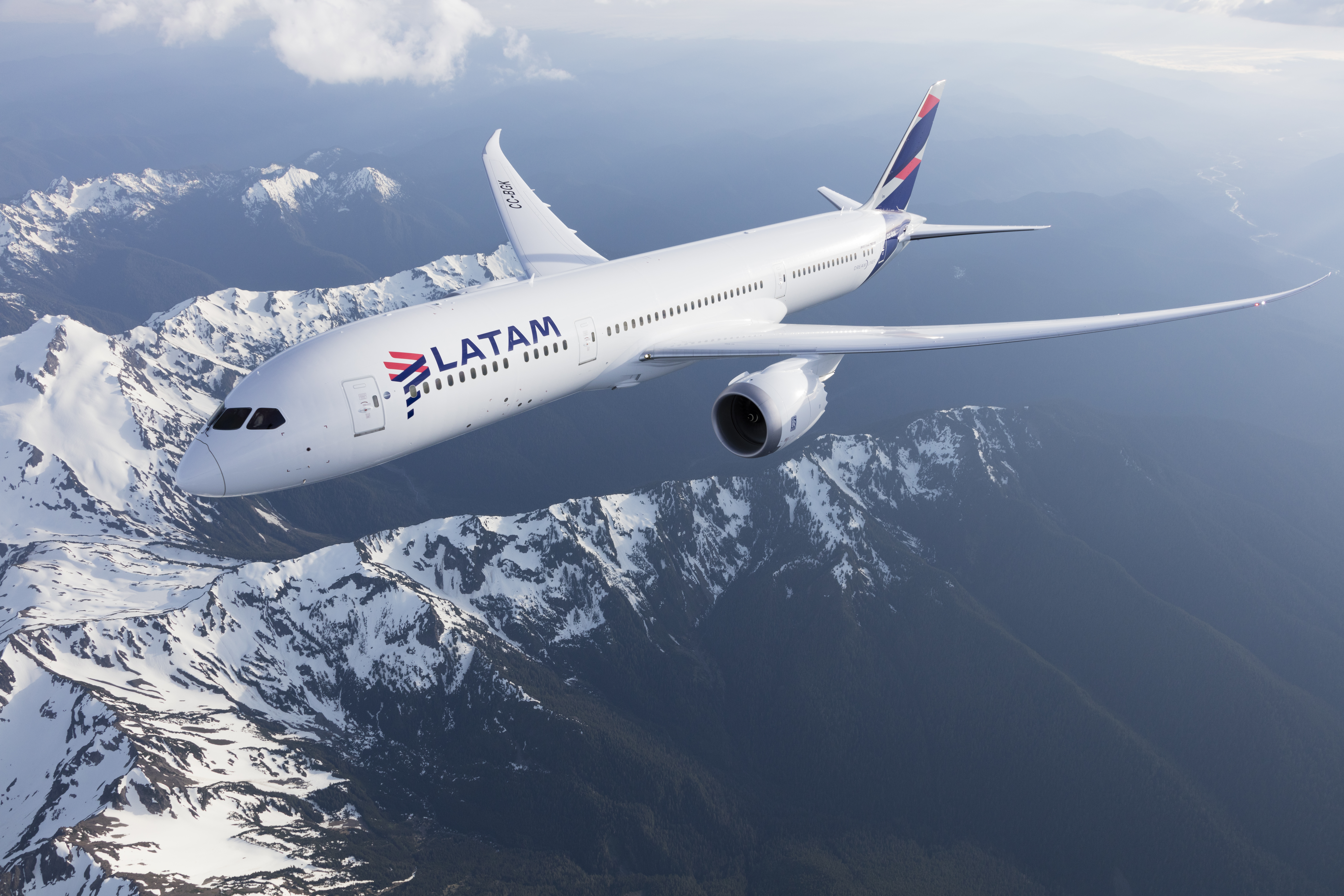 LATAM Airlines Group has officially launched its new Sydney to Santiago direct route, when the first flight departed at 10:00am on Monday 28 October.

The new non-stop flights will operate thrice-weekly, with departures from Sydney on Monday, Thursday and Saturday. The flights will arrive in Santiago at 9:15am the same day (local time), with a journey time of 13 hours and 15 minutes.

The first Santiago to Sydney direct flight landed earlier on Monday morning and was greeted at Sydney Airport. The service from Santiago will depart at 1:30am local time on Wednesday, Friday and Sunday, arriving in Sydney at 6:15am the following day (local time), with a journey time of 14 hours and 45 minutes.

FYI: You can bring a friend to the Philippines FOR FREE

Grab your passport and your travel buddy because Cebu Pacific has announced you can take a friend to the Philippines for free.

So how do you become a friend with travel benefits? From today until November 6th, simply book you and your mate a flight to the Philippine capital using the code ‘PLUSJUAN’ and travel between June 1 and October 15, 2020.

Throughout the month of November, Cebu Pacific has some sky-high deals that will take your travel bucket list to new heights. Melburnians can score a flight from Melbourne to Manila from just $199 and from Sydney from just $219. 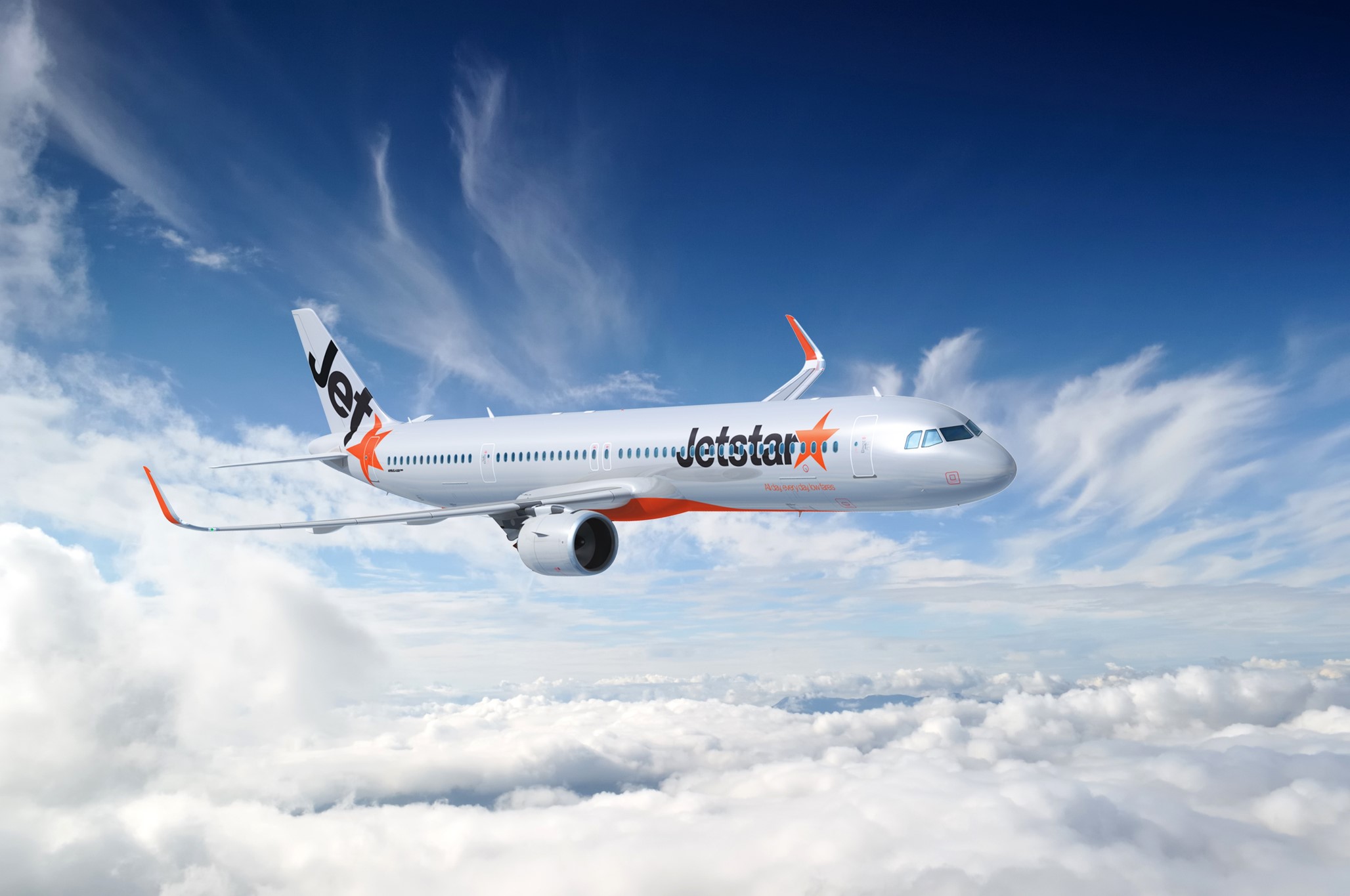 Jetstar has unveiled what customers onboard its next-generation Airbus A321neo (LR) aircraft can expect when it arrives in August next year.

Jetstar will be the first airline in Australia and the Pacific to operate the A321 LR which will be the most fuel-efficient aircraft in the Jetstar Group fleet, keeping airfares low.

The longer range, more fuel-efficient, quieter Jetstar A321 LR will seat 232 passengers in a single class cabin that lifts the bar on comfort for low fares travellers in Australia. 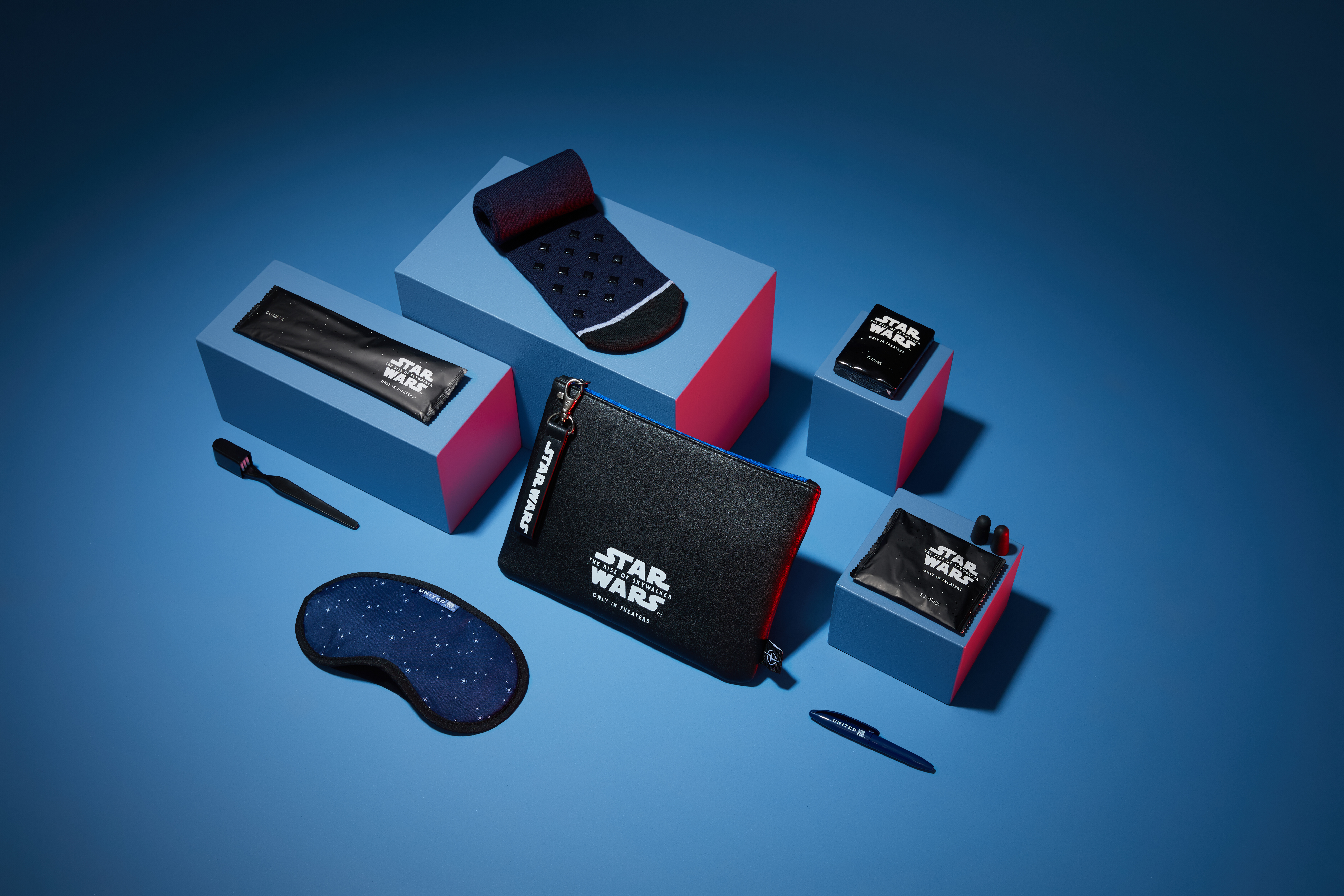 United Airlines announced it has teamed up with Star Wars: The Rise of Skywalker – the epic conclusion of the Skywalker saga, to offer customers and employees alike exciting opportunities in the coming weeks to experience the Star Wars saga first-hand on the ground, in the air and throughout the airline’s galaxy.

Customers will begin flying the friendly galaxy in November when United officially unveils an all-new Star Wars-themed paint design on one of its Boeing 737-800 aircraft with a re-designed onboard experience to celebrate the movie.

The airline will also offer Star Wars: The Rise of Skywalker-themed amenity kits and launch its latest inflight safety demonstration video featuring characters from the new film. In addition, the airline will provide once-in-a-lifetime opportunities for MileagePlus members – including access to attend the US premiere of Star Wars: The Rise of Skywalker – through MileagePlus Exclusives, the airline’s platform that lets MileagePlus members use miles to bid and buy exclusive items and experiences. 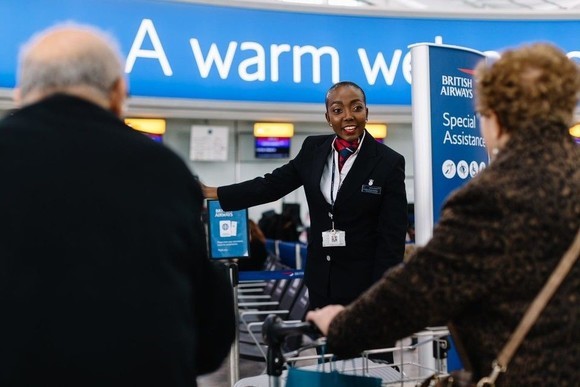 British Airways is the first airline to partner with the British Department for Transport on a new Government-backed initiative to make transport more inclusive and help people with disabilities travel with confidence.

The ‘It’s everyone’s journey’ campaign highlights a number of improvements the airline has made to make travel easier for the one in five disabled people in the UK, including its substantial investment in a global accessibility training programme, and calls for other airlines to follow suit.

In September, British Airways launched its dedicated customer care team with a dedicated phone line for travellers who require additional assistance, helping to ensure every journey they take with the airline is as straightforward and stress-free as possible.

Earlier this year the airline launched its Beyond Accessibility training programme for almost 30,000 customer service agents. Since the introduction of the programme in January, the carrier has seen a significant increase in customer satisfaction from travellers who require additional assistance and it continues to work with disability specialists to provide insightful tools for its people, including a video library providing information about different types of disabilities and practical advice on how to support customers at each stage of their journey.

Ten years ago, the idea of building a new LaGuardia – while keeping the existing airport running – seemed nearly impossible. But last week, Delta unveiled its first new concourse at the airport, a 105,000-square-foot showpiece that signals the airline’s exciting future in New York.

On Monday, customers will walk for the first time into the bright and spacious concourse in what will become Delta’s Terminal C, marking a major milestone in the $8 billion transformation of the airport.

Malaysia Airlines Berhad (MAB) and Singapore Airlines (SIA) have signed a wide-ranging commercial agreement that will significantly strengthen the long-standing partnership between the two airline groups. Subject to regulatory approvals from the relevant competition authorities, the national carriers propose to share revenue on flights between Singapore and Malaysia, expand codeshare routes, and participate in joint marketing activities to develop tourism.

The new agreement also includes SIA’s subsidiaries SilkAir and Scoot, as well as Firefly, the sister airline of MAB. It follows the signing of a memorandum of understanding in June 2019, which aimed to provide new customer benefits as well as new business opportunities.

Flights between Singapore and Malaysia will operate under a joint business arrangement. MAB and SIA intend to coordinate flight schedules to provide customers with more flight choices and frequencies for passenger convenience. As part of the agreement, the two airline groups also plan to offer joint fare products, align corporate programmes to enhance the value proposition to customers, and explore tie-ups between their frequent-flyer programmes.

The two airline groups will also expand their codeshare arrangements to include more destinations on each other’s networks. 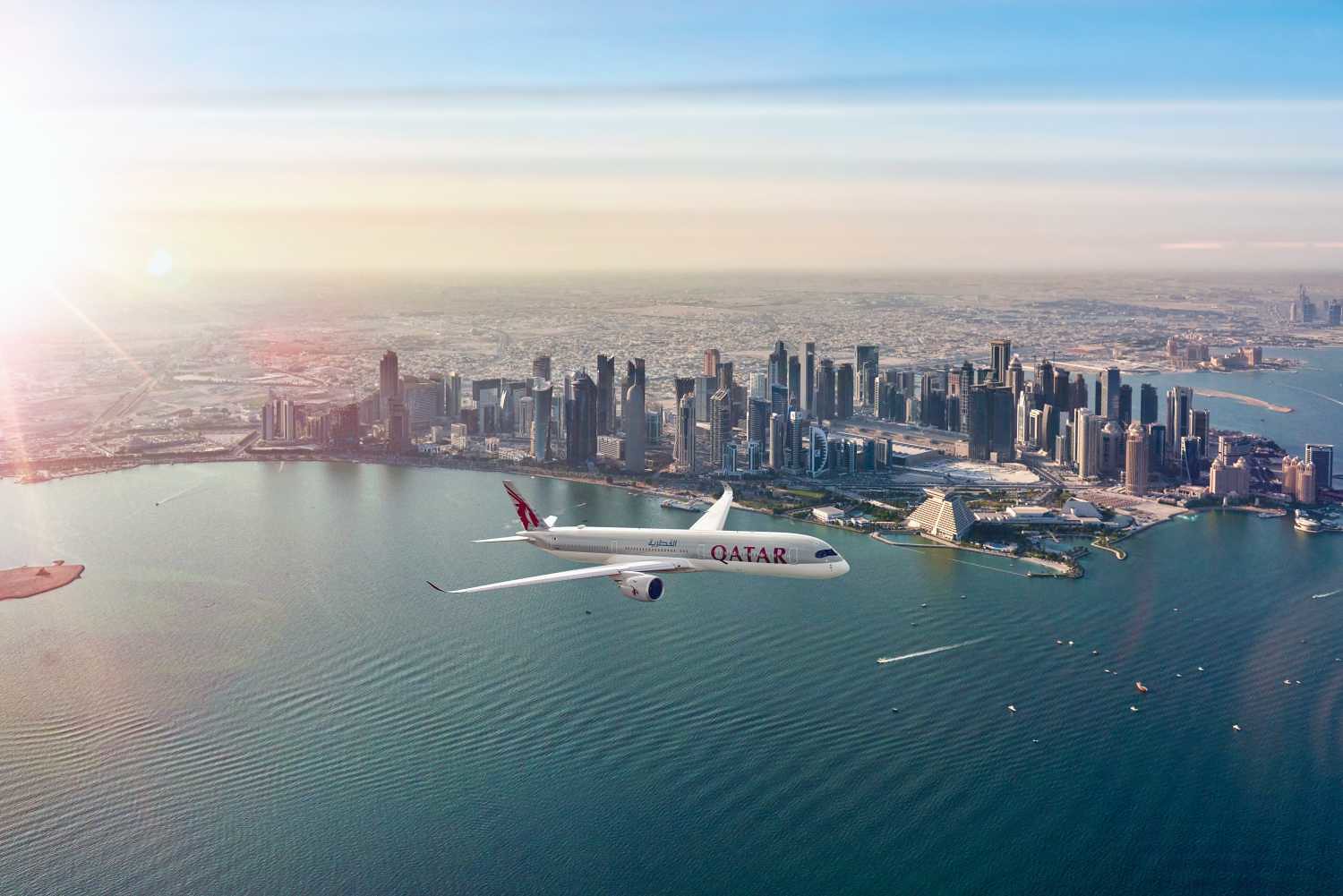 Canberra and Sydney welcomed the first scheduled state-of-the-art Airbus A350-1000 flight, with Qatar Airways QR0906 Doha to Sydney-Canberra route landing at Sydney Kingsford Smith Airport just after 6:00am on Friday morning, before making its way to Canberra Airport and touching down at 8:40am.

The new aircraft will be replacing the Boeing 777-300ER, and joining the airline’s twice-daily flight roster between Sydney and Doha. The landing of the new A350-1000 comes just a week after Qatar Airways announced the aircraft will also be deployed on its Adelaide route from early next year, replacing the A350-900. The A350-1000 flights from Adelaide are set to start in March 2020.

The A350-1000 will provide travellers to and from Australia with an enhanced passenger experience, with a capacity of 281 seats in economy class and 46 seats in the award-winning QSuite business class.

The A350-1000 is also equipped with Super Wifi for passengers to enjoy high-speed broadband connectivity with a complimentary one-hour usage and a range of affordable options for subsequent access.

HEADS UP: Secure your spot at The Travel Awards before tickets sell out!