It’s mainly good news in this week’s Aviation Wrap, with a sprinkling of announcements around the industry’s favourite buzzword: sustainability.

Virgin advised the Australian Securities Exchange that Dayna Field and Susan Schneider have been appointed as joint company secretaries.

Field is Virgin’s chief legal and risk officer, and Schneider is the group’s general manager of legal and compliance.

As the company is still in voluntary administration, the administrator (Deloitte) continues to be Virgin Australia’s representative under ASX listing rules for communications.

A call centre has been set up for Myanmar Airways’ airline customers and the Australian and New Zealand travel trade, which can be reached by email at maiair@airlinerepservices.com.au or by phone on (02) 8248 0039.

United Airlines has announced that it is permanently getting rid of change fees on all standard Economy and Premium cabin tickets for travel within the United States, effective immediately.

And starting on 1 January 2021, any United customer can fly standby for free on a flight departing the day of their travel regardless of the type of ticket or class of service, which the carrier said was a first among US airlines.

MileagePlus Premier members can confirm a seat on a different flight on the same day with the same departure and arrival cities as their original ticket if a seat in the same ticket fare class is available.

United is also extending its waiver for new tickets issued through 31 December 2020, to permit unlimited changes with no fee. This policy applies to all ticket types issued after 3 March 2020 and is valid for domestic and international travel.

The news comes as fellow American carrier Delta Air Lines announced it is doubling down on its mission to make it easier for customers to book, change or cancel their travel plans by making its change fee free policy permanent for tickets purchased for travel within the US.

Sabre Corporation has announced two milestones on the road to enabling NDC capabilities and creating the leading global marketplace for personalised travel.

Sabre said the achievement will help its aim to increase access to leading content for all participants in the travel value chain and constitutes one of many enabling elements of the Sabre platform.

A Sabre passenger service system (PSS) customer, Belavia also launched Sabre’s base level NDC capabilities across its network. Headquartered in Minsk, Belavia serves a network of routes between European cities and the Commonwealth of Independent States (CIS), as well as several Middle East destinations, making it an important provider of air travel in Central and Eastern Europe.

Amadeus has announced it has renewed its multi-year distribution agreement with Air New Zealand. Under the agreement the airline will continue to make its fares and air content available to Amadeus-connected travel agencies via the Amadeus Travel Platform.

Through this platform, Air New Zealand will continue to be able to reach travel sellers of all types, such as travel management companies, tour operators, retail travel agencies, online travel agencies, metasearch, media players, as well as corporations.

An Etihad Airways 787-10 Dreamliner decked out with special equipment that reportedly enhances safety and reduces CO2 emissions and noise has commenced flight testing this for Boeing’s ecoDemonstrator program.

A series of flights will gather “the most detailed information to date about aircraft acoustics” from some 1,200 microphones attached to the outside of the 787 and positioned on the ground.

The new Salt Lake City International Airport has launched virtually ahead of the first phase of the airport’s opening on 15 September.

According to the Utah Office of Tourism, the opening promises incredible views, technology, efficiency, local art and a variety of local shops and restaurants.

The new airport also offers best practices in sanitation throughout to maximise passenger confidence and safety as the world reopens to travel.

To check out the live unveiling of the Salt Lake City Airport, click here. 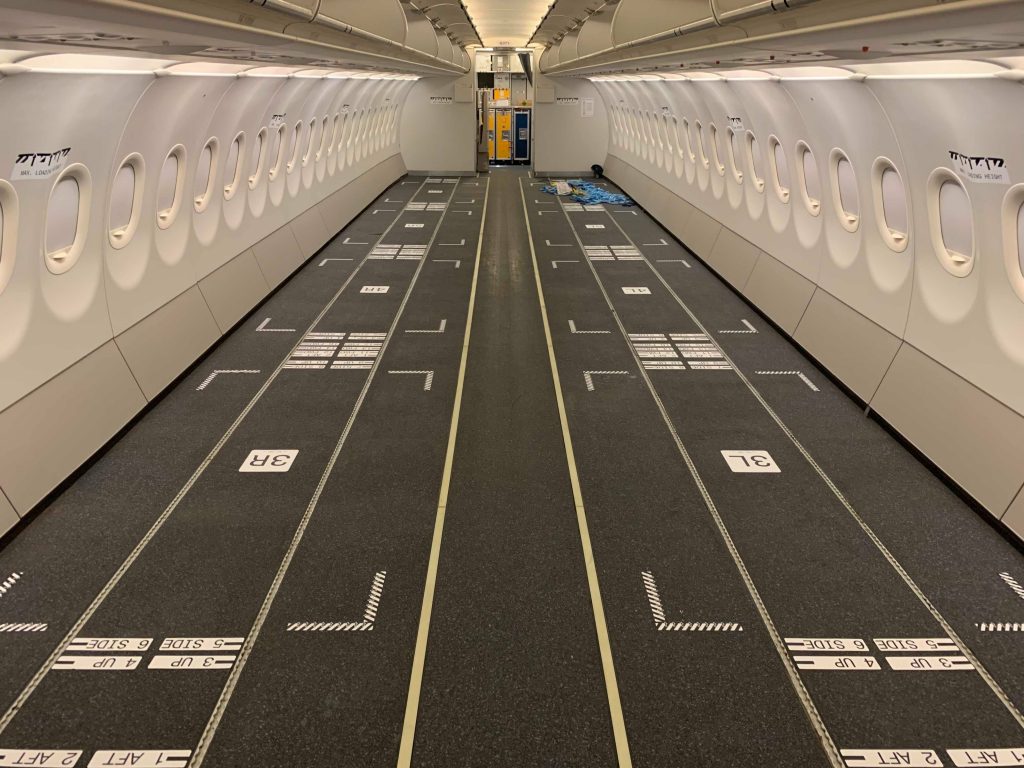 With stringent border control measures in place due to COVID-19 causing a reduction in passenger flights, there has been a severe decline in the volume of bellyhold space available for cargo.

To make up the shortfall and maintain global supply chains during the pandemic, Scoot has operated hundreds of cargo flights using passenger aircraft, including many where cargo was placed on passenger seats.

Now, to better serve cities with smaller airports, Scoot has modified one of its A320ceo aircraft (9V-TAZ) to carry cargo in the cabin by removing all seats, doubling its cargo-carrying capacity to nearly 20 tonnes.

The four-day modification of the aircraft included the removal of passenger seats, installation of placards to demarcate areas where cargo can be placed, and the uplift of additional fire extinguishers.

For flights operated with this aircraft, there will be a minimum of two pilots and two cabin crew on board to ensure safety and smooth operations, as well as manage any inflight emergencies.

The SL3710 economy class seat will be installed on 146 Airbus aircraft starting in 2021. This partnership is a part of a larger deal with the Indigo Partners portfolio of airlines for nearly 100,000 passenger seats, which is the largest order of seats in the history of Recaro.

Emirates to resume flights to Bangkok

Emirates has also announced the resumption of passenger services to Lusaka, Zambia with two weekly flights to and from Dubai effective 4 September, which will boost the airline’s global network to 79 cities.

Qatar Airways has announced the resumption of three-weekly flights to Mogadishu, Somalia from 6 September 2020. Service to the capital city of Somalia will be operated by an Airbus A320 featuring 12 seats in Business class and 120 seats in Economy class.

The airline will operate this service as a tagged flight to its existing operations to Djibouti, which resumed last month. The resumption of three-weekly flights to Mogadishu, Somalia, will see Qatar Airways network in Africa expand to nine destinations.

With the addition of Mogadishu, the airline will operate 40 weekly flights to the continent, including to Addis Ababa, Dar es Salaam, Djibouti, Kigali, Kilimanjaro, Nairobi, Tunis, and Zanzibar.

British Airways has today launched its annual September Sale with deals to over 150 destinations across its global network.

With travel dates in 2021 available, and the airline’s flexible booking policy offering no change fees or a voucher exchange for bookings made during the September Sale with travel before the end of August 2021, customers can book with confidence that they can move their flights or holiday should their plans change. Customers must book by 30 September.

On flights, customers can take a trip to New York for just £299 return, San Francisco for £348 return or Miami for £349 return.

Those who want to visit Antigua or St Lucia can do so for £384 return and £399 return respectively or soak up a slice of luxury in the Seychelles for just £499 return.

Travellers wanting to head east can visit Dubai where return flights start from £299 while Muscat starts from £399 return.

G Adventures extends suspension of trips until after Halloween