This week’s Aviation Wrap is brought to you by Travel Weekly‘s roving reporter, who has decided to wear compression socks with thongs to the office today. It’s not a good look.

Emirates has announced it will donate 10 per cent of all EmiratesRED sales on every flight from now until 16 February 2020, and will match its sales dollar-for-dollar.

The proceeds will go towards the recovery and rebuilding efforts taking place in the communities affected across Australia.

Qantas to take off to Byron Bay

Qantas passengers will soon be able to travel to Byron Bay and the New South Wales far north coast, with the launch of flights from Sydney to Ballina.

A daily return flight will commence from 29 March 2020 adding more than 36,000 seats on the route each year.

Northern Rivers residents and business travellers flying to Sydney will benefit with the flights timed for same-day trips with a morning departure from Ballina and an evening return from Sydney. 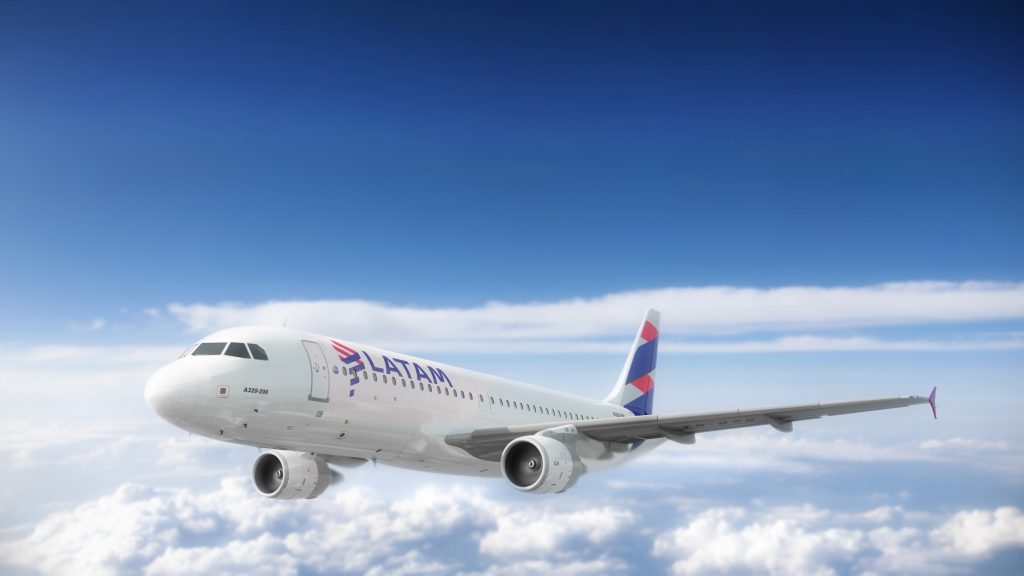 LATAM Airlines Group has announced that it will introduce its superior cabin class, premium economy, to all national and international flights within Latin America operated by Airbus A320 family aircraft, starting 16 March 2020.

The airline is the only carrier to offer a premium service across its entire network of 145 destinations in 26 countries and five continents, with premium economy available on short-/medium-haul aircraft and premium business on long-haul aircraft.

The Kiwi national carrier has officially opened bookings for direct flights between the Big Apple and Auckland, kicking off what has been reported as “the world’s first” non-stop link between Australasia and New York.

Flights kick off on 29 October, with fares reportedly bookable 350 days in advance of travel.

The move comes amid growing backlash toward the British government’s plan to defer some of Flybe’s air passenger duty payments, thought to top $189 million (£100 million).

EasyJet and Ryanair said taxpayer funds should not be used to save a rival. Meanwhile, the government’s proposal to cut Air Passenger Duty (APD), was also attacked by the rail industry’s trade body and climate campaign groups.

According to a Reuters report, Boeing is in talks with banks to borrow US$10 billion ($14.5 billion) or more, while the company weathers rising costs associated with the grounding of the embroiled 737 MAX.

CNBC reportedly broke the news on Monday local time, referring to sources that claimed Boeing has so far secured at least US$6 billion from banks and is talking to other lenders for more contributions.

Ethiopian Airlines will begin construction later this year on what will be one of Africa’s largest airports.

The new airport is set to cost $7.2 billion (US$5 billon), and will be built in Bishoftu, a town southeast of the capital, Addis Ababa.

Requests for assistance for airline passengers with intellectual disabilities have seen a nearly eight-fold increase in Asia, following a 10-month long campaign to raise awareness of a dedicated Special Service Request (SSR) booking code by Travelport.

SSR codes are used in the airline industry to communicate traveler preferences or needs to airlines. They are delivered through standardized four-letter codes defined by the International Air Transport Association (IATA). The DPNA SSR code can be used by travel agents, among others, to alert airlines when a passenger has intellectual or developmental disability and needs assistance.

Travelport launched its Travel Unified campaign in March 2019 after it found evidence of exceptionally low use of the code on bookings made through its global distribution system (GDS).

From the launch of the campaign up until the end of 2019, use of the DPNA SSR code on flights booked through Travelport in Asia increased by 762 per cent compared to the same period in 2018.

Australians can see their good fortune travel further this Chinese New Year thanks to Cebu Pacific, which has launched its first crazy seat sale of 2020 today.

Even though every year is the year of the flying Bird for Cebu Pacific, to celebrate the year of the Rat in 2020, all Aussies can now book a lucky escape to the Philippines from just $139* from Sydney / Melbourne. However, be sure your luck doesn’t run out and book between the 15th and 17th January for travel between 1st July and 31st December 2020.

Airbus subsidiary to provide product that helps with revenue volatility

Skytra Ltd, a full-owned subsidiary of aircraft manufacturer Airbus, is preparing to launch a financial product aimed at helping airline customers hedge against risks to revenue.

The company plans to launch listed financial futures and options on exchanges this year that will represent the revenues of airlines and help the industry manage risks more efficiently.