While McDonald’s is busy handing out cease and desists to various burger chains for ripping off its Big Mac, Paradise Resort has debuted a new challenger: the ‘Giant Jerry’.

The resort has paid homage to its flamboyant owner, Dr Jerry Schwartz, with the launch of the Giant Jerry: a whopping brekky burger with enough protein to fuel a small army. 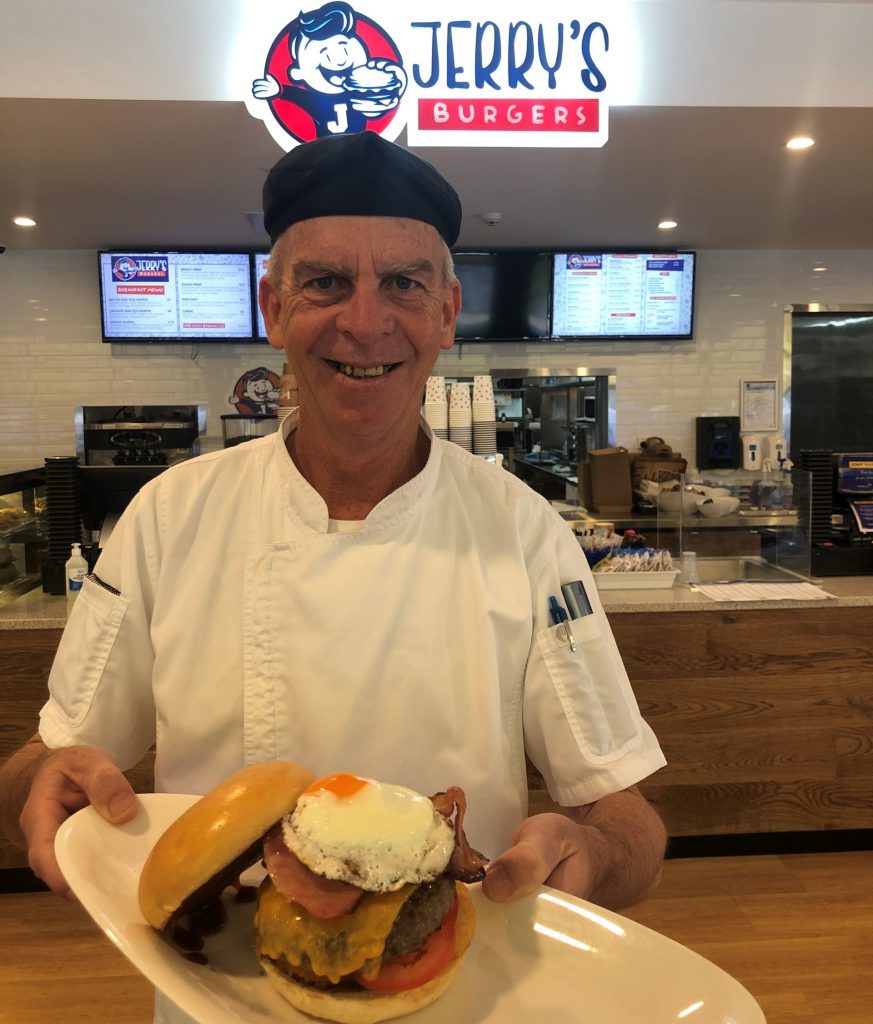 “When you have so many activities available at a resort – everything from laser tag to ice skating – starting the day with a full tank of fuel is crucial,” Brook said.

“We expect the burger to be just as popular with parents, as Paradise Resort tends to bring out the ‘big kid’ in most parents and they get as involved in the activities as their kids.

“The naming of the burger just seemed logical, as our owner, Dr Jerry Schwartz, personifies boundless energy, and this new creation is homage to his work in re-energising the resort with its massive upgrade.”

Given he is also a qualified medical doctor, it’d be right to assume that Dr Schwartz knows what he’s talking about here.