Daddo is one of the most familiar faces in Australia’s entertainment industry, and has a particular affiliation with adventure travel.

As a presenter, author and broadcaster, Daddo is well-known through his TV, radio and podcasting gigs, and has recently ventured into documentary filmmaking, with the Ponant Antarctic expedition his first co-production.

In celebration of the appointment, a 45-minute documentary showcasing Daddo’s once-in-a-lifetime experience sailing on board Le Boréal to Antarctica will debut via Ponant’s website on Thursday 30 September 2021. You can watch the trailer here.

In his inimitable, relaxed manner, Daddo chronicles his thoughts and emotions as he discovers the magic of the most remote destination in the world.

Sarina Bratton, chairman for the Asia Pacific at Ponant, said Daddo’s approach to travel, along with his engaging and laconic style of commentary, aligns perfectly with the luxury expedition cruise line.

“Andrew’s passion for exploration and discovering the unknown is something that truly resonates with Ponant’s spirit of adventure,” she said.

“Having a multi-faceted relationship with Andrew – sharing a love of golf, travel and adventure – made this an easy decision to formulate the Ponant ambassador role. We welcome Andrew to our family.” 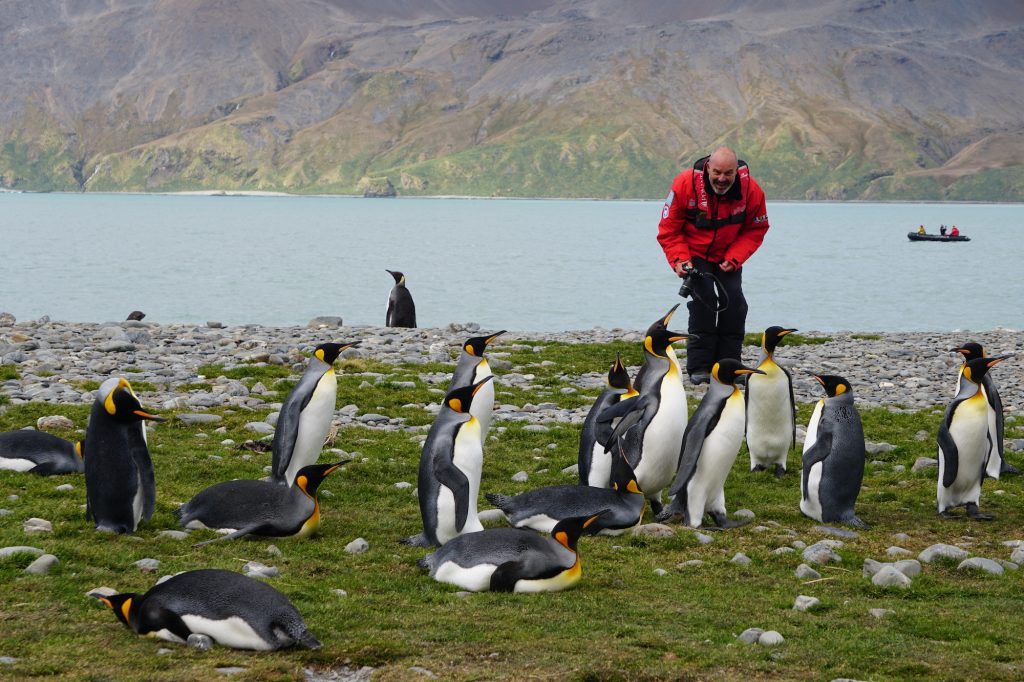 Daddo said: “I truly can’t believe my luck. Ponant has a way of making everyone feel incredibly special. That, coupled with world-best destination adventures in genuine luxury, and you’d understand my excitement.

“As for Antarctica, I filled the cloud and had to buy more memory!”

In other Ponant-related news, Le Commandant Charcot made history as the first French ship to reach the geographic North Pole.

“This is a moment of real celebration”: Celebrity Edge is finally heading Down Under

The champagne corks are popping and the party pies are in the oven at Celebrity Cruises HQ following this big bit of news.

Mark Richards has been hoisted into a newly created role with the cruise line. However, that’s not to suggest any ropes or pulleys were involved.

Has small-ship cruising in French Polynesia become unfamiliar territory for you ever since COVID hit? Jog your memory with these new training modules.