Airbus has revealed three concepts for what it claims are the world’s first zero-emission commercial aircraft, which could enter service by 2035.

The concepts each represent a different approach to achieving zero-emission flight, exploring various technology pathways and aerodynamic configurations, to support the company’s ambition of “leading the way” in the decarbonisation of the entire aviation industry.

All of these concepts rely on hydrogen as a primary power source – an option which Airbus believes holds “exceptional promise” as a clean aviation fuel, which the French manufacturer believes is likely to be a solution for aerospace and many other industries to meet their climate-neutral targets.

The three concepts ­– all codenamed “ZEROe” – for a first climate-neutral, zero-emission commercial aircraft include a 120- to 200-passenger capacity turbofan design aircraft with a range of 2,000-plus nautical miles, capable of operating trans continentally. 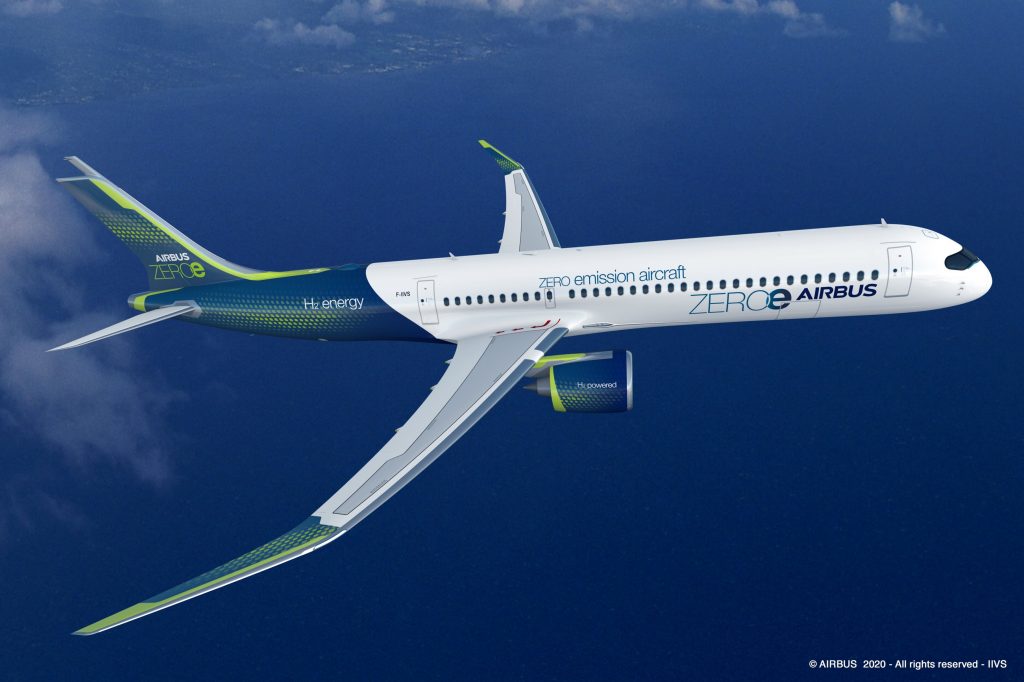 The concept would be powered by a modified gas-turbine engine running on hydrogen, rather than jet fuel, through combustion. The liquid hydrogen would be stored and distributed via tanks located behind the rear pressure bulkhead.

Another is a turboprop design that is capable of seating up to 100 passengers, using a turboprop engine instead of a turbofan that is also powered by hydrogen combustion in modified gas-turbine engines. 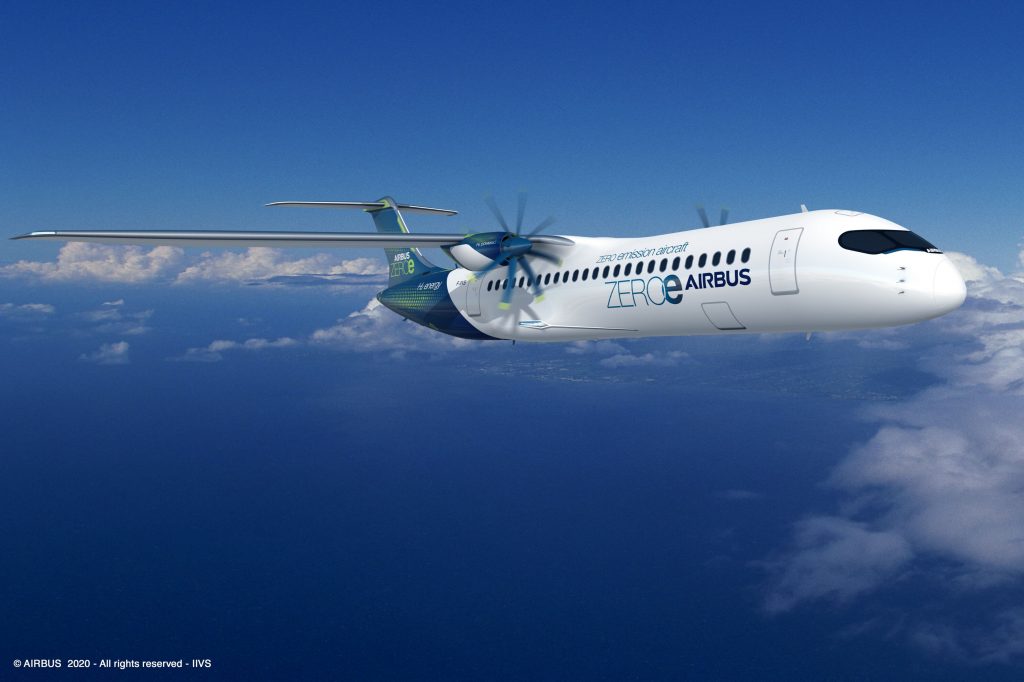 These would be capable of travelling more than 1,000 nautical miles, which Airbus said would make the concept aircraft “a perfect option for short-haul trips”.

The last is what Airbus describes as a “blended-wing body” design, capable of seating up to 200 passengers, in which the wings merge with the main body of the aircraft with a range similar to that of the turbofan concept. 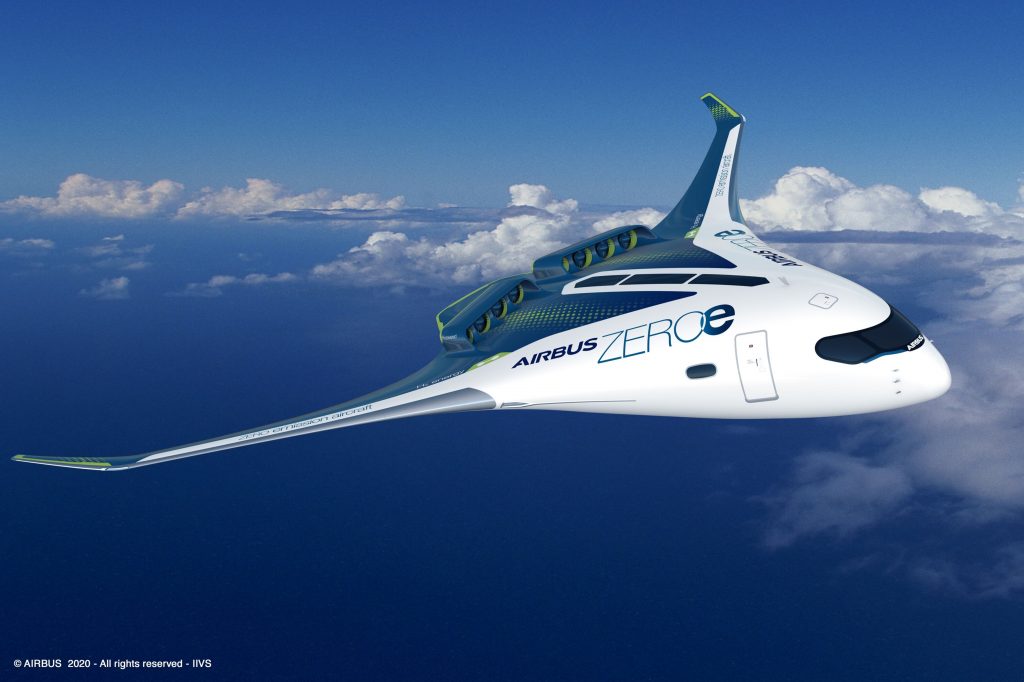 Airbus said that the “exceptionally wide” fuselage opens up multiple options for hydrogen storage and distribution, and for cabin layout.

Airbus CEO Guillaume Faury said the release of the zero-emission concepts a historic moment for the commercial aviation sector as a whole and “we intend to play a leading role in the most important transition this industry has ever seen”.

“The concepts we unveil today offer the world a glimpse of our ambition to drive a bold vision for the future of zero-emission flight,” Faury said.

“I strongly believe that the use of hydrogen – both in synthetic fuels and as a primary power source for commercial aircraft – has the potential to significantly reduce aviation’s climate impact.”

The aircraft manufacturer also noted that support from governments would be key to meet its objectives with increased funding for research and technology, digitalisation, and mechanisms that encourage the use of sustainable fuels.

The flight training school’s CEO said the incident could have seen students and instructors using planes flagged for maintenance, putting lives at risk.

And, in other news, the airline is gearing up for a whopping summer season of domestic travel, with a swathe of new aircraft due to join its fleet very soon.