Short-stay accommodation giant Airbnb has committed more than $400 million to pay hosts part of the costs incurred by COVID-19 cancellations.

Following the short-term rental company’s introduction of a policy that allows travellers to delete bookings without penalties, Airbnb has introduced protections for its hosts.

Although it was an unprecedented commitment to travellers, the policy was met with concern from hosts, who were not consulted on its implementation and put at risk of lost revenue.

In response, company co-founder and CEO Brian Chesky announced in a letter to hosts that Airbnb would commit US$250 million (more than $404 million) to help cover the cost of COVID-19 cancellations as part of its ‘Host Relief Fund’.

The reimbursements are funded by the company, and will go to hosts with qualifying cancellations, with payments of 25 per cent of what they would normally receive from a cancelled booking.

In addition to the fund, Airbnb has created a US$10 million ($16 million) Superhost Relief Fund, offering grants of up to US$5,000 ($8,000) for hosts who rent their own homes and need help making rent or mortgage payments.

This fund only applies to top-rated Superhosts, and some Experience hosts, with bookings with check-in dates from 14 March through 31 May eligible for the special reimbursement, if the reservation was cancelled due to COVID-19.

The policy also applies retroactively, with payments to be issued starting in April.

In addition, guests will benefit from the extension of Airbnb’s penalty-free cancellations, now on offer through to 31 May for bookings made before 14 March.

The company hopes the changes will help repair damaged relationships with hosts.

“We have heard from you and we know we could have been better partners,” Airbnb CEO Brian Chesky said in a letter to hosts.

“We know that right now many of you are struggling, and what you need are actions from us to help – not just words.” 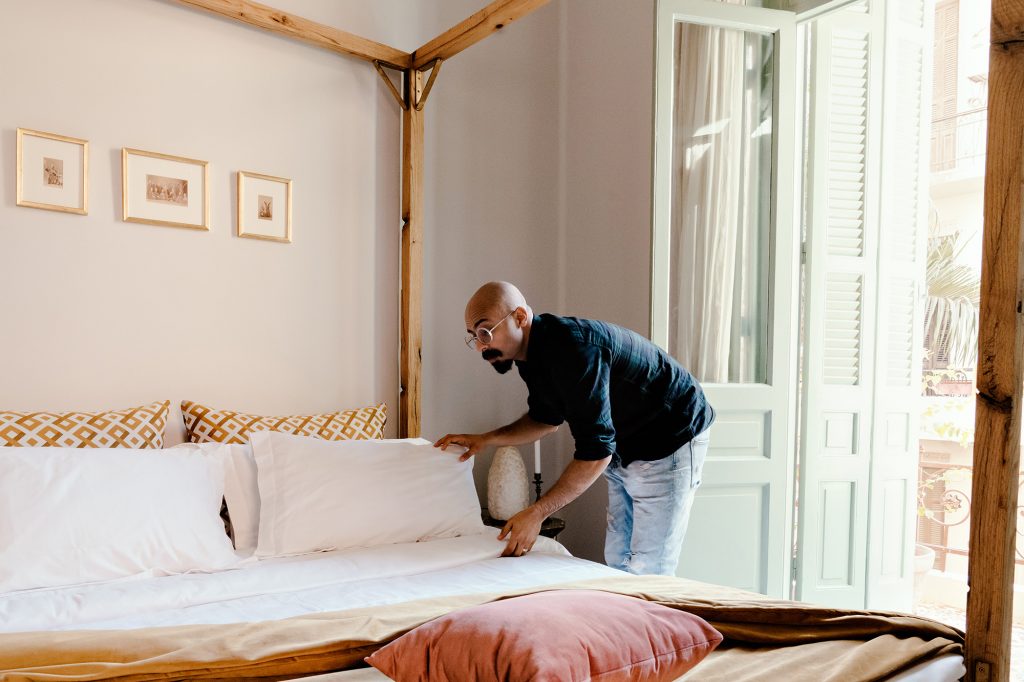 The news comes as Airbnb announced separately that its hosts have opened their doors to 100,000 first responders – a target surpassed within a week of first being announced – as part of its Frontline Stays program.

The program offers places to stay for those fighting the spread of COVID-19, including doctors, nurses, and other emergency responders.

Airbnb had offered to waive all fees on the first 100,000 stays booked through the program.

Airbnb said it would now expand the program so that individual responders can book directly on the platform. Previously, Frontline Stays were only bookable through Airbnb’s partner organisations.

These include the NHS in the United Kingdom and the Barcelona Official Doctors Association in Spain.

“This new functionality will allow hosts to help even more people who are in immediate need,” Airbnb said in a statement.

“While we will continue to work with partner organisations like government agencies, non-profits and healthcare providers to book stays, we recognise that time is essential during this crisis, and many responders immediately need comfortable and convenient places to stay.”

It comes as Airbnb approaches its deadline for going public, with the company flagging last year it intends to become an IPO “during 2020”.

According to Skift, this follows a recent meeting with employees where Chesky informed them that the company had lowered its valuation to US$26 billion ($42.4 billion) from the previous US$31 billion ($50.5 billion).

You’d never expect Melissa Caddick conspiracy theories to come up at a travel event, but with Dr Karl on the mic, anything and everything is possible.