Everyone who has ever braved a long-haul flight in economy class is no doubt jumping for joy today, as Air New Zealand shows off the prototype for a lie-flat bed in economy class.

Yes, you read that correctly. Travellers in economy may soon be able to actually lie down.

Air New Zealand spent three years researching and developing the concept for its Economy Syknest concept, with the input of more than 200 customers at its Hangar 22 innovation centre in Auckland.

Today the airline filed patent and trademark applications for the Skynest, which will provide six full-length lie-flat sleep pods. 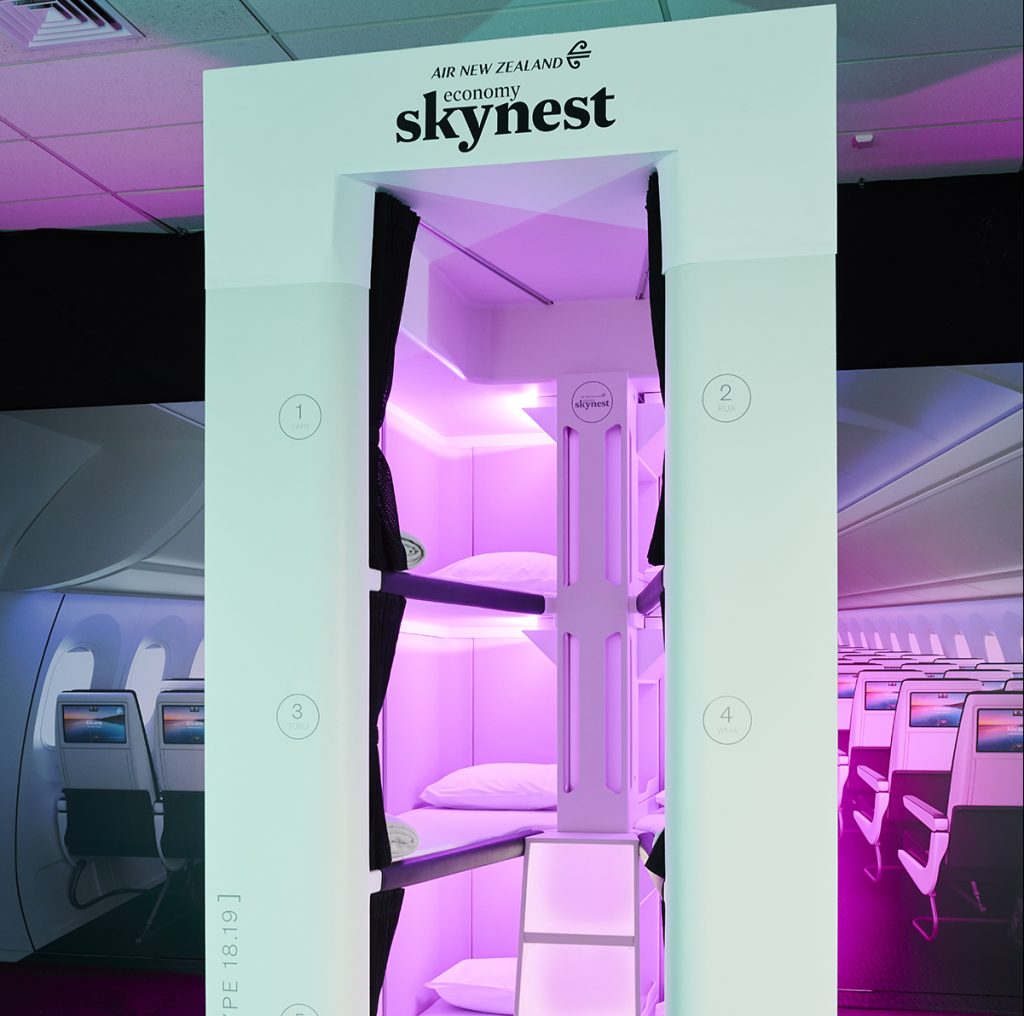 Which makes sense, considering the airline runs some of the world’s longest flights, like its upcoming Auckland-New York service which takes about 17 hours 40 minutes one way.

Air New Zealand chief marketing and customer officer Mike Tod said there is a lot of development and work underway for product innovations across all cabins and aircraft.

“A clear pain point for economy travellers on long-haul flights is the inability to stretch out. The development of the Economy Skynest is a direct response to that challenge,” Tod said.

The airline will make a final decision on whether to operate the Economy Skynest next year after it has assessed the performance of its inaugural year of Auckland-New York operations.

“We see a future flying experience where an economy-class customer on long-haul flights would be able to book the Economy Skynest in addition to their Economy seat, get some quality rest and arrive at their destination ready to go,” Nikki Goodman, general manager of customer experience saif.

“This is a game-changer on so many levels.”

So far, the airline intends to equip each pod with a pull-sized pillow, sheets and a blanket, earplugs, a privacy curtain and lighting designed for sleep. It is currently exploring the possibility of a separate reading light, personal device USB outlet and ventilation outlet.

It’s not clear how much extra economy passengers will have to pay to access the Skynest.