Happy Friday, folks! To help speed you on through to knock-off drinks, feel free to peruse this mammoth Agent Wrap. If you scroll really slowly, you can look busy for at least an hour.

Agent only hotel booking platform, Room-Res.com, reached a significant milestone just 25 weeks after launching their Room-Res Rewards agent rewards programme. Room-Res have handed out over 25,000,000 reward points to agents using the platform, which users redeem against any bookings they want on the platform. To date, they have amassed over 200 Gold Tier agents and more than 50 Platinum Tier agents, which they expect to double by the end of the first year.

To mark the milestone, Room-Res are giving away $1,000 (4x $250.00 in rewards points) value in prizes, to anyone who can answer a straightforward question about Room-Res. The competition is open to all, including all non, new or current users of the Room-Res platform. Room-Res are running the promotion exclusively through Travel Weekly where you simply enter your name and answer an even more straightforward question for your chance to win – Enter Here.

Where: This promotion is exclusively available through Travel Weekly 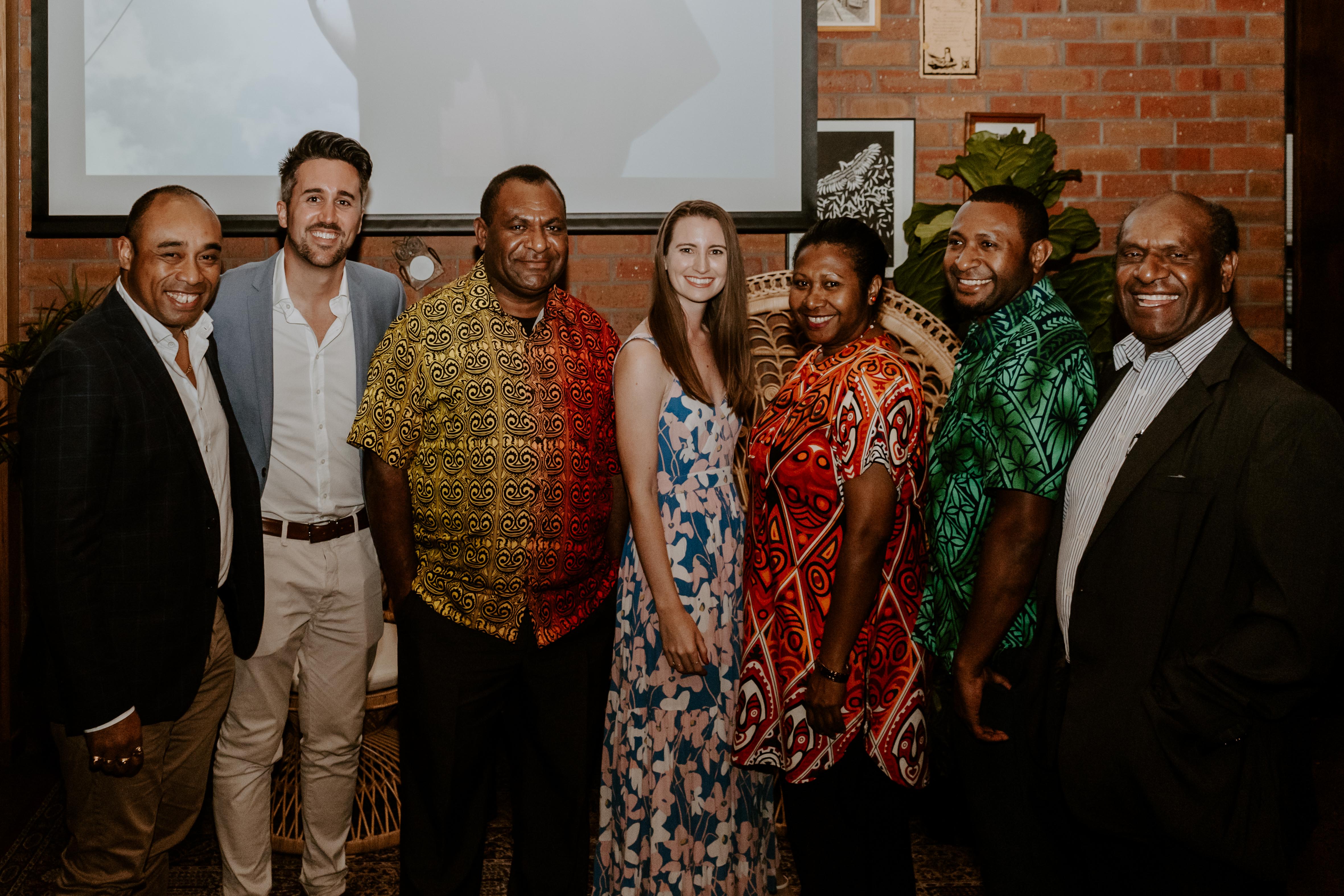 Attendees learned of the destination’s incredible cultural and adventure travel offerings, and the exciting reasons to visit Australia’s closest neighbour. Agents were treated to goody bags including PNG-grown Kwila Coffee and Queen Emma Chocolate, and one lucky agent (Alana Pound from the corporate travel division of APNIC) won a trip for two, including Air Niugini flights, 3 nights at the Stanley Hotel & Suites and 3 nights at Madang Resort with tours.

Colorado and Arizona team up for trade 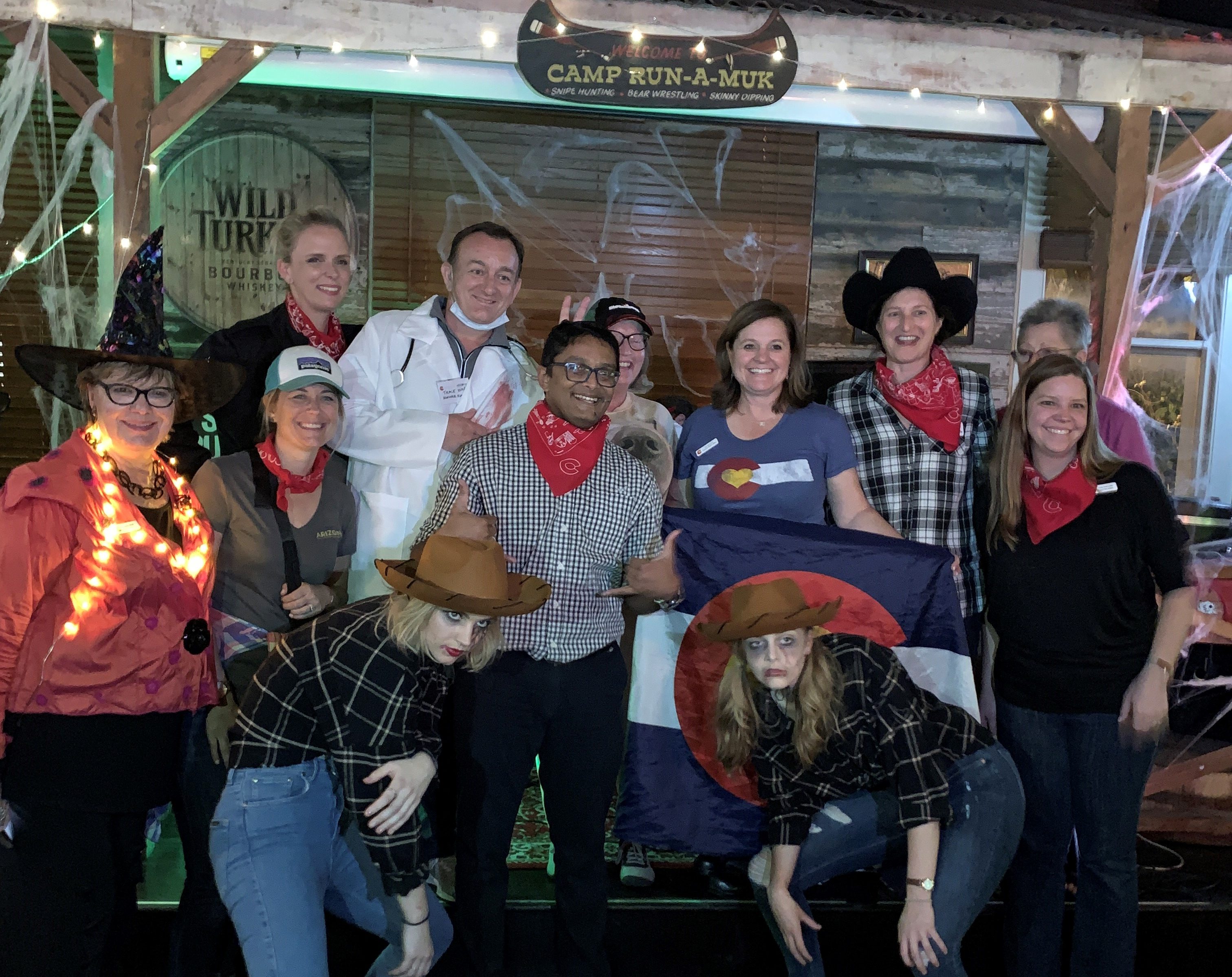 Representatives from Colorado and Arizona, along with local trade partners, joined forces to promote the two states connected by the Colorado River to Australian and New Zealand travel agents last week.

Colorado has long been known as a gateway to the Rocky Mountains and a playing field for nature enthusiasts, but with over 360 working breweries, 134 wineries and 90 distilleries, it is an attractive option for travellers keen to explore a vibrant urban cityscape.

Meanwhile, as Arizona is widely known as home to the Grand Canyon, agents were informed it’s actually also where to go for R&R as it has the highest concentration of luxury spa resorts in North America. Only an hour’s flight from LA, or four hour drive, makes it an attractive destination for multi-state roadtrippers.

Helloworld Travel Frontliners about to set sail on Ovation of the Seas! 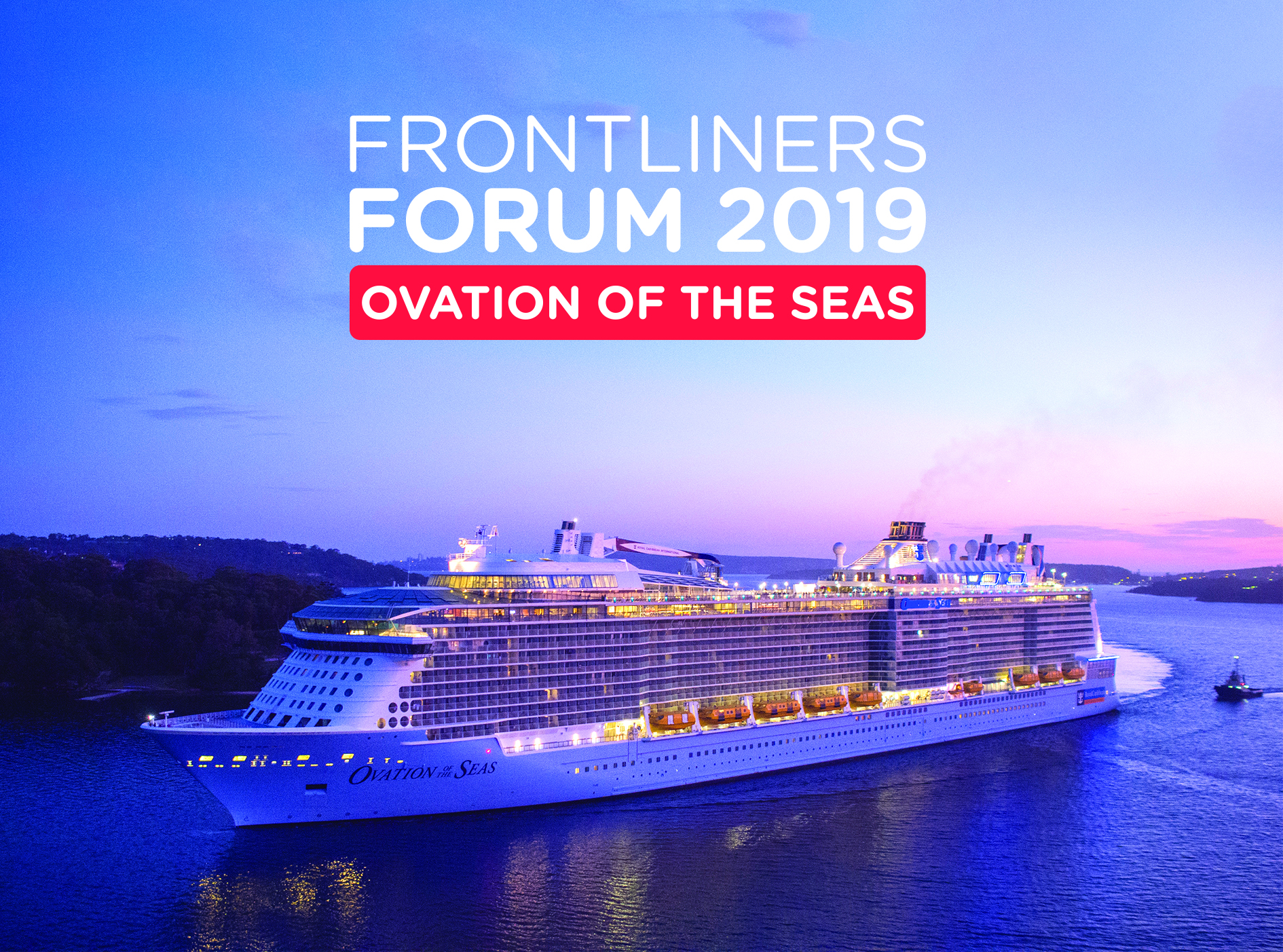 Ovation of the Seas is about to play host to the forum, with over 600 of Helloworld Travel’s frontline agents, preferred partners and suppliers gathering together for learning, personal development, networking and celebrating.

With a welcome event on board on Sunday 10th November the inspirational conference sessions will run across the next two days with presentations from the Helloworld Travel management team, impressive keynote speakers, breakout sessions and interaction with preferred partners.

The line-up of speakers include Amanda Stevens who returns after a hugely successful presentation at the Helloworld Travel OMC in Vietnam earlier in the year, Emma Murray, a leading speaker and practitioner in mindfulness to master peak performance, Justin Jones (Jonesy) one of Australia’s pre-eminent explorers and storytellers with crowd favourite MC Stevie Jacobs keeping the proceedings running smoothly.

Entertainment from Furnace and the Fundamentals, who created a storm at Frontliners in Fiji in 2018, will be back by popular demand. 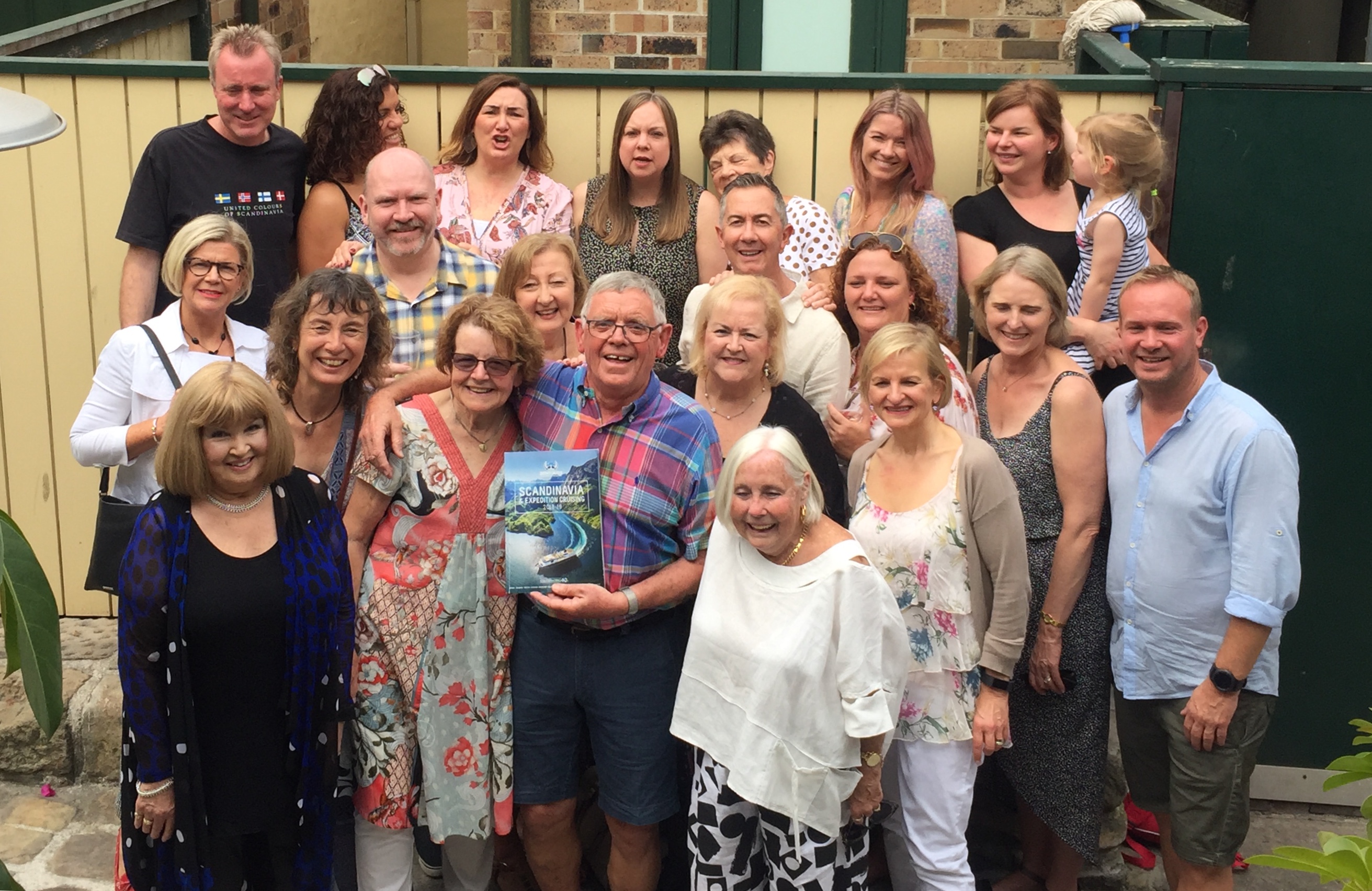 Bent reflected back into Bentours journey and mentioned some highlights of Bentours history;

The original Bentours was founded in the end October 1979 by Bent Ronnov and Jan and Peter Fowler as Scandinavian specialist selling Bennett coach tours. Bentours first brochure was published in 1980 in black and white!

Bentours was sold in 2003 to MyPlanet and Bent Ronnov and Judith Dryer left the company in 2006.

Bent spends his time between Denmark and Australia and has regular catch-ups with the old team members who, many of them, still work in the industry.

Agents and representatives from key sponsors including The Intrepid Group, Cover-More insurance, Cash Passport, Asia Escape Holidays and TravelPort gathered in Bangkok for a few days of celebration and reward.

As well as the anticipated networking and product launches, the group was treated to Thai cooking classes, river cruises, market haggling, fine dining, stunning views and more cocktail parties than you could shake a paper umbrella at.

The MTG Winners Circle represents the elite of the 780 member My Travel Group and the annual trip is a reward for their individual sales performance and commitment to promoting preferred partner’s products.

My Travel Group recently hosted their top-performing members to a memorable time in Bangkok thanks to our great sponsors, The Intrepid Group, Cover-More insurance, Cash Passport, Asia Escape Holidays and TravelPort.

Your Travel & Cruise members will be the first to take part in a new luxury travel training program aimed at helping them tap into the profitable high-end market to boost their bottom line.

Developed in conjunction with the host agency’s training partner organisation Travel Training Australia, the course is initially being offered exclusively to Your Travel & Cruise’s network of home-based agents.

The Luxury Travel Specialist Accreditation consists of seven modules including luxury destinations, experiences and suppliers; What is Luxury Travel; Who is the Luxury Client; and how to market and sell the sector, as well as a practical component where agents experience some luxury first-hand.

On completion of the course, members receive Luxury Accreditation status and access to an exclusive Your Travel & Cruise Luxury logo (attached) to highlight that they are a Luxury Cruise Specialist in any advertising and promotions. 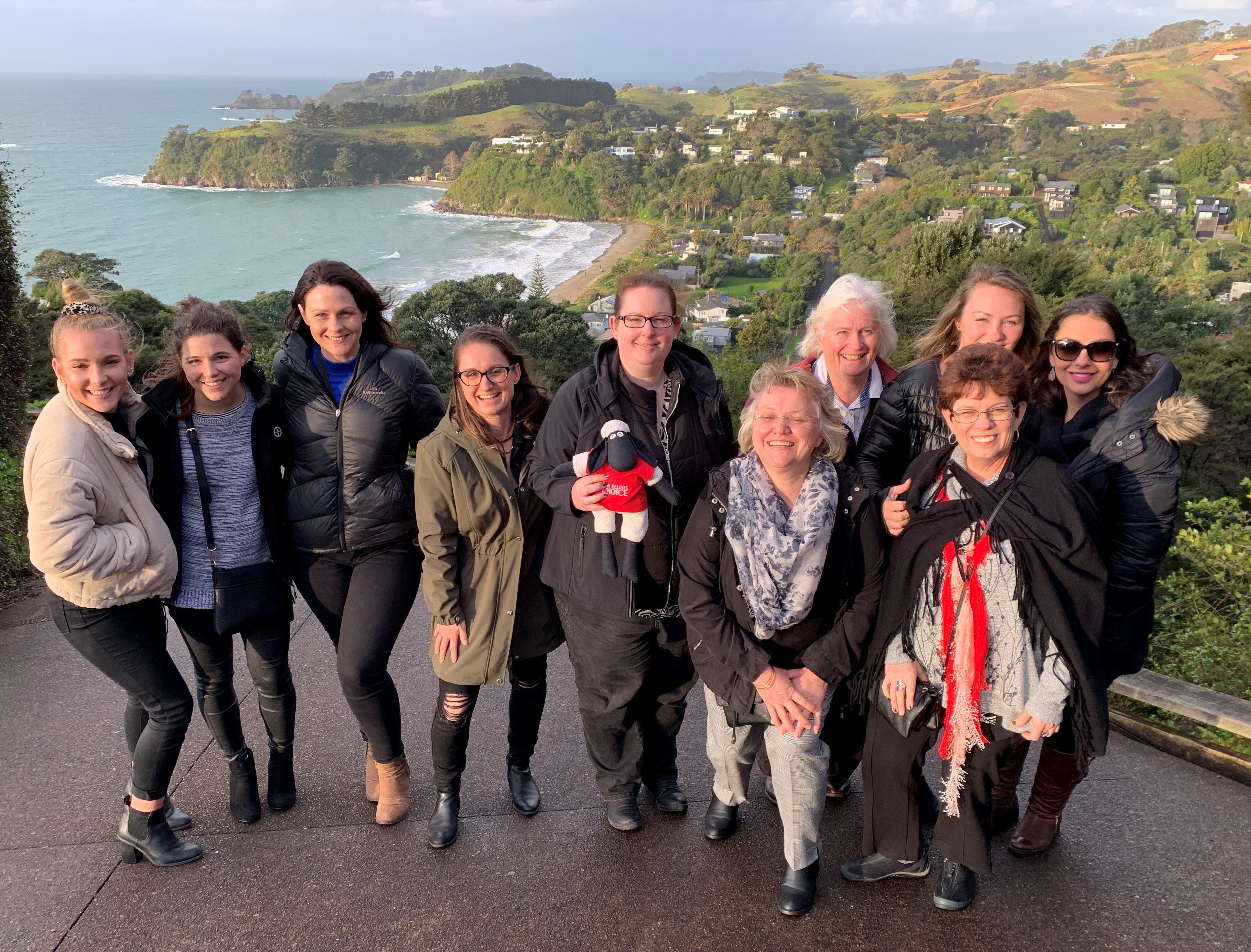 The exclusive six-day educational – hosted by ANZCRO and Air New Zealand – began with a drive from Auckland to Paihia in the beautiful Bay of Islands, from where they explored the region.

Highlights included a cruise to the famous Hole in the Rock on Motukokako Island and a trip to Waitangi, signing place in 1840 of New Zealand’s founding document, the Treaty of Waitangi between the Māori tribes and the British Crown.

The group also took a full-day tour to Cape Reinga (Te Rerenga Wairua) at the very top of the North Island – a wild and relatively untouched region, rich in Maori culture. As Marita Behrendorff from Aspire Travel & Cruise in Maryborough, Queensland, discovered, it’s home to some spectacular and fun scenery. 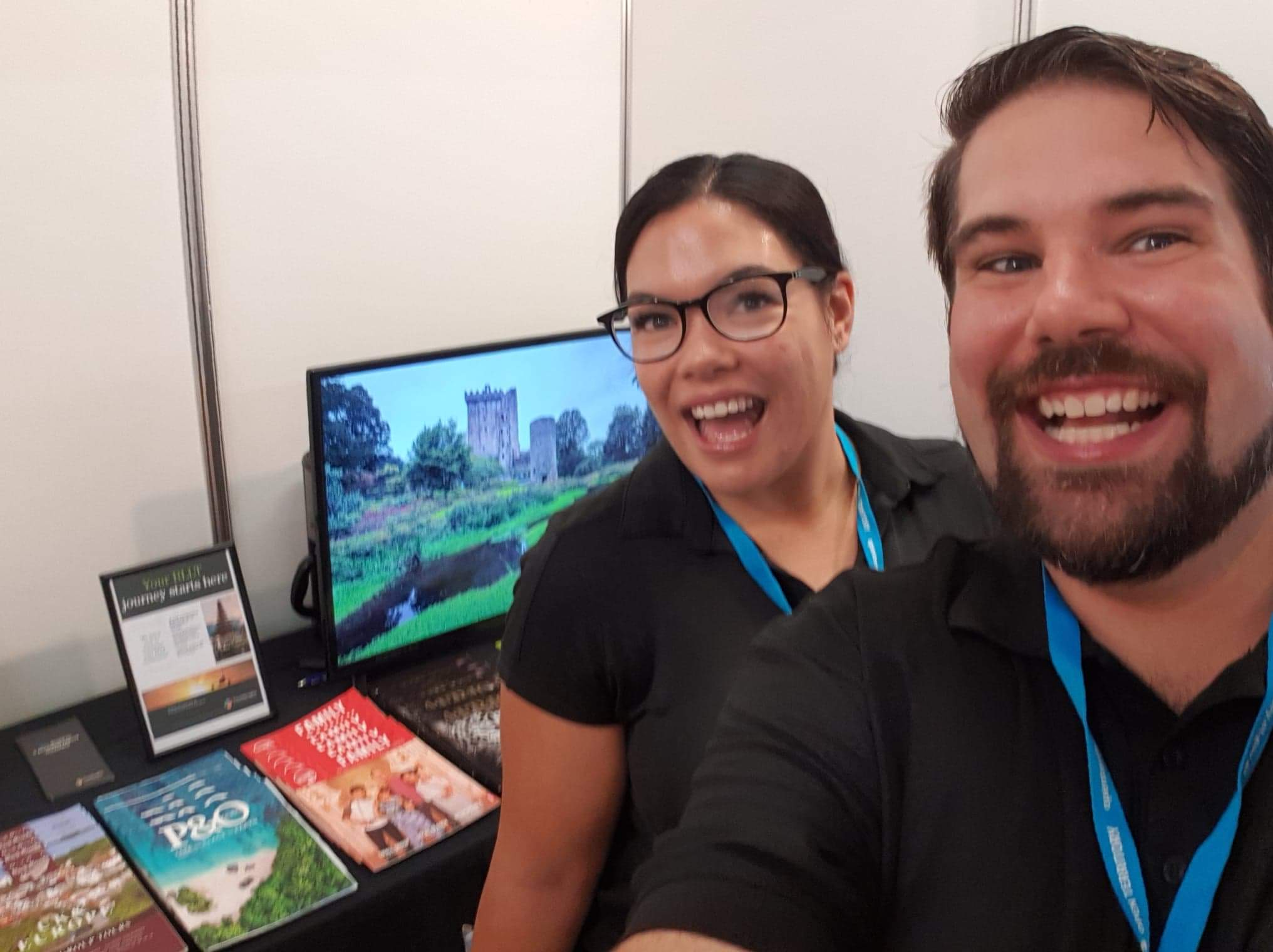 It’s a long journey in more ways than one from running food and wine tours in Tasmania to setting up as a personal travel manager (PTMs) in Darwin. But that’s exactly what one of TravelManagers’ newest members has done, leaving the cellar door behind and bringing with him his passion for travel.

Tom Garnham joined TravelManagers in February this year, and as a representative for Tiwi has become the company’s fourth Northern Territory-based PTM, with two more having joined since. 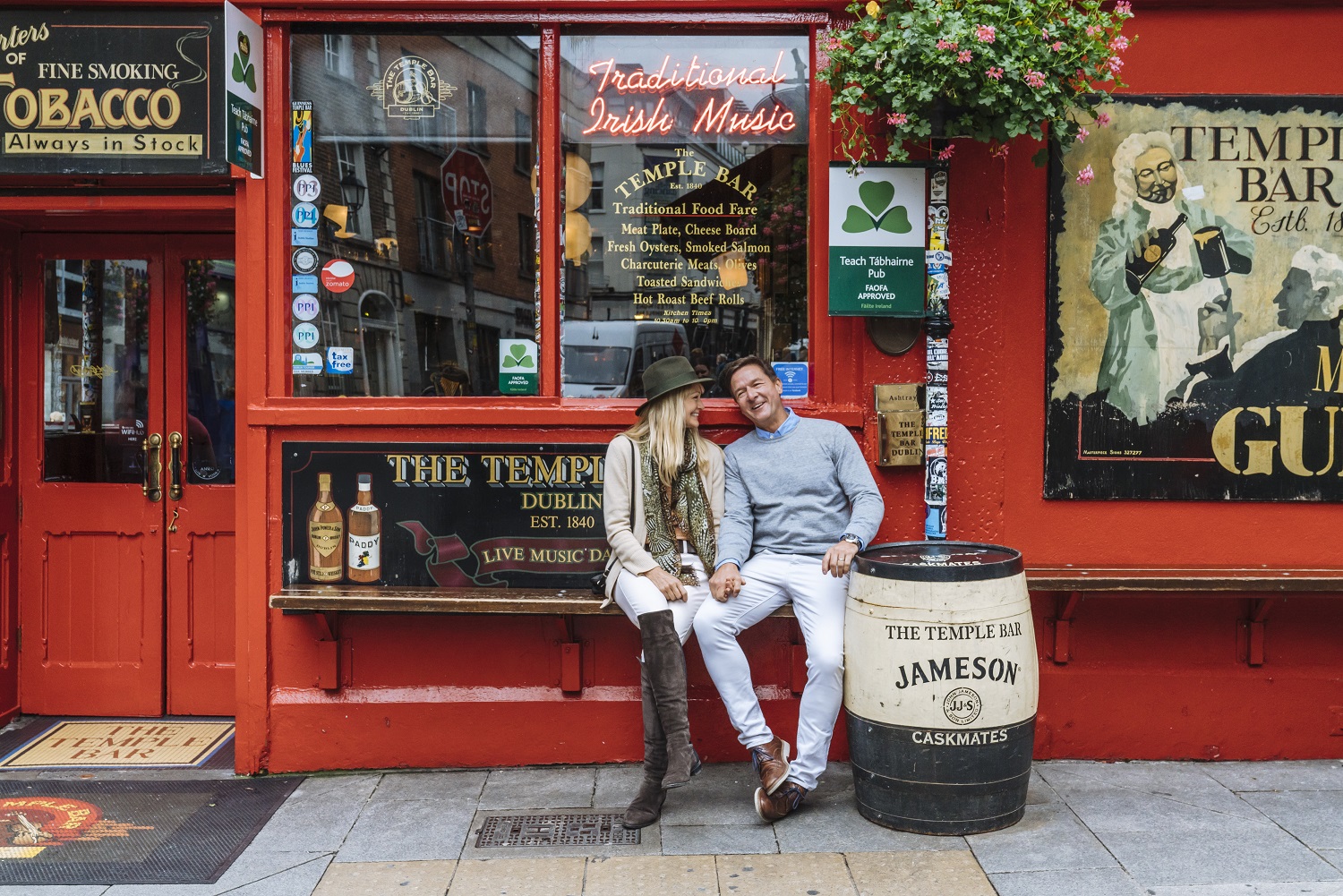 Trafalgar announced the location of its 2020 Acclaim rewards trip. Supporting the brand’s deep-seated and ongoing commitment to making a positive impact in the places they visit, 2020’s Acclaim itinerary will focus on experiencing the brand’s JoinTrafalgar initiatives in the magical Emerald Isle.

For more information surrounding how agents can qualify, and to stay up to date on the trip, announcements including trip dates as well as anything and everything Acclaim, get in the know here.

Globus family of brands (GFOB) has just announced the competitors for round one of the highly anticipated Travel Champions Gameshow, taking place next Wednesday, 13 November.

Hosted by TV presenter James Kerley at a purpose-built studio in Sydney’s Entertainment Quarter, the night will kick off with a cocktail party before guests head to the studio for the main event. The first round of the long-awaited gameshow will feature travel agents from all states and territories across Australia, including representatives from Flight Centre, Bicton Travel, Helloworld, Travel Managers, italk travel, Devonport Travel & Cruise and RAA.

To join the audience for an exciting, fun-filled evening, email sales@globus.com.au. But you’ll need to get in quick, limited spaces remain! Agents sitting in the audience will also be in the running to compete in round two to win an Avalon Waterways river cruise for two and title of Travel Champion, with five spots being announced in studio on the night.