ACCC told to keep its eye on Aussie airlines

The Australian Competition & Consumer Commission (ACCC) has been directed by Treasurer Josh Frydenberg to monitor and regularly report on the domestic air travel market.

In a press statement, the ACCC revealed it would be monitoring Australia’s air travel market over the next three years, with a particular focus on early signs of damage to competition, which it said could harm the long-term interests of consumers.

The monitoring regime will inform the ACCC and Commonwealth about the rate at which Qantas, Virgin Australia, Regional Express Airlines, and Alliance Airlines are increasing capacity on domestic routes.

“This will provide insight into whether an airline could be adding additional flights to a route in an attempt to damage a competitor or drive them off the route,” the ACCC said in a statement.

According to the consumer watchdog, the ACCC was directed by Treasurer Josh Frydenberg to monitor the prices, costs and profits of Australia’s domestic airline industry and provide quarterly reports to inform government policy.

The direction under Part VIIA of the Competition and Consumer Act will enable the ACCC to require information from relevant companies over the next three years.

It comes in addition to the existing direction to the ACCC to monitor and report on prices, costs and profits and the quality of aeronautical services, and car parking at Australia’s four major airports.

Moreover, it also comes amid an ongoing investigation into whether Qantas’ acquisition of a 19.9 per cent ownership stake in Alliance Airlines “represents a breach of competition law”.

Qantas said it continues to cooperate with the ACCC’s investigation, which has now been running for 16 months, and maintains its shareholding is entirely passive.

“Qantas has not sought board representation and has had no influence on the management of Alliance Aviation,” the airline said in a statement.

“Since Qantas became a shareholder, Alliance has continued to expand in competition with Qantas and others in the charter market. In announcing its record half-year results in February, Alliance said it continues to be ‘the preferred airline for the Australian mining and resources sector’.

“The shareholding has given Qantas more exposure to earnings from the resources sector, which is one of the few bright spots in the current domestic market and is primed for further growth.” 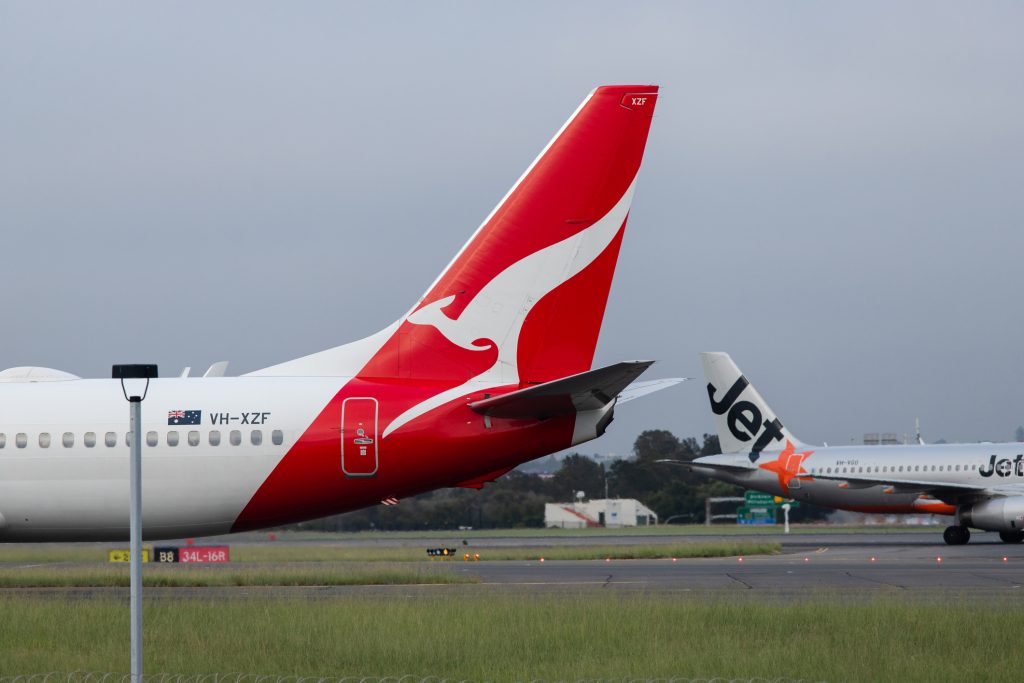 Meanwhile, the Transport Workers’ Union (TWU) said it welcomed the move to monitor competition in Australia’s domestic market, particularly off the back of Qantas’ $19 local fares, which the union said was a move to “try and knock Virgin out of the market”.

“The focus must be on ensuring that air travel is affordable, reliable and serves regional Australia,” TWU national secretary Michael Kaine said.

“We hope the federal government intends to act on any problematic activity that the ACCC flags which could have massive implications for other industries across Australia that depend on air travel.”

A Qantas spokeswoman told Travel Weekly that the group’s return to flying would be good news for consumers.

“Australia’s aviation sector is extremely competitive and all indications are that it will remain that way,” she said.

“What the ACCC can expect to find through its monitoring in the near term is Qantas and Jetstar flying its domestic aircraft to generate cash rather than leaving them on the ground costing money.

A Virgin Australia Group spokesman said the airline welcomed the news from the ACCC.

The news comes after Qantas wrote to its customers last week to remind them that they are entitled to a refund if their flights were cancelled due to COVID-19, following weeks of pressure from the ACCC over concerns travellers were not adequately informed of their rights to receive a refund.

However, the consumer watchdog said even the most recent communication by Qantas to consumers is not particularly clear.

In response, a Qantas spokesperson told Travel Weekly: “Travel restrictions have triggered an unprecedented level of change in recent months, with well over a million Qantas bookings moved, refunded or turned into credits.

“We’ve worked hard to explain people’s options, especially during the period of time when there were almost weekly changes to where you could fly.

“We didn’t think it was unclear to begin with, but we’ve written again to a group of customers in the window of time that the ACCC is concerned about to make sure they know what alternatives are available to them.

“We hope the ACCC is not inferring that we haven’t done the right thing by our customers, particularly given the efforts we have made to manage an exceptional level of upheaval.”