Television ads showcasing the “happiness” of Fiji will air around the world this weekend as tourism officials kick of a global marketing campaign.

A series of 60, 30 and 15 second commercials have been created, the culmination of a new “strategic direction” at Tourism Fiji.

The ads – the 60-second commercial can be viewed by clicking here – were previewed to the trade in Sydney last night.

Using the slogan “Fiji – where happiness finds you”, the commercials focus on the people and scenery of Fiji, coupled with the themes of relaxation, families, surfing and adventure.

Tourism Fiji chief executive Rick Hamilton said the Fijian people were central to the advertising campaign with the ads building on a 2011 survey which voted Fiji the “happiest place in the world”.

“When you think about it, the whole world is continually looking for happiness but actually, it’s Fijians, the people who are trying the least, who have it the most,” he said.

The launch of the ads will come as some relief to Tourism Fiji which was forced to delay production for almost six months following last December’s cyclone that wreaked havoc across the islands.

The cyclone was also partially responsible for a “soft” year out of Australia, Hamilton said.

Hamilton used last night’s launch to outline Tourism Fiji’s fresh approach to its marketing and to explain the rationale behind its decision to create a new trade show to rival Bula Fiji Tourism Exchange.

The Fijian Tourism Expo will take place early next May, three weeks before BFTE.

“We are here to promote tourism, we are not here to make money and that is very important,” Hamilton said in a clear dig at the private, profit-making enterprise behind BFTE.

The former Flight Centre executive, who joined Tourism Fiji nine months ago, told Travel Today he “had tried to engage” with BFTE organiser David Voss but without success.

“The reason we are doing this is to look for opportunities where we can grow our markets, where we can help the tourism operators do better on the international stage,” Hamilton said.

In a barely-disguised criticism of BFTE, he said sellers should have flexibility over the design and size of their booths and to host buyers “how they think they should be hosted”.

Exhibitors will not be "confined to a 2×2 booth", he said.

“That hasn’t really happened. We had one UK buyer at BFTE last year. One. It’s very important that we incentivise to get these guys down here and I believe that Tourism Fiji can do that.

“We also want to make the show more financially attractive to those people, particularly on the outer islands, who can’t afford it.

"Will it work? Time will tell but we think it will."

But it is the presence of neighbouring Pacific islands at BFTE which remains the biggest barrier for Tourism Fiji, he said, with Hamilton suggesting the South Pacific Tourism Organisation should be responsible for creating an event for smaller Pacific destinations.

Turning to the restructure at Tourism Fiji, Hamilton said marketing will be centralised in Nadi under the leadership of Ken Freer, formerly of Tourism New Zealand, who has been appointed global marketing director.

Previously, each market handled its own marketing, leading to a fragmented message, he said. .

“In order to have a global brand, and to be successful, you need to have consistency with your brand,” Hamilton said.

Regional directors, meanwhile, will have a more sales-focused role while in Australia, greater emphasis will be placed on Queensland, a state that has been neglected in the past.

In a further move to consolidate its message, nine individual websites have been replaced with a single site while eight Facebook pages have been whittled down to one.

Hamilton also emphasised the importance of the trade with “seven or eight out of 10” visitors to Fiji booking through the trade.

New trade marketing collateral will be produced including an image-heavy 24-page brochure that will showcase "One day in Fiji", while an app is also on the cards. 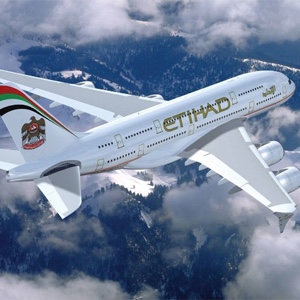 Record growth for Etihad with LA in its sights

The government has channelled its inner Justice League to unite five tourism experts for a good old-fashioned brainstorm.