Tourism Australia has set its sights on the youth market, as managing director Andrew McEvoy insisted under 30s are an “important market” to achieve its 2020 target of doubling overnight expenditure to $140 billion.

Speaking at the annual Tourism Australia industry briefing in Sydney this morning, McEvoy revealed plans to launch a global youth project in February next year to tap into the growth potential of under 30s travel to Australia.

The campaign will target under 30s visiting Australia on working holiday visas, and encourage them to extend their stay in regional areas.

Travellers from Singapore, France, and Japan will form the focus of the marketing push, along with growth markets in the UK and Italy.

Noting that the youth market currently comprises 25% of all arrivals, McEvoy branded under 30s as an “important target segment” that had significant growth potential as the firm forges ahead with its 2020 targets.

“The global youth market is important for us. They stay longer, disperse more widely, and spend an average $9000 per trip,” he told the conference.

McEvoy remained confident the youth project would put Australia “in front of the eyes” of youth travellers, but more importantly, it would encourage them to promote Australia back home.

“Not only will these people come here to work and support our tourism industry, but they will also go home, advocate our country and eventually come back,” he added.

Meanwhile, McEvoy stressed the importance of Asia in achieving its ambitious 2020 goals, but reinforced Tourism Australia’s commitment to traditional markets including the UK and Europe.

“There is no denying Asia has huge potential, but US numbers are returning to growth and the UK has held up well. We are being really active on traditional markets and haven’t looked away from them.” 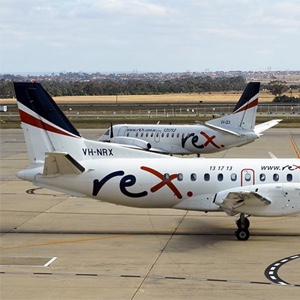