From April 2014, Queensland will account for 59% of Tigerair Australia's total capacity with the announcement of Brisbane as its third base and the launch of three new routes.

The low cost carrier will fly from Brisbane to Adelaide from March 11, with Brisbane-Cairns and Brisbane-Darwin services to commence on April 15. The routes will be served by two brand new Airbus A320 aircraft which will be based at the airport, making Tigerair the only budget carrier to have a Brisbane base.
Collectively, the new routes will add 800,000 seats into the Queensland market with chief executive Rob Sharp branding them a "shot in the arm" for tourism.
Budget travel currently accounts for 19% of Brisbane capacity, well below the Sydney and Brisbane figures of 26% and 33% respectively, he revealed.
"It was quite obvious there was an underserved market here," Sharp said. Tigerair's existing services into Brisbane were operating well so it was a "logical step forward" to create a new base here.
"Our fares have been proven to stimulate markets and we strongly believe in the potential this new base presents," he said.
While the changes will create 120 new jobs at Brisbane Airport and a further 30 in other states, the airline promised the growth would occur in a "step by step" fashion in order to fulfill the stipulations of the Civil Aviation Safety Authority.
"It's not an easy process and in the past in some instances it may not have been well done," Sharp admitted. "But that was before our time and we are now looking forward."
He described the network changes as a "springboard" for the airline to move towards sustainable profitability following on from Virgin Australia's acquisition of a 60% stake in the airline.
"It allows us to align airline capacity within the group which means we can better service the leisure and business market."
State minister for tourism Jann Stuckey said the capacity boost would help it in its goal of growing international visitation to the state due to better connectivity. She also welcomed last week's announcement of a new service from Sydney to Proserpine on the Whitsunday Coast.
"We're very please the relationship we've had with Tiger since 2007 has been strengthened in this way," she said.
Brisbane Airport chief executive Julieanne Alroe said the announcement acknowledges the "vital role of Brisbane Airport as an aviation hub", also highlighting major developments underway at the airport including the plans for a new international terminal unveiled this morning.
The airport has also collaborated with Tigerair Australia on a series of innovations being devised in partnership with Brisbane Airport such as new bag drop technology, which launches today along with self services kiosks which are currently being implemented.
Meanwhile, the airline will commence Sydney-Adelaide services with the two new Adelaide routes to grow existing services to the South Australian capital by 70%.
All new routes go on sale today. 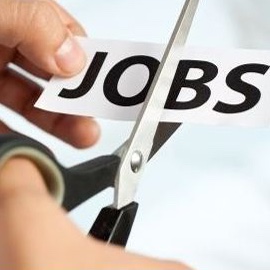 Australia’s second-largest carrier has announced a raft of changes to its fleet and network following a strategic review. Find out how you and your clients will be affected here.