Switzerland seldom features on the itineraries of European visitors, but these five destinations prove just why the country should be included on your next escorted tour or independent holiday.

Once you overcome its reputation for clock-construction and cheese making, you'll discover the country has a fascinating history to discover plus some of Europe's most captivating alpine scenery.

Better still, our selections are places that many business travellers to the country, and indeed even leisure travellers, may not have called into.

Sure, Geneva and Zurich are business capitals of world renown and have plenty to recommend them otherwise, but these five destinations will give you a taste of, excuse the pun, what really makes Switzerland tick.

Located virtually smack bang in Switzerland’s geographic centre, this city is both a transport pivot and a cultural nexus. Home to a modest 76,000 residents, beautiful Lucerne sits on an eponymously named lake and looks onto soaring peaks like Mt Rigi and Mt Pilatus. The town’s iconic wooden Chapel Bridge traverses the gently flowing Reuss River and has stood in one form or another since the 14th century. The Old Town is a patchwork of half timber houses and Renaissance era architecture while the famed Lion Monument, carved into a rockface, recalls the sacrifice of over 200 Swiss Guards massacred in Paris during a bloody episode of the French Revolution.

Situated near the Italian frontier in Switzerland’s far south west, this ski town with less than 6000 residents is watched over by the jagged Matterhorn. Mountaineers have made a beeline for Zermatt since the mid 19th century but today it caters mainly for skiers. Chair lifts, cable cars, a stunning rack railway to Gornergrat, and the Glacier Express railway all take guests high into the Alps, where incredible mountain vistas await. Combustion engine cars are banned from the streets here to preserve the mountain air – only electric vehicles are permitted. Access to remote Zermatt is only by train or by special taxi from nearby Tasch.

The de facto Swiss capital sits in the central west of the country and the city proper has a small population of only around 100,000. The medieval Old Town of Bern will astound; its historical qualities are such that it has been a UNESCO World Heritage listed site since 1983. Adding to its prettiness, the Aar River flows around three sides in a horseshoe pattern. It’s home to Switzerland’s tallest cathedral, The Munster of Bern, first built in 1421. For the bold, its accessible bell tower rises a dizzying 100 metres above the town. Speaking of bells, the Zytglotte, or time bell, is a 13th century clock with moving puppets. If that’s not enough, Albert Einstein’s house is also found here.

Searching for Switzerland’s most beautiful town? Well, Interlaken stakes a pretty good claim. Located in the Bernese Oberland of the Swiss Alps, it is the gateway to the region’s magical lakes and mountains. The town is also located close to one of Switzerland’s other famous peaks, the mighty Jungfrau. The town sits between glorious Lake Thun and Lake Brienz and is the site of the 12th century Interlaken Abbey, once a seat of the Holy Roman Emperor. It’s been a tourist magnet since the early 1800s and the Jungfraujoch, a saddle near the mountain’s summit is home to Europe’s highest railway station, some 3454 metres above sea level.

It’s unlikely that all but the most grizzled travel veterans would know of Bellinzona, but it deserves greater acclaim. This city of three castles is a medieval treasure. Castlegrande has stood since Roman times, dating to the 1st century; its greying exterior and crenellated ramparts still majestic. Second is the Montebello Castle, relatively youthful, harking back only to the 14th century. Then there’s the exotically named Sasso Corbaro, which stands outside of the city’s walls. Perhaps due to its isolation, a grim feature of the castle is its machicolations, through which burning oil was tipped on invaders. Happily, modern Bellinzona is much more welcoming. 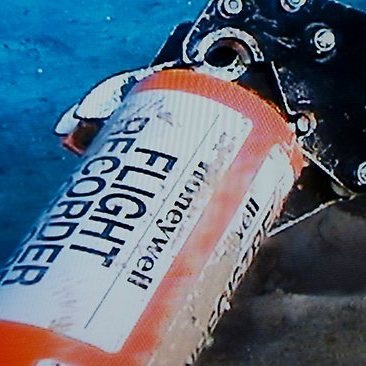 As the weeks roll on, more and more destinations are turning digital to keep the travel dream alive. Try these ones on for size.

Similarly, Travel Weekly’s office dog is sharing the love with her favourite teddy bear. Perhaps a little too much love, if you get what we mean.

All aboard this week’s road and rail extravaganza! Check out all the latest sales, incentives and news from the world of trains, bikes and automobiles. But please, don’t forget to stamp your ticket on the way out.

Meanwhile, Travel Weekly’s deputy editor is holding her housemate’s cat hostage so she doesn’t have to do this week’s toilet paper pick up at Woolies.