Sailing the Med in stunning luxury

In little more than 24 hours, I swam in the warm waters off a Greek island, took in the ruins of a Roman theatre in Sicily, witnessed a spectacular lava flow and "played" golf at Pebble Beach.

And that was just part of life aboard a five-star luxury mega-yacht voyage between Athens and Rome.

Fortunately, there wasn't much I had to do for myself. Even my sunglasses are cleaned as I lounge on the sun deck of Sea Dream 1.

My fellow cruisers are enjoying cocktails on demand, a quick water spray if the heat's getting up, or an ice-cream sandwich.

Nothing quite prepares you for the "sailing-not-cruising" experience Sea Dream Yacht Club promises its passengers.

Sure there's the promotional blurb telling you all about its casual perfection, almost one-on-one service, five-star cuisine and a promise to "splendidly spoil" you.

And the myriad testimonials recalling a "really memorable" experience or being treated like kings and queens.

On Cruise Critic, three out of four reviewers say they "loved" their trip. We're soon to find out that the one in four not so impressed must be very hard markers.

And if that isn't enough, our yacht is rated one of the best small ships on the planet.

Not bad for a boat and its sister ship – Sea Dream II – both more than 20 years old and deemed superfluous by one of the biggest cruise operators in the world.

The Sea Dreams chase the sun: between May and October they're sailing in the Mediterranean; for the rest of the year they're in the Caribbean.

There's good reason for this and one apart from just enjoying the warm climes and basking in the sun. Alfresco use of the ship is encouraged.

So you can dine outdoors on some evenings or even sleep under the stars on Balinese dream beds.

It's hard to imagine a more sublime moment of gastronomic intimacy than enjoying five-star cuisine while taking in a twilight view of Hydra, a magical island off the coast of southern Greece.

Or waking to a sunrise on one side and the majesty of Taormina on the other, sitting atop the steep cliffs of eastern Sicily.

On this seven-day voyage, the sailing itinerary is designed to maximise both the onboard and onshore experiences.

Every day you breakfast off a new port, many where those towering monstrosities – aka mega cruise ships – can't or thankfully won't go.

A tender takes you ashore and back on demand, just one of the many features of an "it's-all-about-you" service philosophy.

Don't like the European way we make your bed (that's two single doonas). No problem, we'll do it the English way (one doona) and remember it for the next time you cruise.

You're Australian? Here's Vegemite for your toast.

Need a bike to cycle from Galaxidi, a quaint little Greek fishing village, to an idyllic beach a few kilometres away. No problem, we'll get the tender to bring them ashore straight away.

A walk past the bridge prompts the officer on duty to invite you for a guided tour.

You have a sore neck? How about a quick massage? Need a bit more pampering? There's a beauty salon, a great spa – comprising three treatment rooms – and sauna.

Need a workout to keep at bay the-almost-impossible-to-avoid consequences of so much luxury? There's a well-appointed gym with a view over the bow.

With nearly one crew member for each of the maximum 112 passengers, the impeccable and seamless service is casually punctilious.

Genuine smiles and a willingness to please are in abundance and all the crew – drawn from 25 nationalities – are happy to chat about their experiences of the next port or their families back home.

The 54 oceanview cabins are almost identical, and each has relatively spacious sitting area with a couch, flatscreen TV with DVD player and well-stocked minibar.

The compact bathrooms come with a generous supply of Bvlgari toiletries, and the towels are replaced twice a day by the cheery cabin stewards.

Eight of the cabins can be combined with the cabin next door to create a double or "commodore" suite, while there are two larger suites with separate bedrooms.

Cocktails and hors d'oeuvres are served in the main salon before dinner. The very stylish dining room is more than matched by a daily changing menu and surprise treats.

There's also a selection of European, US and Australian wines.

After dinner it's off to Top of the Deck Bar or a drink by the piano where guests can sing along – sometimes badly – to a whole host of popular songs.

A small casino is also in operation.

By day you can choose to do nothing or experience myriad land adventures including a visit to Delphi, the underground Lake of Melissani, an ascent of Mt Etna, a tour of Pompeii or a discovery tour of Capri, the Island of Love.

In Amalfi, there's time to enjoy the local cuisine and nightlife.

Each night Hayden, our New Zealand-born cruise director, offers insights and tips on how to get the most out of on-shore excursions.

Back on board, guests can take advantage of the water sports marina – featuring glass-bottom kayaks, water skiing, sailboats, snorkelling or just plain swimming.

A golf simulator offers a virtual reality round at some of the world's best courses, including Pebble Beach in California and St Andrews in Scotland.

But for all the luxury on offer, it's tough to beat nature.

Between Taormina and Amalfi we sail through the Strait of Messina, separating Sicily and Italy, and past Mt Stromboli – nicknamed Lighthouse of the Mediterranean.

That's because it's one of three active volcanoes in Italy.

Stromboli has been in almost continuous eruption for the past 2000 years and while tonight's "show", we're told, is not nearly as spectacular as the reverse voyage the week before, the sight of lava flowing 900 metres down the mountainside to the sea is breathtaking.

When it all comes to an end – unfortunately nothing lasts forever – you begin to understand why 40 per cent of Sea Dream's business comes from repeat clients.

GETTING THERE: Sea Dream Yacht Club cruises depart Athens, Rome, Venice, Istanbul, Dubrovnik, Barcelona on 7, 10, 11, 12 and 13 day cruises between May and October.

ANZAC: Sea Dream has a nine-day cruise from Istanbul to Athens that takes in Gallipoli, away from the madding crowds of centenary commemorations a few weeks earlier.

WHAT YOU GET: The inclusive voyage fare includes ocean view accommodation, gourmet meals, gratuities, wine with lunch and dinner. Land adventures are optional extras. Expect to pay from about $5800pp (based on double occupancy) for a seven-day voyage; $8000 for 10/11 days.

* The writer travelled as a guest of Sea Dream Yacht Club. 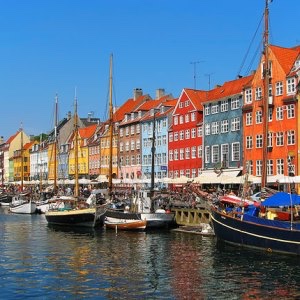 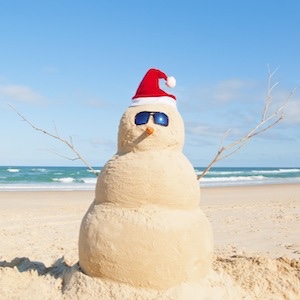