Princess Cruises has reported a “great start” to 2014, as it prepares to carry a record number of Australians in the summer season.

“More Australians are now spending more nights on Princess trips that with any other cruise line,” vice president Australia and New Zealand Stuart Allison told media at an event in Sydney yesterday.

“For the forthcoming season, we’ve made a number of changes to the program to make it even more appealing to Australians.”

Among those changes are two-thirds more round trip sailings, which are popular with the local market, and a new five-night sampler cruise aboard Diamond Princess, giving Aussies the chance to try out the features of her $30m upgrade, including a Japanese bathhouse and new sushi restaurant, before committing to a longer voyage.

Meanwhile, Allison revealed that an increasing number of its passengers are trying its voyages in Asia.

The coming months will see Princess expand its presence in the region, with its largest deployment to date with Sapphire Princess leading the charge.

“During Sapphire Princess’ Asia deployment, we will offer more destinations from Singapore than any other cruise line, with 15 roundtrip departures calling at seven countries and 16 ports including Bangkok, Ho Chi Minh City, Kuala Lumpur, Penang, Koh Samui and Langkawi,” he said.

The range of Singapore itineraries is proving particularly popular with Australians which accounts for the most sales of all of the cruise lines major markets. Japan is also seeing encouraging sales. Diamond Princess and Sun Princess will sail from three homeports between April and October, offering 42 departures across nine itineraries.

“Australians want to cruise to exotic destinations close to home so that’s a big part of Asia’s appeal,” Allison said.

“The beauty of our cruises is that they combine the region’s most desirable destinations in one holiday where our guests can unpack once and wake up in amazing locations.” 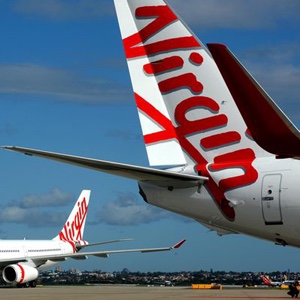 While it is a beautiful name for a ship, we imagine that Coral Princess is also a good name for a royal female marine biologist.