The spicy scent of Cape Verdian cuisine wafts down its winding alleyways, where palm trees sway among a colourful bric-a-brac of houses perched high above Lisbon.

Taxi drivers refuse to venture after dark into the belly of Cova da Moura, a drug-trafficker's haven half an hour north of the capital that was long seen as one of Europe's most dangerous slums.

But by day tourists – about 1000 a year, including academics, architects and sociologists – are now willing to pay the five euro price for a tour of its narrow, history-filled streets.

On this autumn day, a group of a dozen Germans stand poring over giant graffiti depictions of Nelson Mandela and Martin Luther King.

"These are idols for many of us," explains their 27-year-old guide Reginaldo Spinola, originally from the once-Portuguese Cape Verde islands like three quarters of local residents.

Inspired by the favela circuits launched in Brazil in recent years, the visits have a twin goal: "to clean up the neighbourhood's image as a drug and crime haven, and give the local economy a boost," said Miguel Lourenco, who runs the tourism project "Sabura".

"This isn't Montmartre or Barcelona's gothic quarter, but our cultural heritage can take visitors into the world of Cape Verde, its food, crafts and music."

Baseball cap twisted backwards, Spinola shakes hands and exchanges a few words in Creole with neighbours, as he tells the story of Cova da Moura.

"This is a little village of 7000 people – everyone knows everyone else."

The first to settle the hill above Lisbon were Portuguese returning from the colonies. But after Cape Verde's independence in 1975, they were joined by a mass influx of immigrants who built homes there illegally.

Along with men and women from former colonies Angola and Guinea Bissau, they flocked to Portugal at a time when it was hungry for cheap labour.

Forty years on, with the economic crisis biting hard, Cova da Moura is plagued with unemployment. Those who have work struggle as badly paid labourers or cleaners.

"A lot of young people sell drugs to put food on their families' tables," said Spinola.

Some have left to seek better fortune elsewhere, in Switzerland, Germany or France. "Cova da Moura is a gateway to Europe," Spinola said.

Others – armed with Portuguese qualifications – have headed home to Cape Verde, even though life there is now twice as expensive as Portugal.

Godelieve Meersschaert first came to Cova da Moura from Belgium in 1982, as a young psychologist looking for a new experience.

"I liked the neighbourhood, and I'm still here," she said.

Together with her husband Eduardo, originally from the Azores islands, she founded an association called Moinho da Juventude – Mill of Youth – which has been working to improve local living conditions, including fighting for access to running water and sewage.

These days, the softly-spoken 69-year-old is on a new mission – to save Cova da Moura from demolition.

"Ten years ago, city hall wanted to tear down the neighbourhood and offer the land up to property developers. It is very well located at the gates of Lisbon.

"They organised a campaign of slander on television to get people worked up against us," she said.

So from there came the idea of opening up the area to tourists, to show another side of Cova da Moura.

Police raids are frequent by night, but Cova da Moura is considered safe to visit – with a local guide – after sunrise, and the gangs seem to have reached a tacit decision to leave the tourists alone.

One dealer even had an abortive go at a new career as a tour guide – before he was sent to jail for driving without a licence.

Judging by the German tourists' reaction as they clap and cheer to a local rap video shot to denounce police violence – the PR operation is a success.

For Sabine Oster, a pharmacist from Frankfurt, the tours "show you the other side of Lisbon, instead of just visiting the same old monuments".

"Exploring Cova da Moura is more than worthwhile," she said.

So how bright does the future look for the neighbourhood?

Although new waves of immigrants continue to head to Cova da Moura, any new construction is banned.

"When a local resident dies, if his children live far away, the town demolishes his home," said Spinola, gesturing at a patch of newly-cleared land.

"They want to knock down the neighbourhood," he said. "It's a gold mine for developers."

In the middle of the 2000s the Portuguese government tried to bring local crime under control, while funding a major literacy campaign.

But in 2011, on the verge of bankruptcy, the state pulled out.

"The authorities are no longer doing anything at all for Cova da Moura," said the sociologist Elsa Casimiro, who has studied the neighbourhood and its close-knit community.

"But the area will survive, because there is a great solidarity here."

This campaign ain‚Äôt no bula 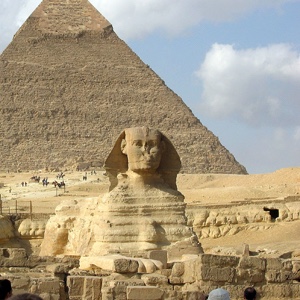 Brisvegas is enjoying a moment in the spotlight with IHG opening the first hotel of its new collection in the Fortitude Valley.

Looks like the iceberg that sunk the Titanic isn’t finished wreaking havoc just yet, with this unfortunately on-theme accident taking place at a giant replica of the doomed ship.