Visitation to the Philippines is on the rise, with Australian numbers up 9.6% in the first five months of the year despite a series of recent natural disasters.

The destination was struck by a 7.1-magnitude earthquake in October, followed just weeks later by devastating Typhoon Haiyan which wreaked chaos across central areas of the country with significant loss of life.

However, tourism appears to have emerged unscathed from the ordeal.

“Arrivals have gone up from 4.3 to 4.7 million in 2013 despite the fact that we had major calamities in the last quarter of last year,” Tourism Promotions Board Philippines chief operating officer Domingo Enerio said.

“We’d like to thank the Australian market very much for its support and cooperation."

Australia is the fifth market for Philippines in terms of numbers with over 200,000 visitors in 2013. However, it is the third most significant international market in terms of expenditure.

“We are going to be very aggressive with respect to promoting the Philippines as a tourism destination here in Australia,” Enerio confirmed.

The renewed push comes as low cost carrier Cebu Pacific prepares for the September start of its service between Sydney and Manila which is also expected to stimulate the market for travel to the destination.

Enerio revealed details of a social media campaign to be run in conjunction with Ripple Effect, and a new focus on promoting voluntourism.

In addition, 2015 will be promoted as Visit the Philippines Year, with more information about the campaign to be released shortly.

“Hopefully it will compel a lot if Australian tourists to come over to Philippines,” Enerio said.

Meanwhile, the growth of tourism has prompted the commitment to create an additional 12,000 rooms by 2016/17. Of those, 8,600 will be in Manila with others spread across island resorts such as Boracay.

“It really shows that there is a lot of interest, a lot of business is taking place,” Enerio said. He also highlighted the development of a new 50,000 seat arena.

"There's a lot of demand there," he said.

CTM acquires Avia in US expansion 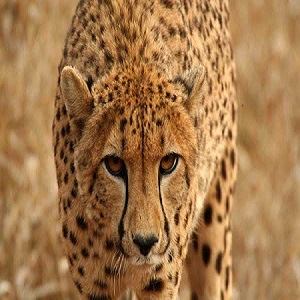 Take a walk on the wild side at Makutsi