Peak adventure travel brands will merge management to create a new business division under the leadership of Intrepid Travel managing director, James Thornton, with the aim of increasing industry support.

From October 1, Intrepid Travel, Peregrine, Geckos and Adventure Tours Australia will restructure to create one management team to oversee all brands, with each brand to have its own individual sales team.

Thornton told Travel Today that the move was designed to increase emphasis on the trade which generates more than 75% of sales across the brands.

"We think doing it in a combined environment is the way to go from a management perspective," he said.

The heads of each business unit will retain a place in the management team which will be headed by Thornton.

Jackie Burnside will continue to lead Adventure Tours Australia, while Glenyce Johnson will return from long service leave to take up the role of general manager sales with responsibility across all four businesses. Matt Willis will be general manager of Peregine and Geckos.

However, on-the-ground sales teams will be kept separate and will be expanded with brochures and websites to remain distinct. It is the first time that Peregrine and Geckos will have had separate sales representation.

"The brands are actually very different," Thornton said. Peregrine targets a more mature traveller while Geckos is now a youth specialist since its rebrand. Meanwhile, Intrepid continues to operate across all different arenas and Australian Adventure Tours occupies the domestic space.

The trade will be the "big winners" of the new arrangement, according to Thornton, with closer alignment enabling the brands to work on joint initiatives such as a new loyalty program to be launched later this year that will reward agents for selling multiple brands.

"It's the first time we have had the opportunity in the adventure space for agents to be rewarded by selling multiple brands and earning points no matter what Peak brand they sell," he said.

More details of the agent loyalty scheme will be released over coming months with its launch expected later this year. 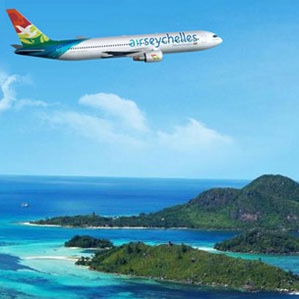