P&O Cruises has finally revealed the names of its two latest ships, after sifting through more than 30,000 suggestions from Australia and New Zealand.

In a large-scale drawing in the sand, the cruise line revealed the two names – Pacific Aria and Pacific Eden – as spectators watched on.

Port Macquarie artist, Chloe Dickey, was the person behind the sandy mural, etching the 20 metre artwork into the sands of Sydney’s Bondi Beach.

P&O Cruises said while it had been overwhelmed with ideas, the two names of Aria and Eden stood out from the rest, with a contemporary feel that reflects its holidays at sea.

“With ethereal and heavenly undertones, we thought Aria and Eden conjured up the happy, blissful and indulgent spirit of our cruise holidays,” Carnival Australia chief executive Ann Sherry said.

More than 93% of entries featured the word ‘Pacific’, consistent with the current P&O Cruises fleet, which includes Pacific Dawn and Pacific Jewel.

The most common entries used gem stones’ Diamond, Sapphire and Opal, with each suggested more than 500 times.

For coming up with the winning names, both Smith and Luxa have won a cruise for two on the inaugural voyage of the ships, as well as being invited to the naming celebrations.

Pacific Eden and Pacific Aria will debut in Australia in November next year, taking the cruise line’s fleet to a record five ships sailing from Australia to New Zealand.

Check out the timelapse video and images below: 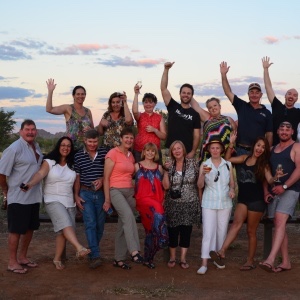 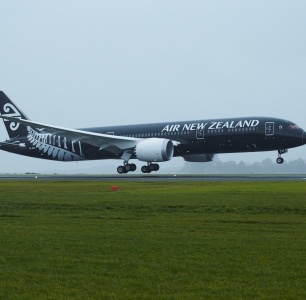