Tigerair has announced a 24-hour sale that will be running until midday Wednesday July 30.

Customers can purchase one of the 2400 limited fares to Melbourne, Hobart, Gold Coast, Sydney, Brisbane or Adelaide for just $24 when purchased online.

Registration is now open for Visit California’s 2014 Sales & Media Mission Agent Expos, where 20 travel and tourism companies from California will be represented down under at a trio of evening events.

FCm Travel Solutions has increased its presence in Latin America following the launch of the brand in the Dominican Republic.

Representatives from FCm and its partner in the Dominican Republic Emely Tours celebrated the new agreement with a function at Restaurante La Forchetta.

“Our new partnership with FCm provides a credible and progressive global network of travel product and resources that we can leverage to ensure out multinational customers are getting the best possible service and lowest prices,” Dominican Republic representative Julissa Rosario said.

Air New Zealand has apologised to the 227 passengers caught in an ongoing engineering-related delay to their flight between Honolulu and Auckland since Sunday night.

Nearly half the customers affected by the delays to NZ9 arrived in Auckland last night, while the remaining passengers continued to wait for a specific part to be fitted to the original plane, ready to depart at 7.30am Honolulu time today.

General manager of customer experience Carrie Hurihanganui said the airline repeatedly let its customers down and failed to adequately communicate the problem.

“We have made the decision that in addition to our unreserved apology we will also be compensating each customer $1000 in either cash or Airpoints Dollars,” Hurihanganui said.

VisitBritain has appointed Sally Balcombe as the CEO of the company, after working in the global travel sector as managing director of British Airways Holidays and chief marketing officer at Travelport.

Chairman Christopher Rodrigues has also had his term extended, placing emphasis on his priority to ensure inbound tourism continues to grow and provide jobs across Britain.

Accor and the Hotel Convenci√≥n have signed an agreement to open a new establishment in Madrid in 2016, operated under a franchise contract under the Novotel brand.

The hotel, which will be completely redesigned and refurbished, will feature 790 rooms, meeting spaces, and an outdoor pool on the roof terrace, making it Madrid’s third largest hotel.

Carnival Cruise Lines is celebrating the launch of its latest ship Carnival Legend with an exclusive overnight cruise in Sydney on Tuesday September 23.

Guests will be treated to a night in stateroom accommodation, all main meals and beverages, and a selection of entertainment and on-board activities.

Sunshine Park is being proposed by specialist water theme park developers Waterplay Pty Ltd, and will offer a wave pool, water slides, canoeing and other water based activities, along with a hotel, holiday village, restaurant and function facilities.

The project is set to boost the regions reputation as a family destination and is estimated to create up to 430 jobs in the construction phase and 250 jobs during its operation, with the first stages of development scheduled to begin in 2015.

Scenic Tours has partnered up with Channel Nine’s Today Show, with weather presenter Steve Jacobs broadcasting from Germany all next week.

Jacobs will be a passenger on board the Scenic Tours 15 Days Jewels of Europe River Cruise, which will see him sail from Budapest to Amsterdam along the Rhine, Main and Danube rivers.

A Jetstar crew member alerted a plane load of passengers that there were sniffer dogs waiting at the airport and suggested they flush their drugs before landing.

The announcement was made on a flight from the Gold Coast to Sydney on Sunday night, with many passengers returning from the Splendour in the Grass music festival.

“If you need to dispose of anything you shouldn’t have we suggest you flush it now” said the attendant as part of the quarantine announcement.

Jetstar confirmed the incident and said this was not up to the professional standards it expects and that the matter was being dealt with. 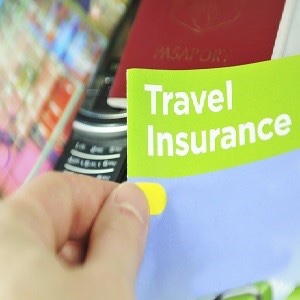 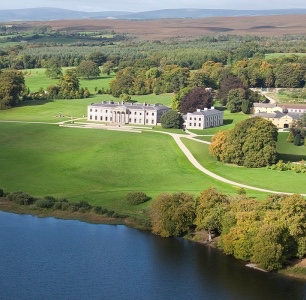