Lufthansa German Airlines created a new Premium Economy Class which will be launched gradually across the fleet between the coming northern autumn and summer of 2015.

Depending on the aircraft type, passengers will have 50% more space than economy with the seats up to 3cm wider, wider arm rests, the back rests can be reclined further and the seat pitch will be significantly more spacious at 97 cm.

SilverNeedle Hospitality is pleased to welcomes Russell Durnell as General Manager of NEXT Hotel Brisbane. Durnell brings to the role extensive national and international expertise in the pre-opening, opening and managing of award-winning hotels and resorts.

An accomplished industry leader with twenty years of experience in a diverse range of disciplines, Russell has held senior positions in operations, brand and marketing, industry engagement, sales and corporate relations.

The Brisbane Airport will get two new hotels with the new build Pullman and ibis hotel to be built at Brisbane Airport’s Domestic Terminal Precinct as part of a new $150 million development project.

Hotel operator Accor, which operates both the Pullman and ibis brands, welcomed the announcement which will see the construction of the first 5-star hotel for Brisbane Airport in addition to a 3.5 star ibis hotel to accompany the adjoining Brisbane Airport Conference & Meeting Centre.

Building on their commitment to supporting the industry via in-destination educational opportunities, Creative Holidays has been reaffirmed the release of its famil program for the next quarter.

The busy schedule includes multiple departures each month including the inaugural Creative Cruising agent famil, London and Paris, hotspots in Vietnam, Thailand and Malaysia and beaches of Hawaii and Fiji.

PromPeru’s website, www.peru.travel has been nominated in the category of World’s Leading Tourism Authority Website 2014 in this year’s World Travel Awards (WTA).

Often referred to as the 'Oscars of the Travel Industry', the WTA were established in 1993 to recognise and reward excellence in the travel industry, tourism and hospitality worldwide.

Effective early August 2014, Ponte will have direct responsibility for all marketing activity as well as ensuring a consistent and market leading customer experience across all touch points for the Travel Indochina business.

Canada’s global appeal continued to grow, with international visitor numbers climbing 5%, according to a snapshot report by the Canadian Tourism Commission (CTC).

The Canadian tourism industry has a bumper May with just over 1.5 million international travellers visiting, a 5% year-on-year rise, according to the latest Tourism Snapshot. Mexico, Japan, India and South Korean markets all produced double-digit gains.

From 1 August – 30 September 2014, Rail Europe GSAs will be releasing free travel days on the Eurail Select and Global Passes, entitling agents to pass on these value added travel benefits to their clients booking rail travel in Europe.

The latest airline to become a member of the Star Alliance, Air India is the first carrier in India to sign up for Travelport’s industry-leading merchandising technology.

Princess Cruises has announced that it has reached an agreement with the Italian shipbuilder Fincantieri to build a new ship, which will enter service in 2017.

Still unnamed, the 143,000-tonne vessel will cost approximately 600 million euros and will carry 3560 passengers. It features the successful design platform introduced by sister ships Royal Princess in 2013 and Regal Princess which entered service this past May. 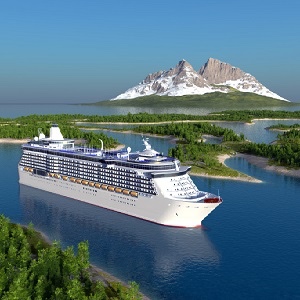 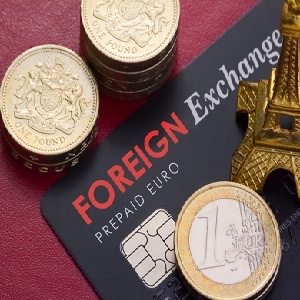 ATTENTION POINTS JUNKIES: want to make up for lost time from the COVID slowdown? Here’s a timely hack from Qantas and Accor.

The Aussie aviation player also described the acquisition as a “walk in, walk out” transaction. However, that’s not to suggest any bags of cash were handed over.